President Donald Trump is preparing to announce the withdrawal of approximately 4,000 U.S. troops from Afghanistan, according to a report from NBC News.

Current and former administration officials told NBC that the announcement may come as an early as next week, but the timing is not certain. There are currently between 12,000 to 13,000 U.S. troops in Afghanistan fighting in a war that has been raging on for over 18 years. (RELATED: Report: US Government Chronically Lied About Trillion Dollar War In Afghanistan)

Reports of the withdrawal come after the Washington Post released documents last week showing the United States government had been lying about the progress of the war for almost two decades. 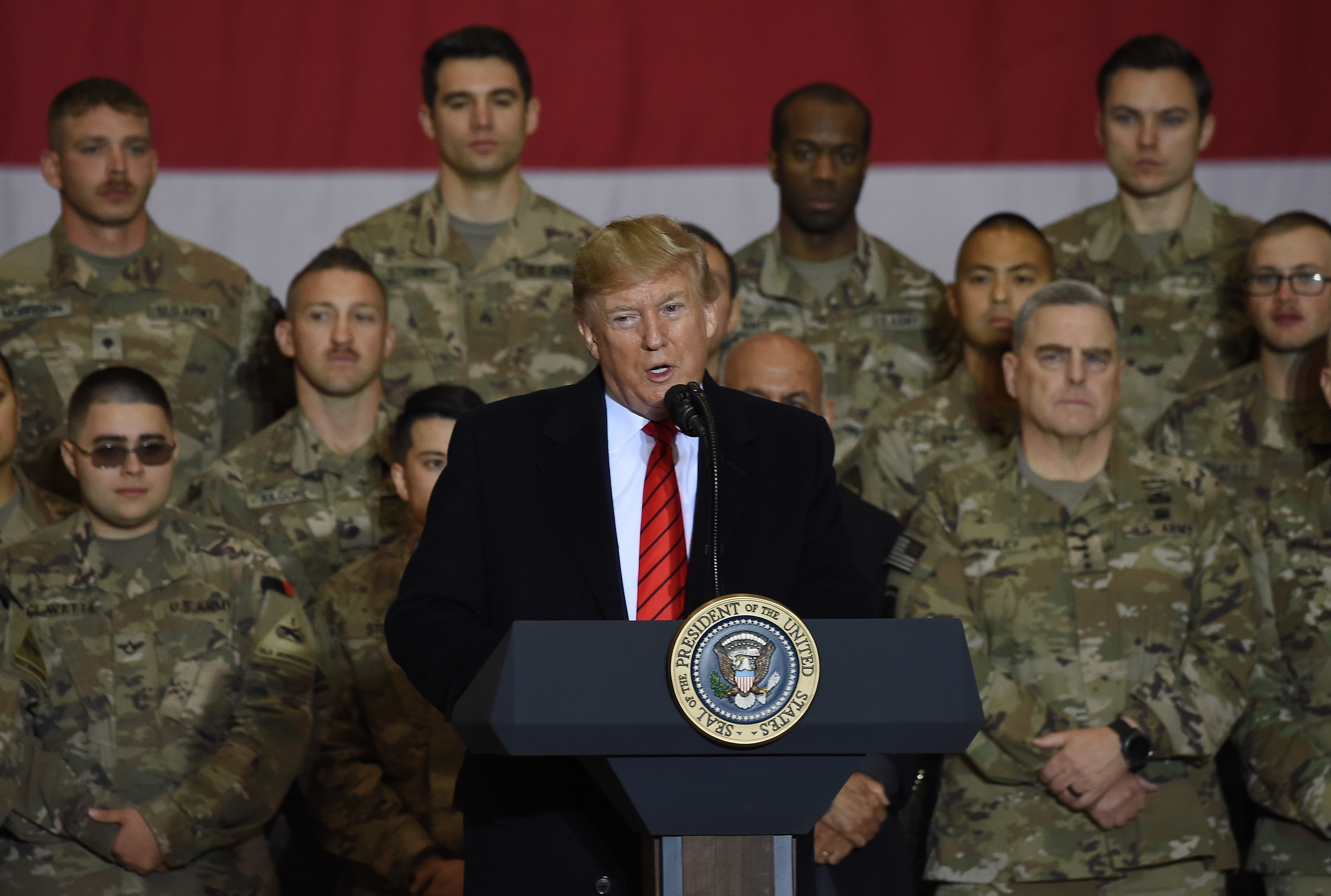 US President Donald Trump speaks to the troops during a surprise Thanksgiving day visit at Bagram Air Field, on November 28, 2019 in Afghanistan. (Photo by Olivier Douliery / AFP) (Photo by OLIVIER DOULIERY/AFP via Getty Images)

“U.S. Forces-Afghanistan has not received orders to reduce troop levels in Afghanistan,” said a U.S. Forces-Afghanistan spokesperson to NBC. “We remain fully committed to the Resolute Support mission and our Afghan partners, and focused on our key objective: ensuring Afghanistan is never again used as a safe haven for terrorists who threaten the United States, our allies or our interests.”

The officials reportedly told NBC that the withdrawal would happen in phases over a period of a few months.

“We’re going down to 8,600 and then we make a determination from there as to what happens,” Trump said to Brian Kilmeade. “We’re bringing it down.”

The withdrawal would come after negotiations paused between the U.S., Afghan government, and Taliban earlier this month, according to NBC.