Michael Bloomberg, the CEO and co-founder of Bloomberg LP, announced a 2020 presidential run in November. Since the announcement, multiple past lawsuits against his company surrounding office culture have come to light, with three cases specifically naming the former New York City mayor.

None of the cases ABC News reviewed went to trial, according to the outlet. Four were dismissed or withdrawn, five were settled out of court, and three are still open. (Bloomberg News Pledges Not To Investigate Democratic Presidential Candidates)

“Mike Bloomberg has supported and empowered women throughout his career — from appointing women to the very top positions in his mayoral administration to supporting women candidates for higher office to an industry-leading 26-weeks of paid family leave at his company,” Bloomberg campaign spokesperson Julie Wood said in a statement.

“At the same time, Mike has come to see that some of what he has said is disrespectful and wrong,” Wood said. “He believes his words have not always aligned with his values and the way he has led his life.”

In the 1990s, one woman alleged that Bloomberg told her to “kill it” when he found out she was pregnant. Bloomberg, a Democrat, has repeatedly denied this accusation. Other women throughout the years have accused Bloomberg of contributing to a frat-like office culture, with accusations that he used phrases such as “I would DO you in a second,” ABC News reported Sunday.

“Mr. Bloomberg, Bloomberg’s founder, CEO, and President, and the former three-term Mayor of New York, encouraged this type of sexist and sexually charged behavior,” one complaint from 2016 alleges. 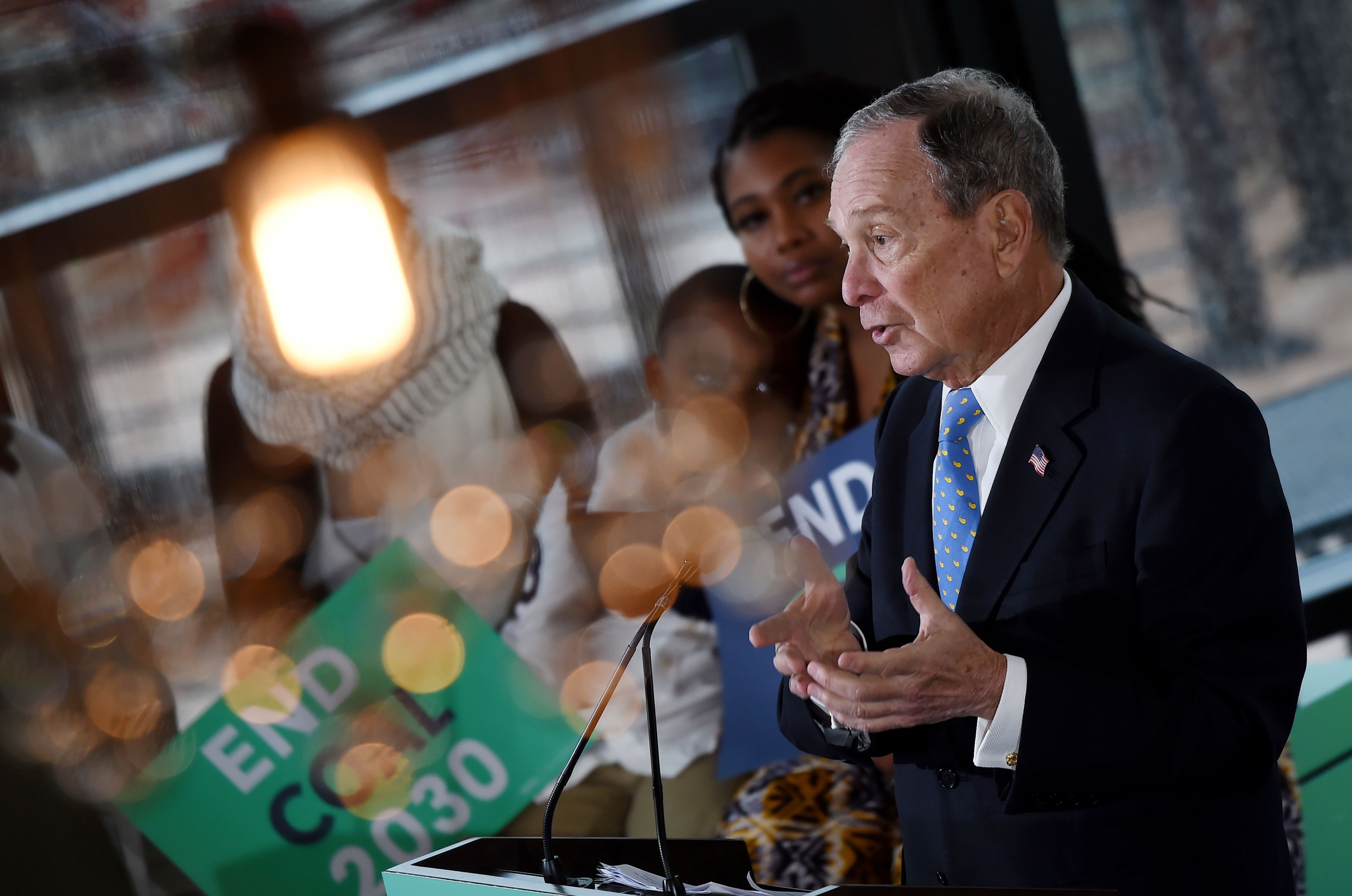 Michael Bloomberg speaks about his plan for clean energy during a campaign event at the Blackwall Hitch restaurant in Alexandria, Virginia, on Dec. 13, 2019. (OLIVIER DOULIERY/AFP via Getty Images)

Many of the cases have not specifically named Bloomberg, but focused on other managers and executives. Bloomberg LP officials said the office is not like a frat house, according to ABC News.

Bloomberg added at a campaign event in North Carolina Sunday that his company’s record on gender equality is “enviable.”

“There will always be somebody that’s not happy, but we are — we do very well in terms of attracting men and women to come to work in the company, and the retention rate with both of them is good as I think any real company,” Bloomberg said, according to ABC News. “So, I’m very proud of what we do.”

“We have investigated the company for the last four years, and the culture is such that women are not valued,” Donna Clancy, an attorney for three former employees who have sued Bloomberg and the company, said, according to ABC News. “In fact, they’re objectified, based upon the complaints that I’ve filed on behalf of three plaintiffs and the history that’s listed in those complaints.”

Bloomberg LP did not immediately respond to the Daily Caller News Foundation’s request for comment.