A federal judge on Monday scheduled Michael Flynn to face sentencing on Jan. 28 in a case stemming from the special counsel’s probe, while rejecting the former national security adviser’s allegations that he was entrapped by the FBI and forced into entering a plea deal.

Judge Emmet Sullivan issued the ruling in response to a flurry of motions that Flynn’s lawyers have filed in recent months seeking evidence they claimed had been withheld in the case.

Flynn pleaded guilty on Dec. 1, 2017 to making false statements during a Jan. 24, 2017 interview with FBI agents regarding his contacts with former Russian ambassador Sergey Kislyak.

Flynn’s legal team has accused federal prosecutors of “egregious government misconduct” in the case, and has sought evidence regarding internal FBI discussions about the decision to interview the retired lieutenant general about the Russian ambassador. Among the documents sought were text messages involving Peter Strzok, the disgraced former FBI counterintelligence official who took part in the Flynn interview. (RELATED: Flynn Lawyer Wants Case Dismissed)

Strzok was fired from the FBI on Aug. 10, 2018 over anti-Trump text messages he exchanged with FBI lawyer Lisa Page. 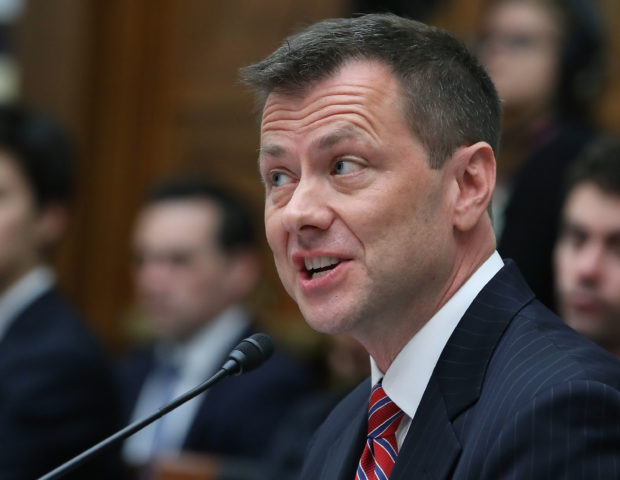 Flynn’s lawyers have questioned whether Strzok or others at the FBI altered summaries of the transcripts of the interview with Flynn.

Flynn was initially set to be sentenced in the case on Dec. 18, 2018, but he pulled out of a sentencing hearing while it was underway after Sullivan indicated that he might hand down a jail sentence in the case.

“Arguably, you sold your country out,” Sullivan said to Flynn during that hearing.

Flynn cooperated extensively with the special counsel’s investigation. He also gave interviews to federal prosecutors in Virginia as part of a case involving his former business partner, Bijan Kian. Kian was indicted on charges that he illegally lobbied on behalf of the Turkish government while working as an executive for Flynn’s defense consulting firm, Flynn Intel Group.