“I’m OK with that,” Whoopi snapped back. (RELATED:Whoopi Talks About Passing Gas)

Let me just say, it’s thrilling that this show is LIVE. 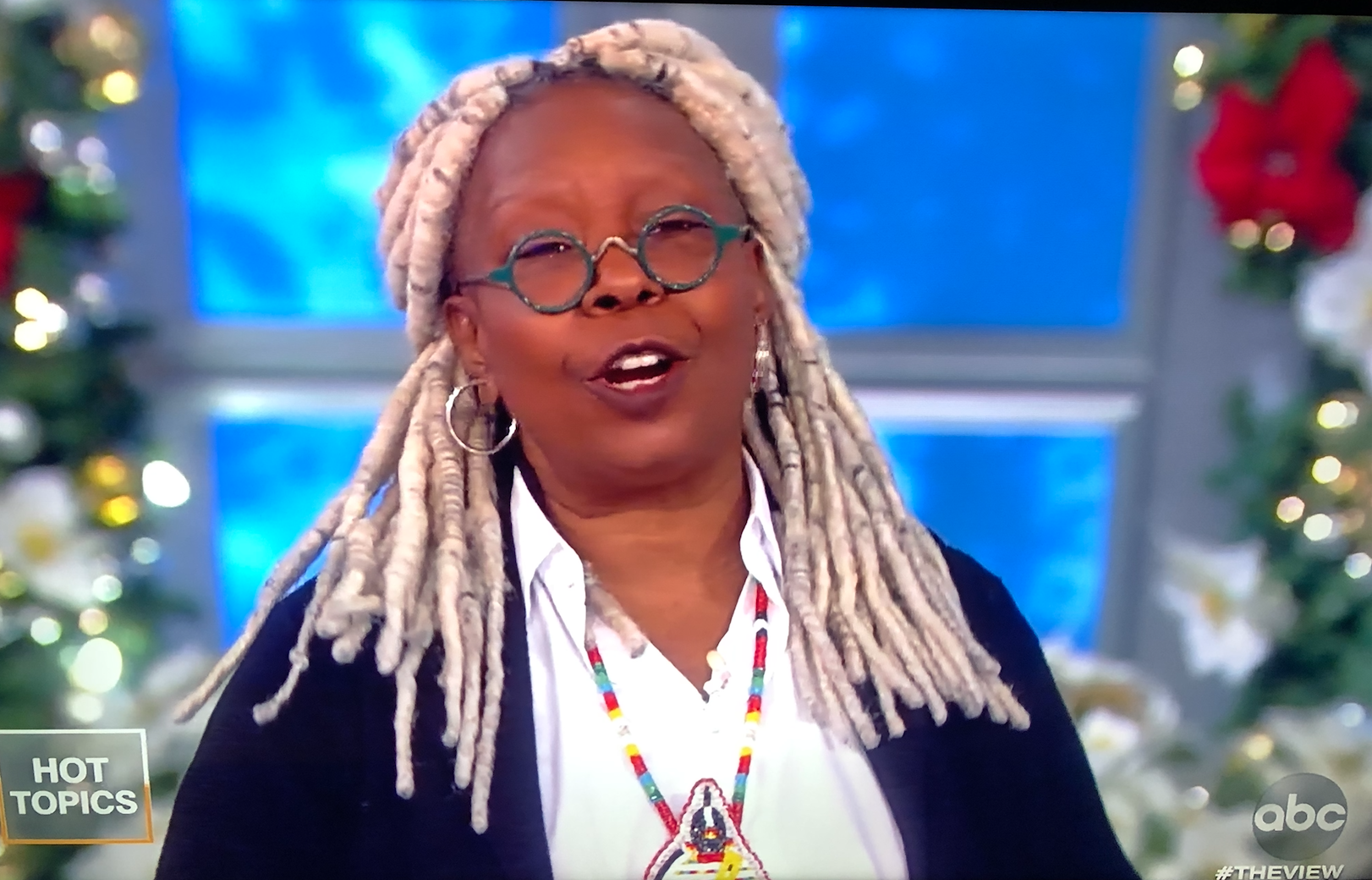 The trouble largely began brewing when the ladies began discussing the impeachment proceedings of President Donald Trump that will soon be taken up by the Senate.

Joy Behar predictably bashed Sens. Mitch McConnell and Lindsey Graham, claiming they don’t “give a fig” about the Constitution and that the American people are going to get “smart and hip” pretty soon because “everyone’s been on a jury.”

Behar added, “We all know you’re not supposed to decide the fate of the defendant until you hear all the facts.”

McCain piped up. But the show silenced part of her statement because she used the word “motherfucker” when quoting a congresswoman.

“But how is that different than Rashida Tlaib on election night saying, ‘We’re gonna to impeachment the motherfucker.’ There is partisanship on both sides before the trial has even begun,” the conservative co-host said. “…This, like, pearl clutching that it’s only Republicans that are doing this, it’s a completely partisan process. I think the American public is completely sick of it. I also take great offense at the idea that there is not integrity and seriousness given the gravity of the accusation. I think most people have tuned out because people are making it as political as they are.”

Sparring with her co-hosts has become old hat to McCain. The arguing, in part, is the reason the show has come back to life in the past few years. Most of the time, it doesn’t seem that McCain’s opposing positions land her in scalding water. Rather, it’s her mouth, her forcefulness, and her pension of often interrupting her co-hosts, sometimes glaring at them and rolling her eyes.

But Monday’s program may well prove that McCain flaunting her conservative views may be getting under her co-hosts collective skin (minus Huntsman most of the time).

“I implore everyone to stop being partisan on both sides,” McCain continued.

Abby Huntsman, McCain’s only real pal on the panel, said her whole weekend was consumed by Trump. “I go into the supermarket and it comes up,” she said. (RELATED: Abby Huntsman Talks About Her Parents’ Sex Lives On ‘The View’)

“Stop saying I’m not gonna look at the evidence, you just can’t do that, that’s not the American way!” she said. “…It’s not even hypocrisy, it is the thing that has scared everyone, which is this divide that you talk about all the time.”

“Yeah, you talk about it all the time,” she replied.

McCain tried to explain herself.

“I spend my time around conservatives,” she said. “…There are a group of people in this country that think this is completely partisan on the left as well. I’m not saying what Lindsay Graham said was OK because I disagree with. it. Go back to again, a president who perjured himself in my lifetime. …By the way, Trump wants a long impeachment process because it’s good for him and it’s helping his numbers.” (RELATED: Meghan McCain, The Duchess Of Sedona, Makes Royal Appearance On ‘The View’)

To loud audience applause, c0-host Sunny Hostin remarked that Trump “used a foreign government to impede our very democracy. That is the height of hypocrisy for this Republican-led Senate.”

McCain then explained her job at ABC, which had to irritate her co-hosts.  “My job here is not to litigate the ethics of it,” she said. “I’m an ABC political analyst along with being a View co-host. My job is to analyze the politics of it.” 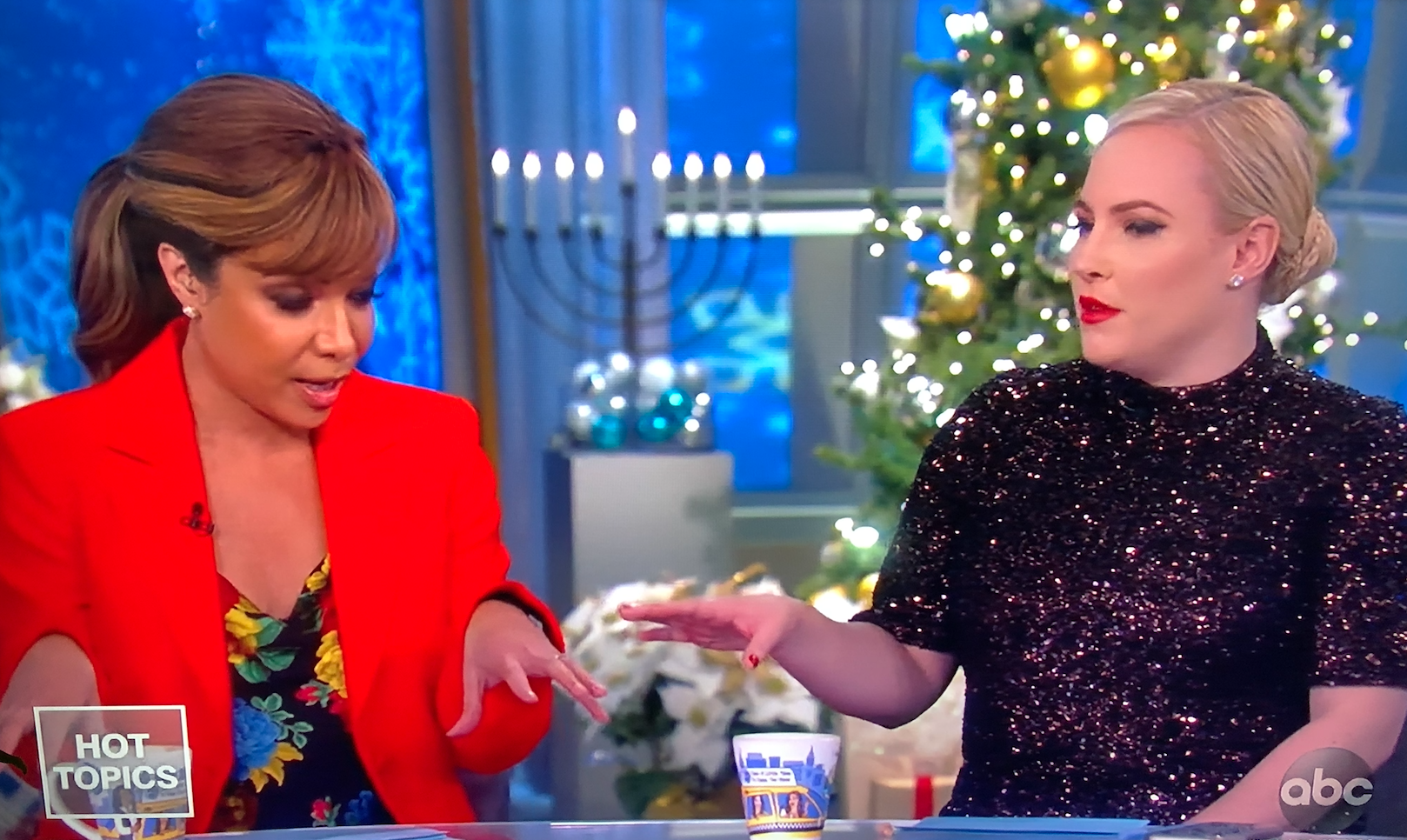 “No problem,” McCain replied. “I won’t talk for the rest of the show.”

This was music to Whoopi’s ears.

“I’m not behaving like anything,” McCain said, interrupting her.

But it was obvious someone was speaking to Whoopi in her ears.

“You are, you are talking over,” she said. “What you’re doing…we’re not doing anything, how about this, former FBI, we’ll be right back.

(Note to readers: McCain does not keep her promise to not speak for the rest of the show.)