A Democratic congressman stood alongside a highly misleading photo of a migrant child Wednesday as he declared his intention to vote in favor of impeaching President Donald Trump.

Rep. Al Green, an eight-term congressman from the Texas, spoke on the House floor in support of impeaching the president. Before beginning his one-minute speech, Green placed next to him a photo of a young child in a red shirt crying.

“In the name of democracy, on behalf of the republic, and for the sake of many who are suffering,” Green said as he pointed directly of the photo, “I will vote to impeach and I encourage my colleagues to do so as well. No one is beyond justice in this country.”

The photo, which became popularly known as “crying girl,” became an enormously famous photo last year. It was was featured on the cover of Time Magazine in June 2018 in regard to the Trump administration child separation policy at the border. The photo went viral and was used as a glaring symbol by critics of the White House who opposed the administration’s immigration enforcement photos. “Crying girl” was even selected by the World Press organization as its photo of the year in April. 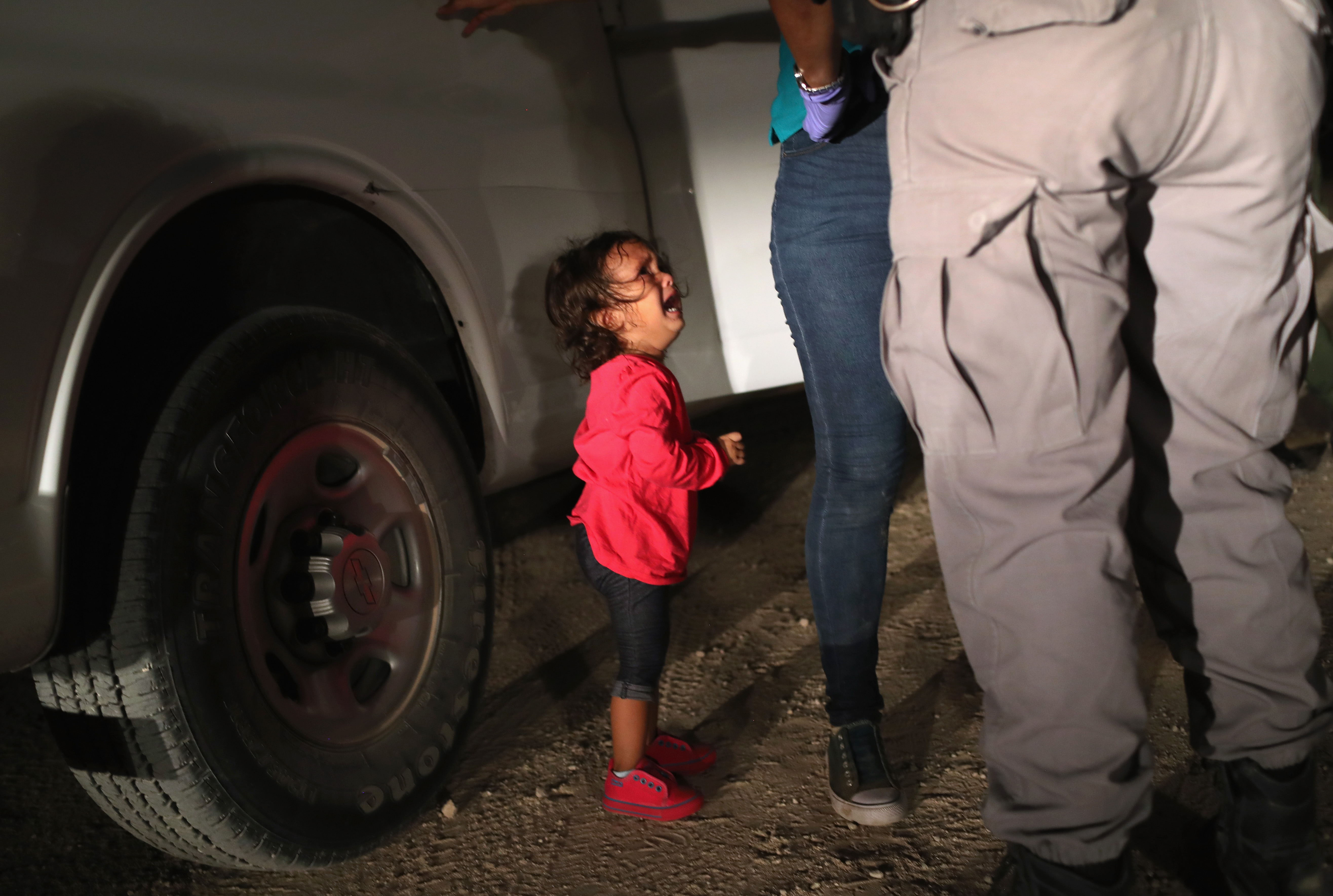 A two-year-old Honduran asylum seeker cries as her mother is searched near the U.S.-Mexico border in June 2018 (John Moore/Getty Images)

However, there was one major problem with the picture: that girl was never separated from her family.

The little girl in the photo was of Yanela Sanchez, a then-2-year-old Honduran child who reached the U.S. border with her mother in June. Despite Time associating the girl with migrant family separation, Sanchez was never once actually separated from her mother when they were approached by Border Patrol. The photo was taken when the mother was asked to temporarily put Sanchez down in order to conduct a pat-down.

“We asked her to set the kid down in front of her, not away from her … and so we can properly search the mother. So, the kid immediately started crying as [Sanchez] set her down. I personally went up to the mother and asked her, ‘are you doing OK, is the kid OK?’ and she said, ‘Yes, she’s tired and thirsty and it’s 11 o’clock at night,” Border Patrol agent Carlos Ruiz, the first agent to encounter the pair, said at the time. “They’re using [the picture] to symbolize a policy and that was not the case on this picture.” (RELATED: Trump Administration Wants To Restrict More Criminal Aliens From Qualifying For Asylum)

It was also discovered that the mother was not fleeing violence — she simply wanted a decent-paying job, and Sanchez’s father was upset that her mother decided to take her on the perilous journey.

Time later issued a correction for its story, acknowledging that the child was never separated.

“The original version of this story misstated what happened to the girl in the photo after she [was] taken from the scene,” the correction read. “The girl was not carried away screaming by U.S. Border Patrol agents; her mother picked her up and the two were taken away together.”