A timeline of an attorney’s association with Apple and work with the Federal Communications Commission is raising questions about the company’s influence inside the agency, according to a Daily Caller News Foundation analysis.

FCC Commissioner Geoffrey Starks and his legal adviser, Austin Bonner, met with Apple executives in November to discuss a rule impacting one of the company’s newest business ventures. Bonner’s participation came after she left a law firm representing Apple that same month.

Bonner worked at Harris, Wiltshire & Grannis (HW&G) from September 2015 to November 2019, according to her LinkedIn account. The firm focuses on issues affecting the energy sector and technology industry. Along with Apple, HW&G also represents Google and telecomm giant Qualcomm.

“Apple cautioned that the draft order could inadvertently create a privacy loophole related to the use of 911 location data by third-party location technology vendors,” Margie wrote. “The Commission can address this issue by revising section 9.10(i)(4)(v) of the draft rules as set forth in the attached exhibit.” 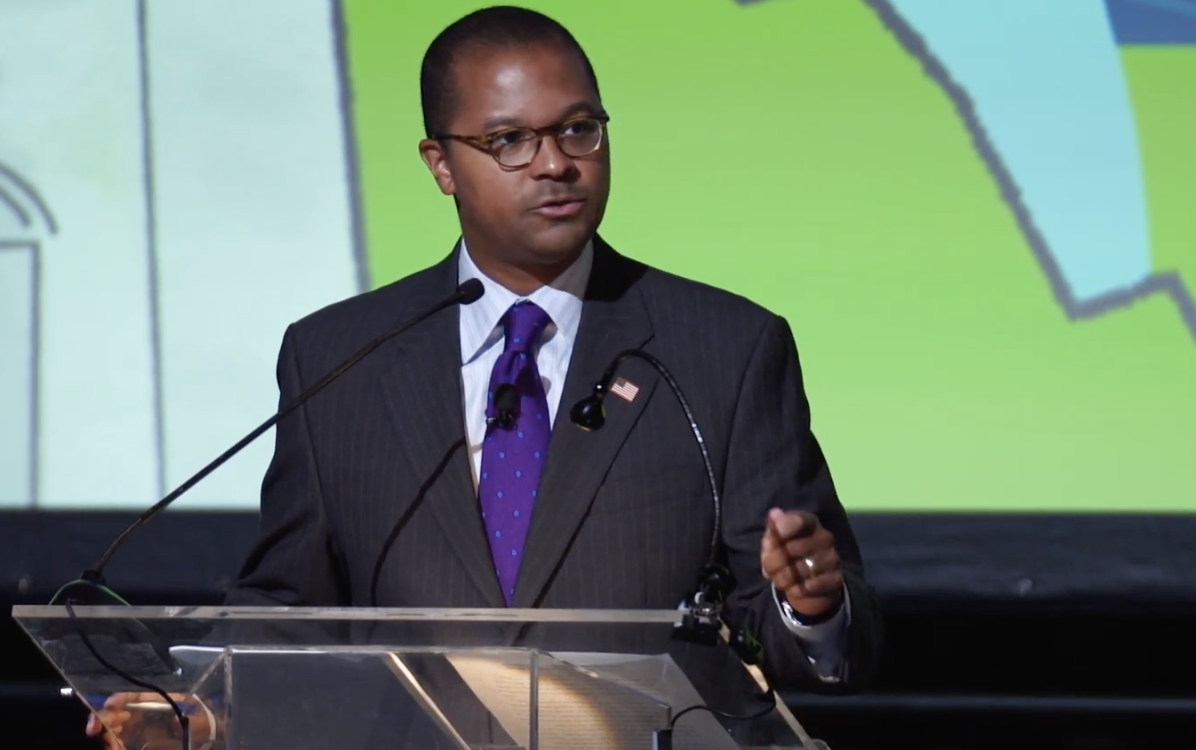 Margie was referring to a FCC rule advanced in March that sought to create a standard specifying how precise the vertical-location data wireless companies must provide to 911 call centers. The agency at the time noted that altitude data must be accurate within 10 feet of a caller, meaning dispatchers would receive a location accurate to the floor level of a building.

Apple, for its part, is etching out a role as a tech company devoted to improving privacy, yet lawmakers worry the company is using privacy as a Trojan horse. Democratic Rep. David Cicilline of Rhode Island, for instance, told reporters in November that Apple is using “privacy as a shield for anti-competitive conduct.”

The company is rigging the system, app makers argue. They were once able to ask customers for permission before tracking their whereabouts even when they were not using the application — that all changed after Apple’s newest update denied app makers such options. Developers used location tracking for advertising purposes rather than for functionality, Apple argued in June when it discontinued the service.

The update roiled competitors such as Tile, which makes tracking apps that help people find lost items. Tile and other apps require location tracking in the background for the function to work effectively. The app maker declined to comment about Bonner’s role inside the FCC.

By comparison, Apple allows itself the ability to track iPhone users’ location wherever and whenever. Users can opt out only if they traverse their phone’s dense field settings. App makers reportedly complained to the tech company in a letter in August.

Apple says limiting such functions for third parties is part of the company’s mission to protect privacy. (RELATED: Apple Has ‘Deep Concerns’ That Two Ex-Employees Accused Of Stealing Tech Plan To Flee)

“We created the App Store with two goals in mind: that it be a safe and trusted place for customers to discover and download apps, and a great business opportunity for all developers,” Apple spokeswoman Trudy Muller told reporters on Nov. 26. Apple has not responded to the DCNF’s request for comment about whether Bonner worked with Apple in her capacity with HW&G.

Her comments came amid FCC’s decision to address what Margie deemed the “loophole.”

“I suggested edits to the item to foreclose any possibility that vertical location details could be abused by third-party vendors that [Commercial Mobile Radio Service] CMRS providers work with,” Starks wrote in a Nov. 25 statement addressing the rule change. “I appreciate that the Chairman worked with me to close that loophole.”

Starks’ comment confirming the FCC’s decision came less than two weeks after he and Bonner met with Fogerty and Kirby. It effectively mirrors the recommendations Margie made to the agency. Starks is one of two Democratic commissioners at the FCC, which is required to have three commissions from the majority party and two from the minority party.

FCC has not responded to the DCNF’s request for comment, nor has HW&G.

Apple, a critic of other monster tech companies that collect private data, launched a website in November promoting its position as a champion of privacy issues — it especially highlighted its decision to forgo collecting data on other Apple-created applications.

But the company has ways of directing customers away from some apps and toward Apple-created products.

Apple’s new operating system, for example, frequently reminds customers when apps are tracking them and informs them of how to turn off the service, but it refrains from warning users of its own tracking technology, The Washington Post reported in November.

Meanwhile, officials are breathing down the necks of other tech companies. Google, Facebook, Amazon and other Silicon Valley behemoths are fending off hard charging lawmakers and officials looking to tag the companies with potential antitrust investigations.

The Federal Trade Commission (FTC) is reportedly seeking an antitrust probe into Amazon. FTC investigators are determining if the company is stifling market competition for small businesses that sell products on its website. The Justice Department opened a similar probe in June to flesh out whether Amazon, Google and Facebook are seeking to crowd out competitors.

The FTC’s pursuit also came days after New York Attorney General Letitia James, a Democrat, announced an antitrust investigation with eight other attorneys general into Facebook for similar monopoly concerns. The FTC has not responded to the DCNF’s request for comment on how Apple’s handling of privacy issues could affect future antitrust probes.