The House of Representatives voted to impeach President Donald Trump Wednesday after months of debate.

One of the Democrats, Maine Rep. Jared Golden voted for article one and against article two. 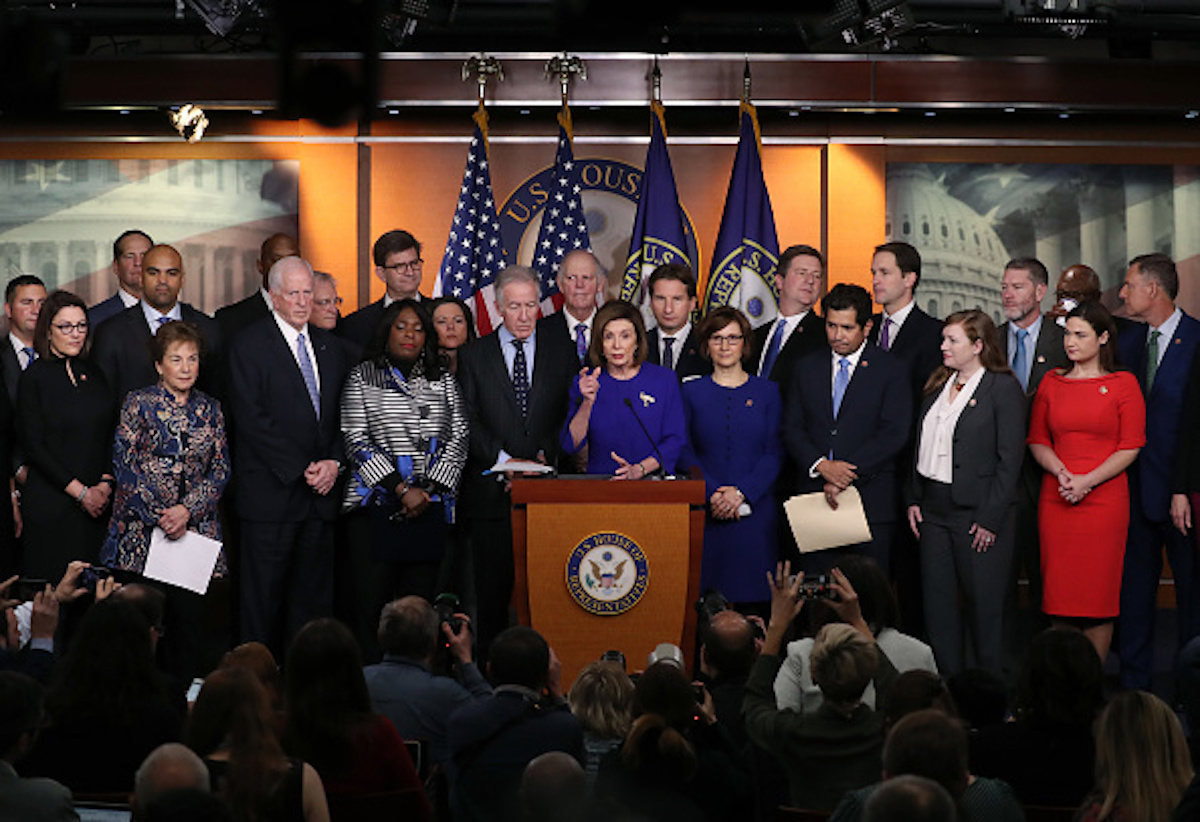 Despite Pelosi’s early reluctance to push for impeachment, 228 Democrats have voiced support for impeachment or an impeachment inquiry. Pelosi has said she believes Trump is “goading” Democrats to impeach him because he thinks it will help him fire up his base. (RELATED: EXCLUSIVE: We Asked Every GOP Senator About Impeachment. Seven Ruled It Out.)

Democrats have continued to send congressional subpoenas to those close to Trump for documents related to the ongoing scandal regarding the president’s phone call with the president of Ukraine — specifically whether Trump asked him to investigate former Vice President Joe Biden in exchange for U.S. military aid. The House Intelligence, Foreign Affairs, and Oversight committees are all investigating Trump, his cabinet members and closest allies. (RELATED: House Judiciary Committee Votes To Move Forward With Articles Of Impeachment Against Trump)

The Republican-led Senate will now hold a trial and then vote whether or not to remove Trump.