“Voters are consistently expressing how they want Washington to focus on real issues,” Reed said. (RELATED: Trump Blasts Commission On Presidential Debates, Says It Is Stacked With ‘Trump Haters And Never Trumpers’)

As the House Judiciary Committee adopted articles of impeachment earlier in December, the Trump campaign and the RNC received over $10 million in small donations, Axios reported. Republicans raised $15 million during the 72 hours after House Speaker Nancy Pelosi announced in September that the impeachment inquiry would begin. 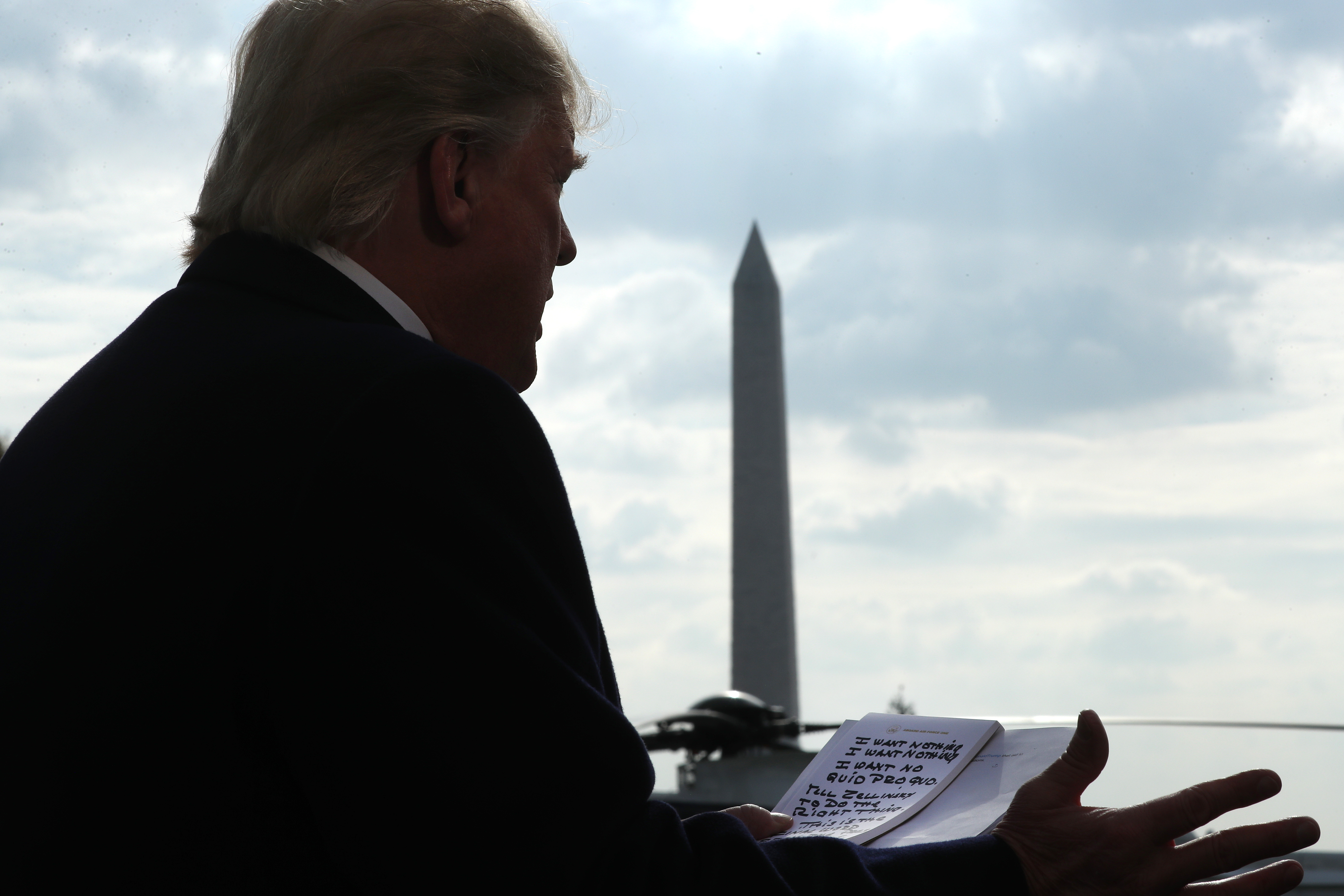 President Donald Trump holds his notes while speaking to the media before departing from the White House on November 20, 2019 in Washington, DC. (Photo by Mark Wilson/Getty Images)

A quarter of those who register at Trump rallies are either self-described Democrats or independents, an official told Axios, adding that about a quarter of Trump rally registrants are low-propensity voters.

The Democratic Congressional Campaign Committee told Axios it had no impeachment-related donor or financial figures to share, though a DNC official said the Democratic Party’s ads related to impeachment are 70% more effective than average Democratic ads.

Impeachment might be aiding some Democrats with fundraising. Democratic challenger to Republican California Rep. Devin Nunes, Phil Arballo, raised over $500,000 in the month since the impeachment hearings began Nov. 13. (RELATED: Flashback: Rashida Tlaib Campaigned On Impeachment In 2018)

Meanwhile, the National Democratic Training Committee reported to Axios that it has raised $651,802 during the past month and that the NDTC is channeling effective criticisms of Nunes, Senate Majority Leader Mitch McConnell, and Republican South Carolina Sen. Lindsey Graham.