Levin spoke out in a Thursday Facebook post after the U.S. House of Representatives voted to impeach President Donald Trump Wednesday night. Levin discussed House Speaker Nancy Pelosi’s “brazen unconstitutional act” of “unilaterally sitting on the impeachment” and laid out a plan for McConnell to immediately nullify impeachment.

“Here’s what Mitch McConnell and the Senate Republicans must do in response,” Levin wrote. “The Senate has the sole power under the Constitution to adjudicate an impeachment. Therefore, Pelosi is attempting to obstruct the Senate’s power to act on its constitutional authority.” 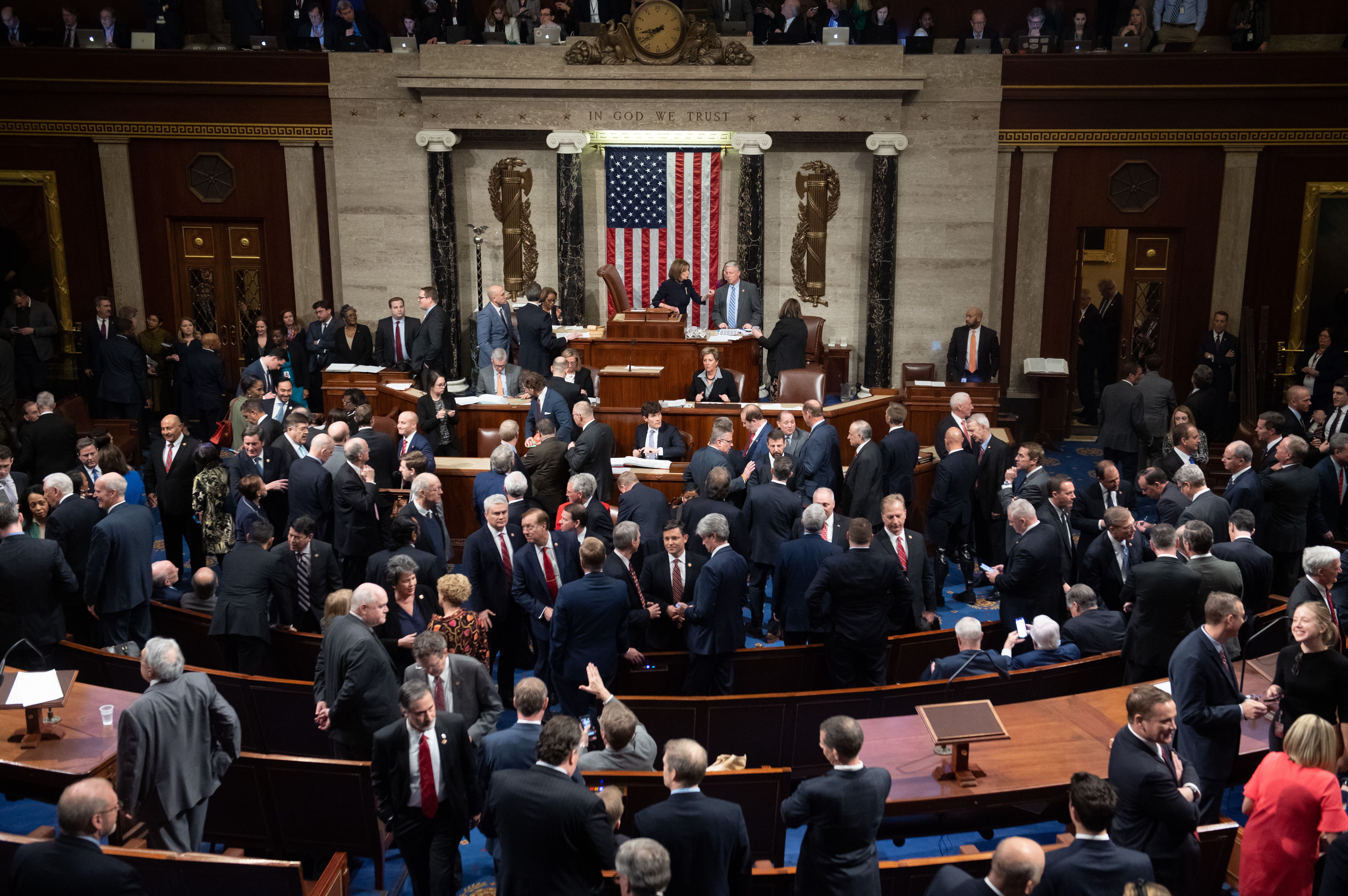 U.S. Speaker of the House Nancy Pelosi presides over Resolution 755, Articles of Impeachment Against President Donald J. Trump as the House votes at the U.S. Capitol in Washington, D.C., on Dec. 18, 2019. (Photo: SAUL LOEB/AFP via Getty Images)

“McConnell should immediately put an end to this and declare the impeachment null and void as the speaker has failed to complete the impeachment process by timely sending it to the Senate for adjudication,” Levin added. (RELATED: House Votes To Impeach President Trump)

The conservative radio host said that McConnell has “no less authority” to do this than Pelosi has to keep administrative notification of impeachment from the Senate.

“Her effort to cripple the presidency and blackmail the Senate must be defeated,” Levin wrote.