Steyer, one of seven Democratic presidential candidates who appeared on the December debate stage, accused the president Thursday of overt racism when asked about the topic of immigration. He also said, without evidence, that Trump was scaring white people into believing they would lose control of their country if they become a minority.

“I think it’s important to note that this president is not against immigration. He’s against immigration by non-white people. This is his attempt to divide us on race. That’s what he’s been doing since the very first day he started running for president,” Steyer said emphatically. “He’s been vilifying non-white people.” (RELATED: Tom Steyer Reminds Everyone That He Started Calls For Impeachment Two Years Ago) 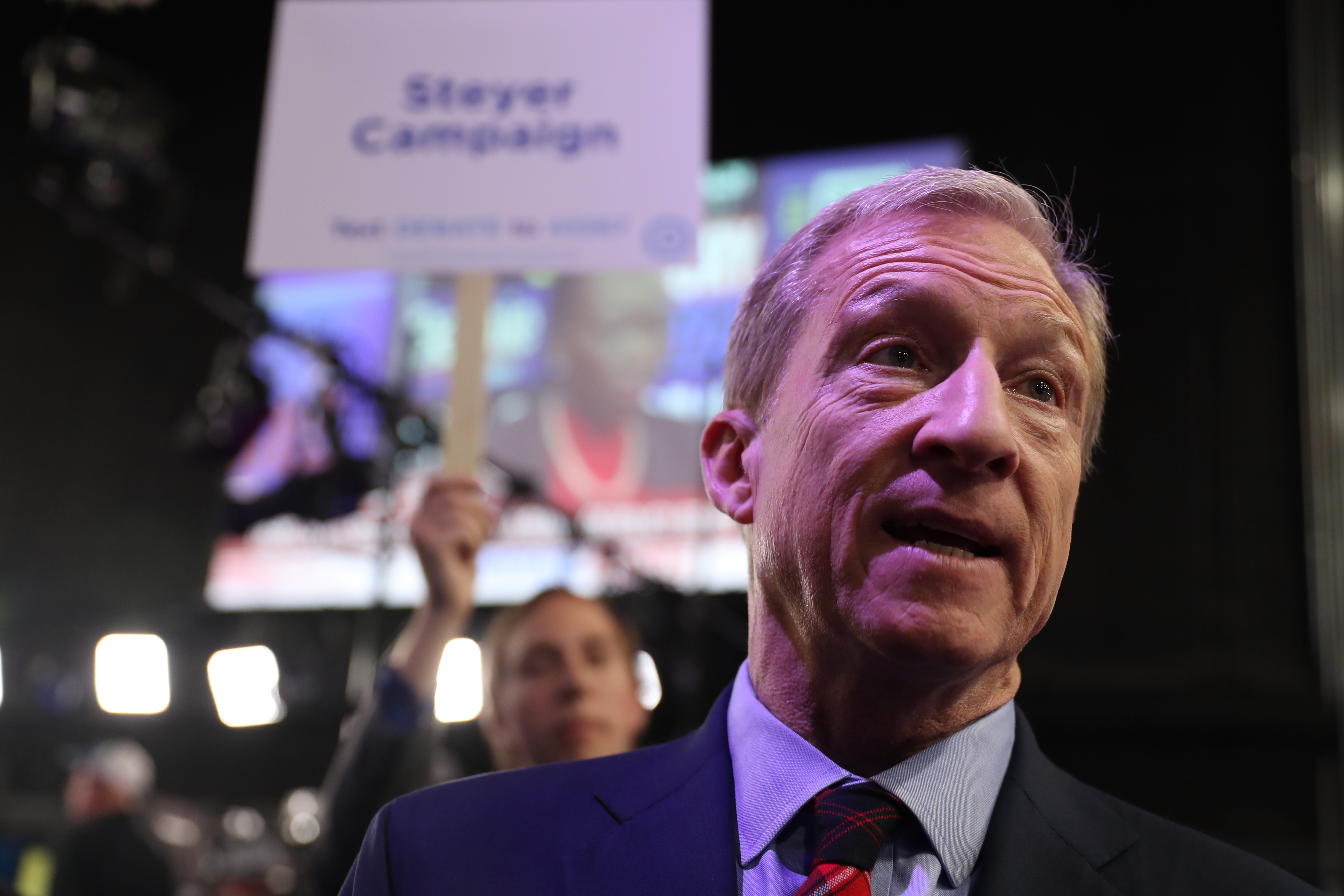 “And as somebody who lives in a majority-minority state, which is California, what he’s doing is so wrong on so many different levels, I agree with Sen. Sanders. We have to reframe this argument completely. We have to go back to the idea that every American is worth being a full human being on every right. This is a racial argument by a racist president who is trying to divide us and who is vilifying people,” Steyer said.

“It’s absolutely wrong, and it’s led him to break the laws of humanity in our name,” he concluded.

Steyer’s comments were not the only notable immigration proclamations given on Thursday night’s debate.

South Bend Mayor Pete Buttigieg reaffirmed his position that, if elected president, he would offer compensation to migrant families who were separated at the border, an idea he first proposed in November. Vermont Sen. Bernie Sanders pledged to give a pathway to citizenship to all “11 million” illegal aliens living in the U.S. Every candidate who was asked voiced support for reinstating the Deferred Action for Childhood Arrivals (DACA) program.