New York law enforcement officials announced charges against nearly 100 MS-13 gang members and their associates on Friday, in what is being described as the largest decimation of the gang in the state’s history.

Seven alleged murder plots were also dismantled as the nearly two-year-old investigation into the gang took place, according to authorities who held a press conference.

“The goal of this investigation was to deliver a major blow to the gang’s leadership, operations, and recruitment in our region,” Suffolk County District Attorney Timothy Sini said Friday. “I’m pleased to announce, to the collaborative nature of this investigation, and the innovative strategies employed by this team, we did exactly that.” 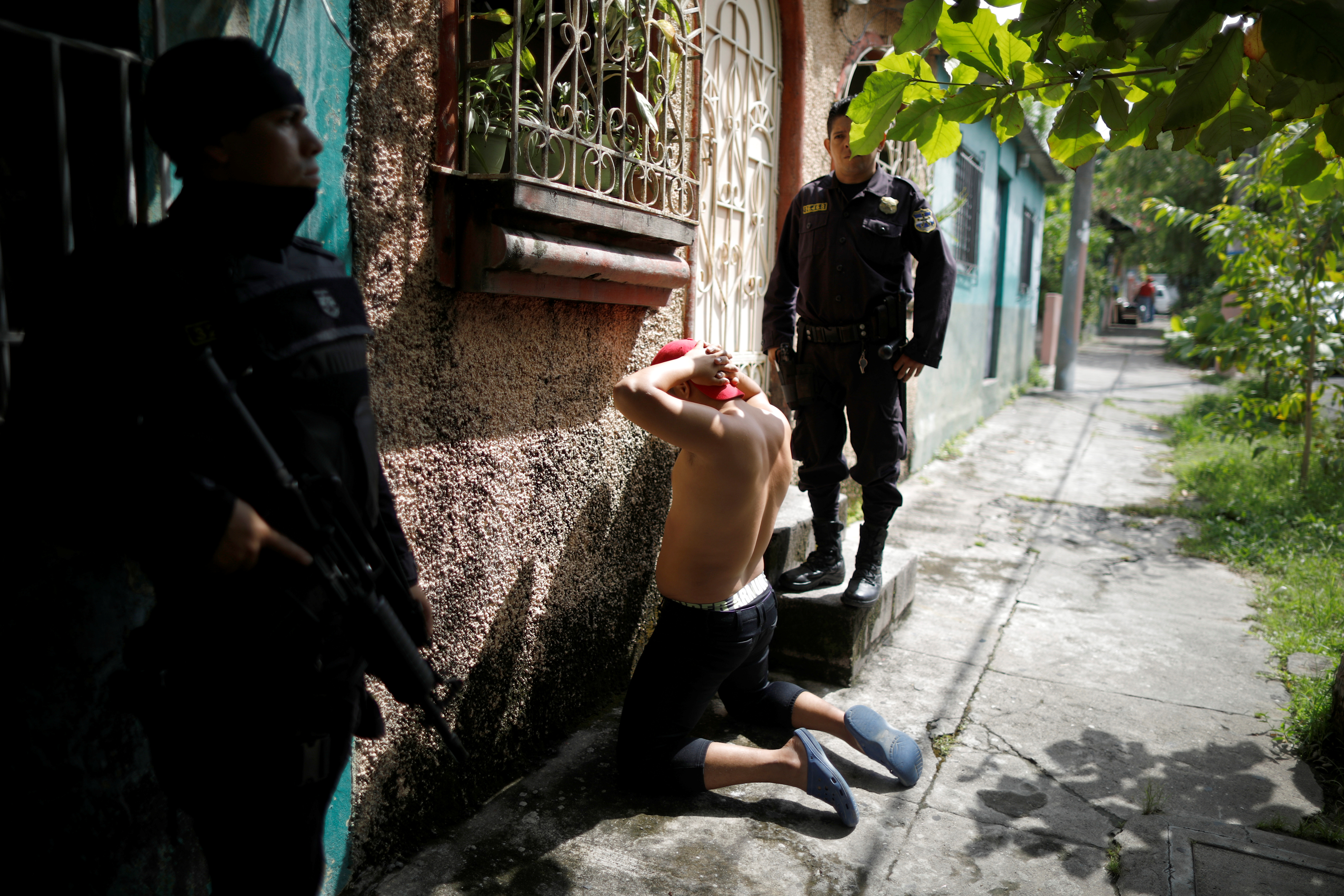 Of the 96 individuals who were charged, the leaders of nine “cliques” operating in Suffolk County were among them. The investigation also led to the arrest of over 230 MS-13 gang members in New York, throughout the United States, and also El Salvador.

“As we know, MS-13 is a ruthless, savage gang which commits acts of violence to recruit, retain, and control its members, and exact revenge on its rivals,” Sini continued. “They engage in various acts of criminality to generate money, including drug dealing, and they send portions of that money back to the leadership in their home base of El Salvador.”

Suffolk County — which makes up the majority of New York’s Long Island — is no stranger to MS-13 violence. The bodies of Kayla Cuevas and Nisa Mickens, who were 16 and 15 years old, respectively, at the time of their deaths, were found by authorities in a wooded area that once was the location of a psychiatric hospital. The two were killed at the hands of MS-13 members, and brought nationwide attention on their entrenched presence on Long Island.

President Donald Trump invited Cuevas’ mother to the 2018 State of the Union Address, highlighting the administration’s crackdown on gang violence in the country.

“Six members of the savage MS-13 gang have been charged with Kayla and Nisa’s murders,” the president said as the girl’s parents wept. “Many of these gang members took advantage of glaring loopholes in our country’s laws to enter the country as illegal unaccompanied minors and wound up in Kayla and Nisa’s high school.” (RELATED: 22 MS-13 Members Charged In Murders Of Seven People Hacked With Machetes)