A new poll from Politico/Morning Consult indicates that 43% of evangelical voters would approve of President Donald Trump being removed from office.

The poll asked whether voters would “approve or disapprove of the Senate removing President Trump from office?”

Non-Protestant/Catholic voters approve of Trump’s removal in general by 67%, while 32% disapprove. Non-Christians in general would approve of  Trump being removed with 72% approving, and 26% disapproving.

The poll, which sampled “1,387 likely voters” and had a margin of error of 3 points, comes after a mini-civil war has broken out among evangelical Christians over the impeachment of Trump.

House Democrats voted to impeach the president this week, and popular evangelical magazine Christianity Today released an op-ed arguing that Trump deserves to be removed from office.  (RELATED: Impeachment Has Been More Than Kind To Republican Fundraising)

Many conservative evangelicals criticized the publication for the op-ed, with Franklin Graham–whose late father Billy Graham founded the magazine–saying that his father voted for Trump and “believed” in him. (RELATED: Jerry Falwell Jr: It’s ‘Immoral’ For Evangelicals To Not Support President Trump) 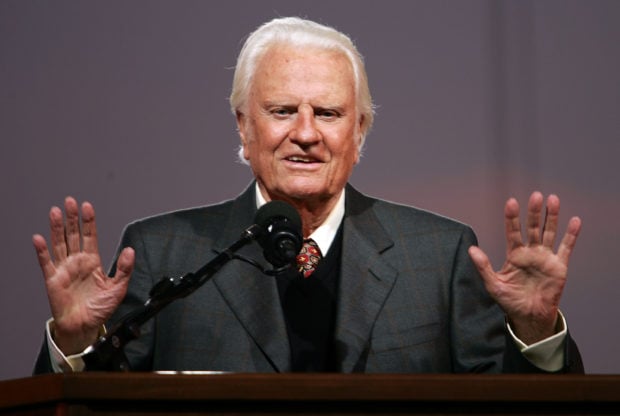 Trump himself responded, saying in a tweet, “I guess the magazine, ‘Christianity Today,’ is looking for Elizabeth Warren, Bernie Sanders, or those of the socialist/communist bent, to guard their religion. How about Sleepy Joe?”  (RELATED: ‘Merry Impeachmas’ — Washington Post Reporters Appear To Celebrate Impeachment)

“The fact is, no President has ever done what I have done for Evangelicals, or religion itself!”