The evangelical leader who helped found the Christian Coalition said Friday night that Christianity Today is “out of step with the faith community” to support impeaching President Donald Trump.

Ralph Reed, the president of the Faith and Freedom Coalition, told Fox News’ Laura Ingraham, “I think they may want to change the name of the magazine to Christian Yesterday because they could not be more out of step with the faith community it once represented.”

President Donald Trump listens while meeting with women small business owners in the Roosevelt Room of the White House on March 27, 2017 in Washington, D.C. (Photo by Andrew Harrer-Pool/Getty Images)

Christianity Today Editor-in-Chief Mark Galli on Thursday wrote that Trump should be removed from office for attempting “to use his political power to coerce a foreign leader to harass and discredit one of the president’s political opponents.”

That set off a firestorm of disagreement from some conservatives and evangelicals who have strongly supported Trump’s policy decisions, especially for his opposition to abortion and appointment of conservative judges. (RELATED: Franklin Graham Criticizes Christianity Today Decision, Says His Late Father Voted For Trump)

Reed noted that “President Trump received 81% of the votes of evangelicals four years ago. The highest ever recorded. His job approval according to a recent poll by my organization, Faith and Freedom Coalition, among U.S. evangelicals stands at 83%. That’s an h historic high and 99% of conservative evangelicals according to the Public Religion Research Institute oppose impeachment.”

The evangelical leader said he doesn’t personally know the magazine’s editor but that Galli “has got one foot out the door. He’s leaving January 3rd, so this is sort of a shot by him. I don’t know what impeachment hearings he’s been watching … It was all based on his presumption. I mean, this is supposed to be a publication about saving souls.” Reed added that if Galli wants to get political “you ought to get it right and he got it wrong.” (RELATED: Pastors Laud Trump’s ‘Guts’ To Defend Religious Freedom In UN Speech — Not ‘Imaginary’ Climate Crisis) 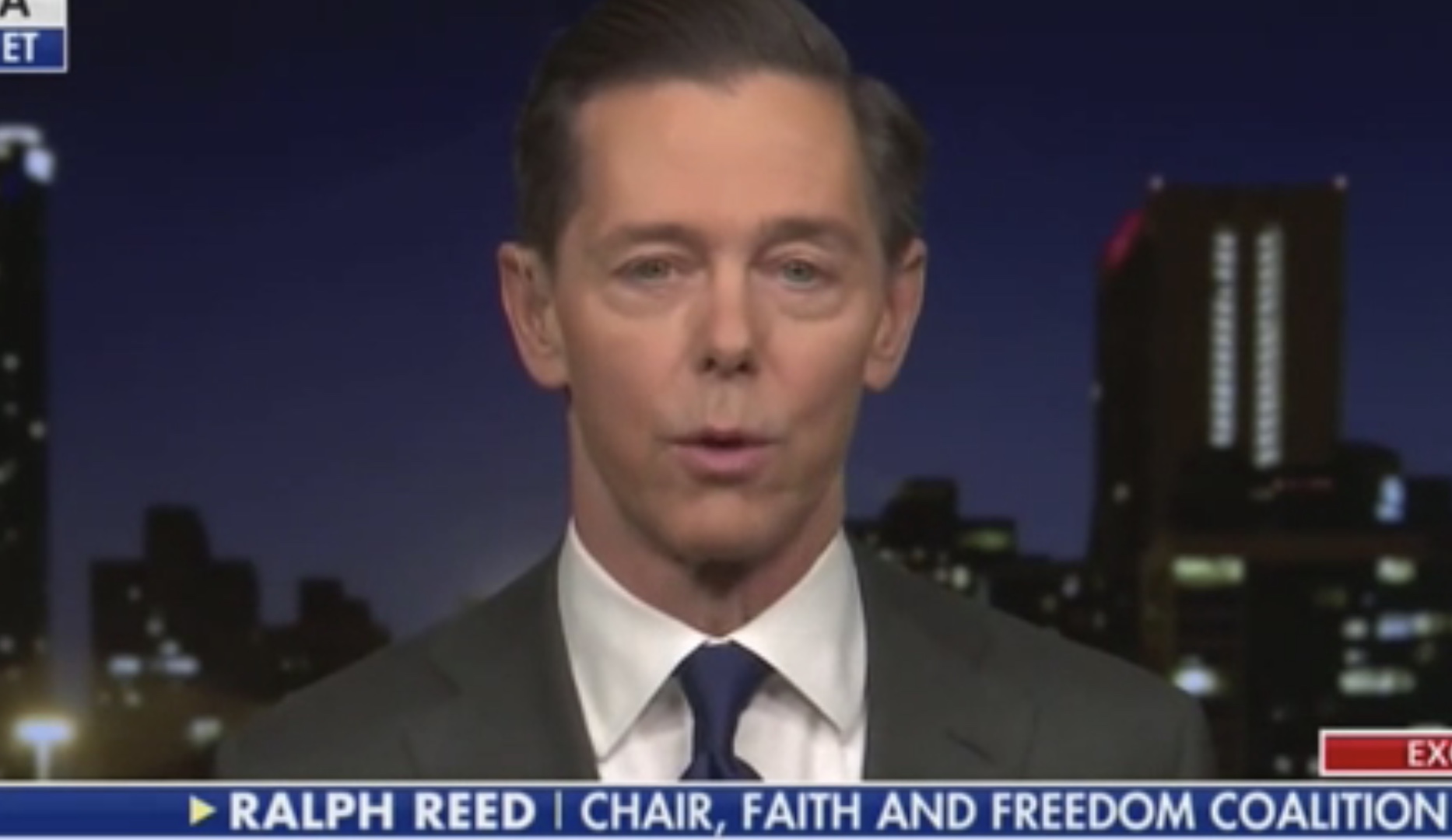 After noting how Trump had protected churches from being taxed and staunchly supported Israel, Reed said most other political leaders are “not even close” to Trump’s commitment to Christians and that it “insulting to our faith and our good judgment” to suggest they shouldn’t support the president.