Speaking to the Spanish-language television “Noticias Telemundo” Sunday, Ocasio-Cortez said that the president “has a lot of problems.” She accused Trump of being racist, anti-immigrant, corrupt and more.

“[Trump] has a lot of problems,” Ocasio-Cortez said Sunday according to a press release. “He is a racist, he is anti-immigrant and more than that … his administration is corrupt. He has a track record. He is afraid of strong women, of Latino women. He is unethical.”

The New York congresswoman has been outspoken about disliking Trump, calling for and voting “yes” on his impeachment Dec. 18. She suggested Sunday that Trump thinks she is “crazy,” noting that it isn’t a problem because he doesn’t agree with her. (RELATED: President Trump Punches Back On Racism Charges After ‘Go Back’ Tweet)

“If the President thinks I am crazy … It would actually be a problem if he would agree with my ideas,” Ocasio-Cortez said during the “Noticias Telemundo” interview. 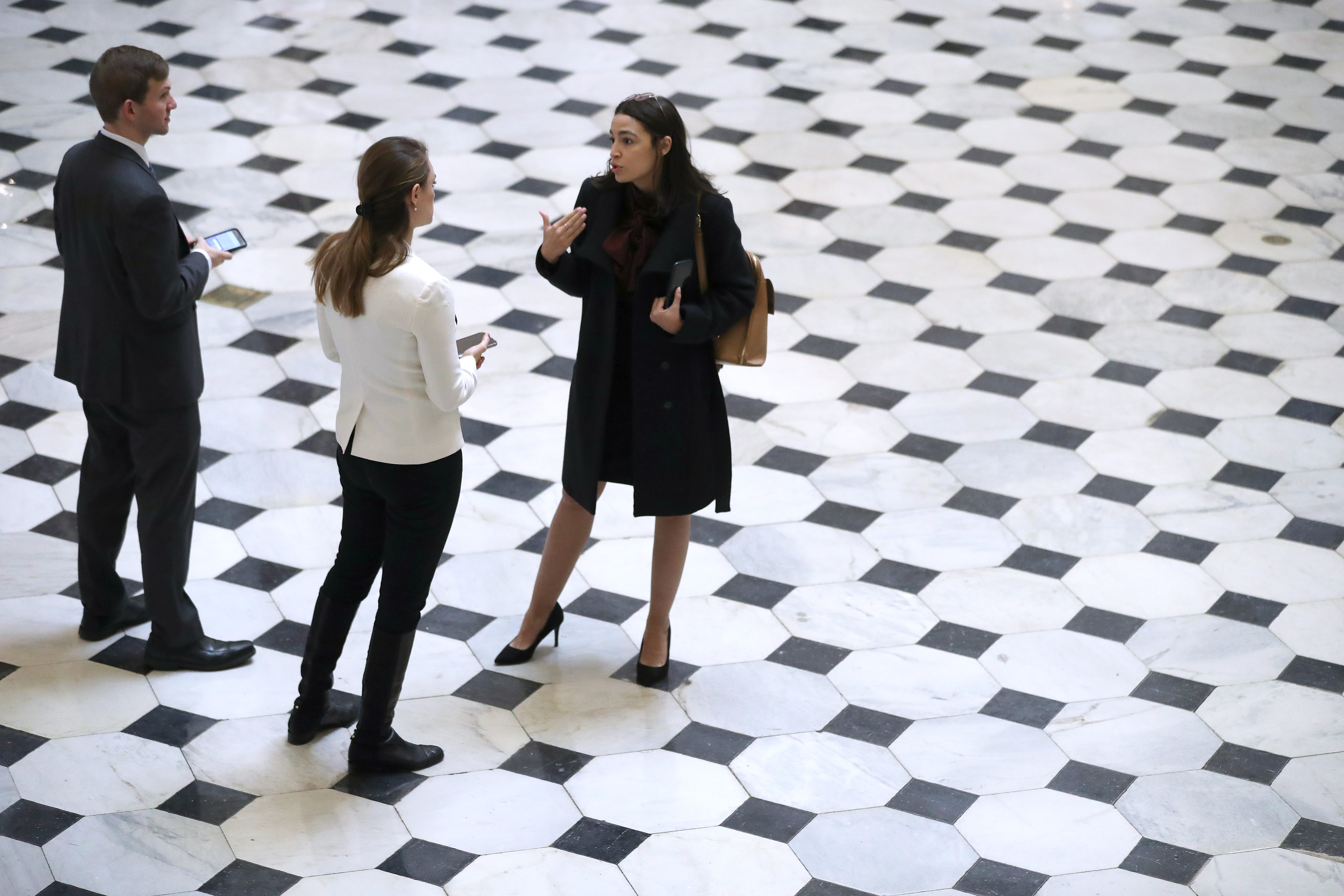 Rep. Alexandria Ocasio-Cortez talks with reporters in Statuary Hall in between votes at the U.S. Capitol December 18, 2019 in Washington, DC. (Chip Somodevilla/Getty Images)

The congresswoman also touched on her previous time as a community organizer for Independent Vermont Sen. Bernie Sanders. She endorsed the 2020 presidential candidate in October along with two other members of “The Squad,” a group of four freshman congresswomen.

“It was an experience that I will never forget. It was an important part of my experience when I decided to run for Congress.”