The Department of Justice (DOJ) warned the U.S. Court of Appeals for the D.C. Circuit that a swift ruling on a House committee’s subpoena to former White House counsel Don McGahn could amount to improper judicial interference with impeachment proceedings.

In a Monday legal filing, DOJ lawyers said the dispute bears on the second impeachment article the House adopted against President Donald Trump, obstruction of Congress. As such, a decision at this stage could “embroil the federal courts in a power contest nearly at the height of its political tension.”

“The now very real possibility of this Court appearing to weigh in on an article of impeachment at a time when political tensions are at their highest levels — before, during, or after a Senate trial regarding the removal of a President — puts in stark relief why this sort of interbranch dispute is not one that has ‘traditionally thought to be capable of resolution through the judicial process,'” the filing reads.

After the House adopted articles of impeachment, the D.C. Circuit asked Congress and the administration whether further proceedings were necessary. The committee cited the impeachment inquiry to justify its subpoena for McGahn’s testimony.

The Justice Department said the case is still live, the impeachment vote notwithstanding. Congress says McGahn’s testimony will help determine the need for new legislation and vindicate its oversight responsibilities. DOJ conceded those are independent grounds for the subpoena.

With impeachment proceedings concluded in the House, DOJ said the D.C. Circuit doesn’t need to resolve the dispute quickly, as congressional Democrats asked. Both parties have already submitted legal briefs to the court ahead of a Jan. 3 argument date. The House sought an expedited schedule so as not to impede the impeachment inquiry. With an impeachment vote dispensed with, the Justice Department said that argument holds no weight. 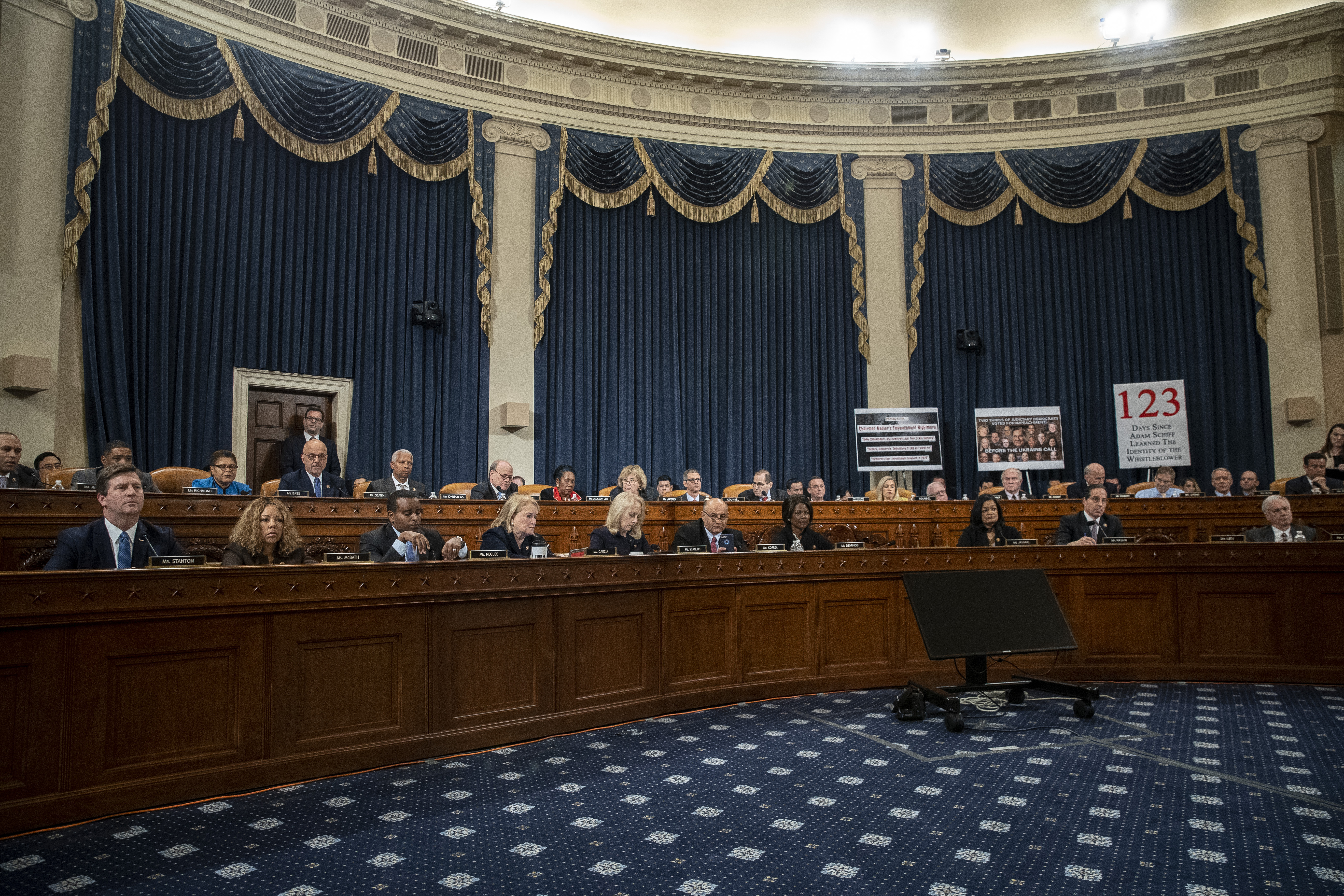 The House Judiciary Committee votes on the two articles of impeachment against President Donald Trump on December 13, 2019. (Drew Angerer/Getty Images)

The government’s brief elsewhere accuses House Democrats of commandeering the courts to augment their campaign to remove Trump from office. U.S. District Judge Ketanji Brown Jackson dismissed the administration’s reliance on “unfound doctrines” of immunity in a November decision upholding the McGahn subpoena. The House Judiciary Committee then cited Jackson’s findings in its impeachment report.

“Pursuing an interbranch suit in court while simultaneously pursuing impeachment, and then using that litigation as part of the impeachment proceedings, is ‘far from the model of the traditional common-law cause of action at the conceptual core of the case-or-controversy requirement,'” Monday’s filing reads. “But that is exactly what the Committee has done.”

House lawyers also filed a brief in the case Monday, raising the prospect that McGahn’s testimony could lead to additional articles of impeachment against the president.

Apart from ongoing matters in the court of appeals, the Supreme Court will hear a trio of cases involving subpoenas for President Trump’s personal and professional financial information in March. A decision in those cases is expected by June.