The shooting at Naval Air Station Pensacola in Pensacola, Florida in December 2019, which was perpetrated by a member of the Royal Saudi Air Force at the base for training with U.S. Air Force personnel, was not the first time the U.S. military has found itself forced to kill foreign troops that it trained.

In fact, the U.S. has had an extremely poor track record of training foreign troops for counterterrorism operations only to have to fight against those same soldiers.

Mohammed Saeed Alshamrani, the perpetrator of the Pensacola shooting, was a second lieutenant in the Royal Saudi Air Force, and he had been training with the U.S. Air Force since August 2017. Before the shooting, Alshamrani reportedly described the United States as “a nation of evil” in his manifesto and watched videos of mass shootings at a dinner party the night before the attack. Alshamrani was able to kill three people before he was shot and killed in a gunfight with deputies from the Escmabia County Sheriff’s Office.

The U.S. has expended considerable resources on developing Afghanistan and its military. Since 2002, the U.S. has invested more than $80 billion into security assistance, which includes training for Afghan soldiers and police. Despite that assistance, documents from the Afghanistan Papers released in December revealed that the Afghan military was plagued by incompetence, poor training and infiltrators from the Taliban. In June 2019, two American soldiers were shot and killed by an Afghan soldier in Kandahar. The perpetrator was wounded and taken into custody. In 2015, 65 Afghan soldiers defected to the Taliban during heavy fighting in Helmand Province. (RELATED: REPORT: The Trump Administration Plans To Reduce US Troop Levels In Afghanistan)

In its mission to support rebel groups attempting to overthrow Muammar Gaddafi in Libya and Bashar al-Assad in Syria during the Arab Spring, the United States ended up training many militants who later joined al-Nusra and ISIS. 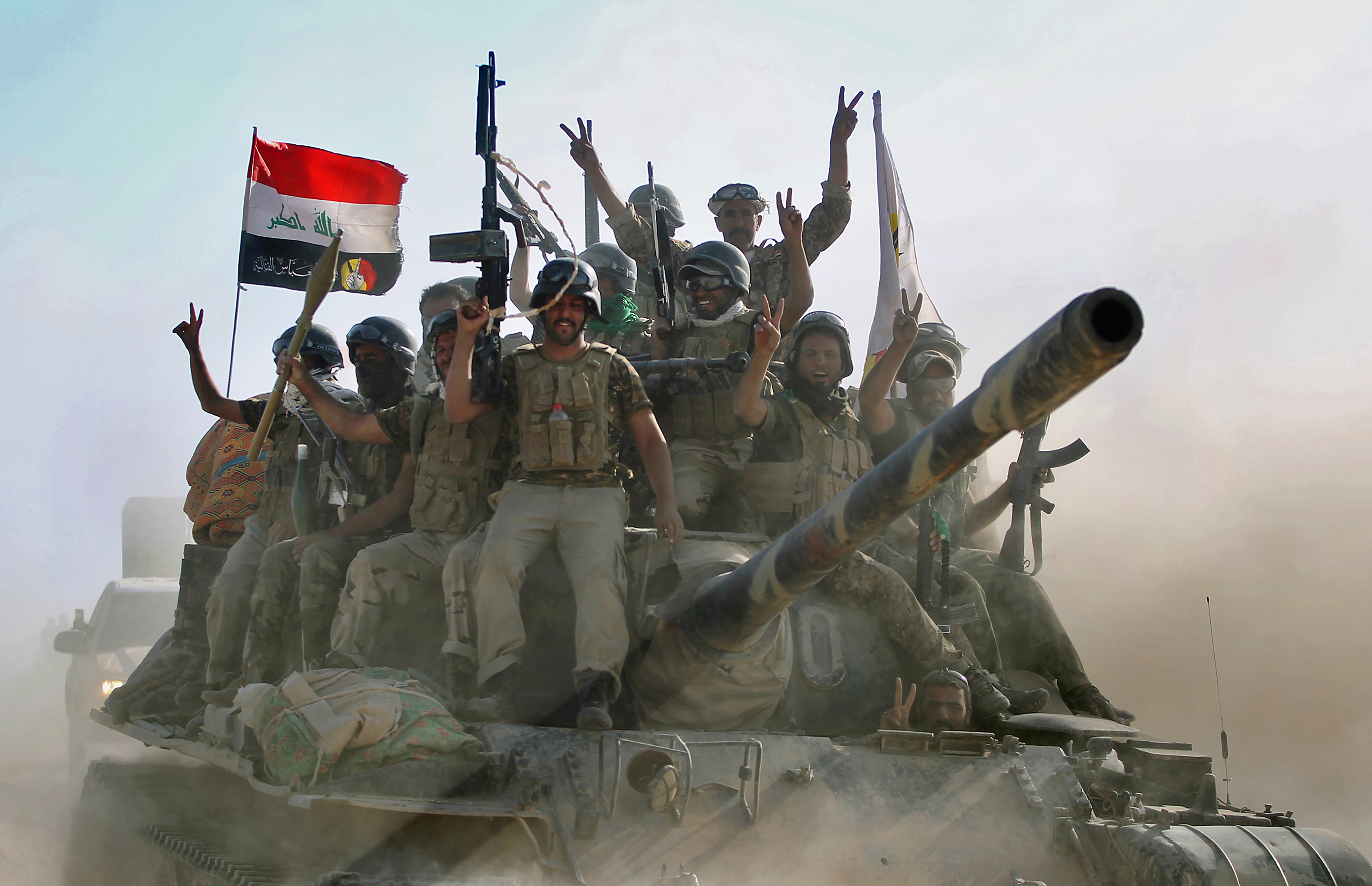 TOPSHOT – Fighters of the Hashed Al-Shaabi (Popular Mobilization units) advance towards the town of Tal Afar, west of Mosul, after the Iraqi government announced the beginning of the operation to retake it from the control of the Islamic State (IS) group on August 22, 2017./ AFP PHOTO / AHMAD AL-RUBAYE (Photo credit should read AHMAD AL-RUBAYE/AFP via Getty Images)

U.S. aid to the Syrian rebels began with supplies of weapons and training to the Free Syrian Army, a coalition of anti-Assad groups that formed the primary core of resistance against the Syrian government at the beginning of the Syrian Civil War in 2011. The CIA spearheaded the effort in 2013 through the Timber Sycamore program, which aimed to provide weapons and training to both anti-Assad and anti-Islamist militants. However, many fighters recruited and trained by the U.S. were secretly members of radical jihadist groups.

“We had, in the early stages, information that radical groups had used the vacuum of the Arab Spring, and that some of the people the U.S. and their allies had trained to fight for ‘democracy’ in Libya and Syria had a jihadist agenda — already or later, [when they] joined al Nusra or the Islamic State,” an Arab intelligence official told the Washington Post in 2014.

Additionally, during the gradual destruction of the Free Syrian Army as an effective fighting force in 2012-2013, many of the fighters armed and trained by the U.S. defected and joined ISIS.

“In the East of Syria, there is no Free Syrian Army any longer. All Free Syrian Army people [there] have joined the Islamic State,” Abu Yasef, a high-ranking commander of ISIS, also told the Washington Post in 2014.

A similar situation played out in Libya, in which the militants armed and trained by the U.S. to overthrow Muammar Gaddafi largely joined terrorist groups like ISIS after the defeat of the Libyan dictator. The U.S. has conducted a large air campaign against Islamic State forces in Libya, and a U.S. air strike killed the leader of the Islamic State in Libya in 2015. U.S. Special Forces have also conducted numerous operations to prevent strategic resources such as oilfields from falling into Islamic State control.

The Untied States provided both weapons and training to insurgents resisting the Soviet invasion of Afghanistan in 1979. Many of those groups became anti-Western after the conflict and transformed into terrorist groups like al-Qaeda and the Taliban.

Ali Mohamed, a member of the Egyptian intelligence service, helped train mujahedeen fighter to resist the Soviet invasion of Afghanistan in the 1980s. Some of his students included Osama bin Laden and Ayman al-Zawahiri, the current leader of al-Qaeda. In 1985, he was recruited by the CIA and brought to the United States, where he underwent training with U.S. Special Forces and special demolition training. However, Mohamed was secretly an agent for al-Qaeda, and he maintained close contact with Zawahiri. During his tenure in the U.S. military, Mohamed trained the terrorists who perpetrated the 1993 World Trade Center bombing. He trained other groups militants throughout his time in the U.S., and he provided al-Qaeda with information that resulted in the 1998 bombings of the U.S. embassies in Nairobi, Kenya and Dar es Salaam, Tanzania. He was discovered to be an al-Qaeda agent and arrested after the bombings.

The United States provided special operation training to the Iraqi Army during the Iran-Iraq War from 1980 to 1988. The U.S. supported Saddam Hussein’s invasion or post-revolutionary Iran in 1980 with billions of dollars in aid and military intelligence.

The U.S has invested heavily in training African armies to combat Islamic militants in Saharan Africa. Northern Mali in particular has become a haven for al-Qaeda and the Islamic State, and American Special Forces have trained elite units of native Malians in counterterrorism tactics in order to defeat the militants. (RELATED: Islamic Terrorists Launch Attack Against Multinational African Force In Mali) 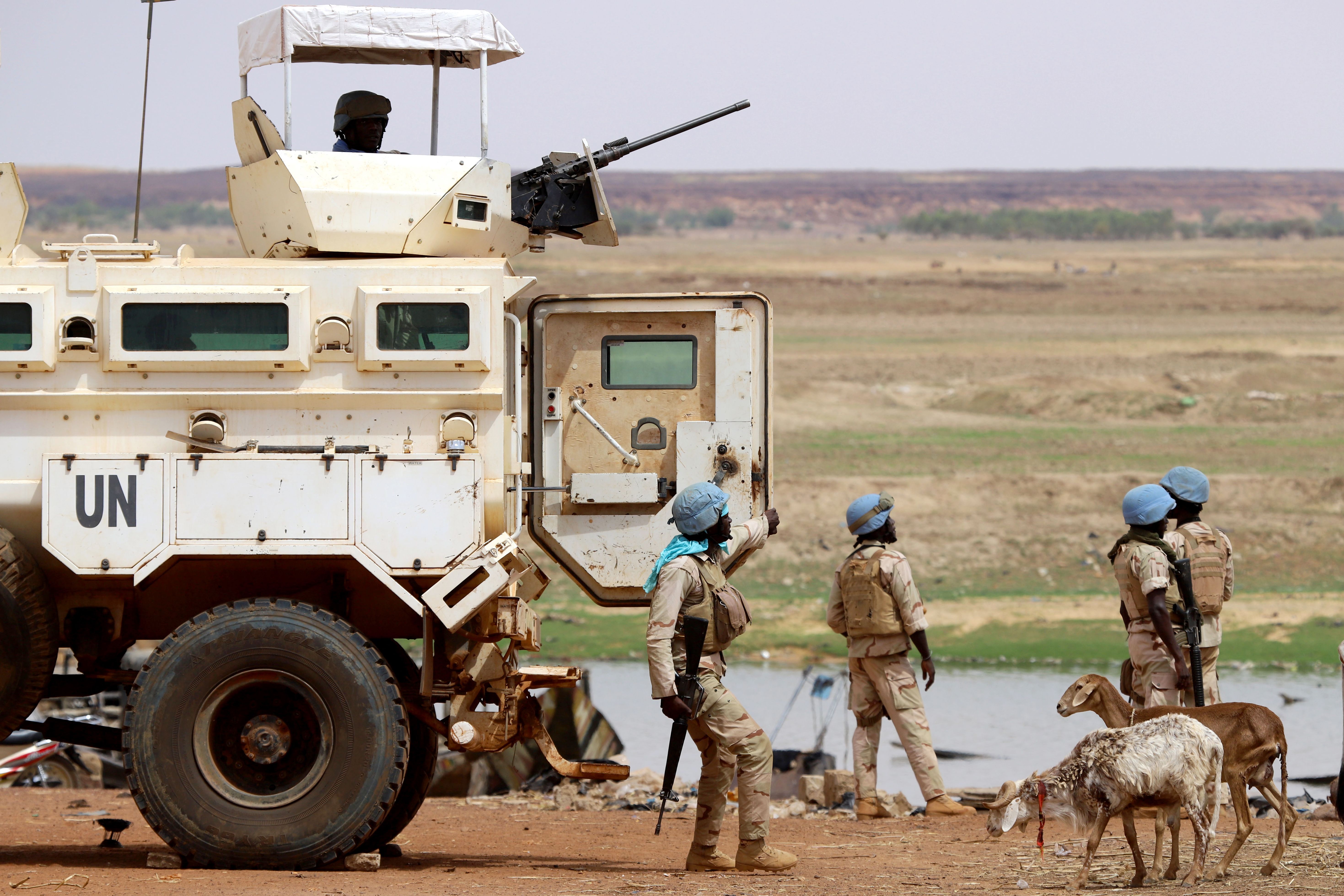 However, many of the leaders and troops in the American-trained units belonged to the same Tuareg ethnic group as the militants. Three of the four elite units fighting Islamic militants in northern Mali defected during an offensive by the insurgents in 2013. In addition to the elite units, roughly 1,600 regular army soldiers defected to the militants, crippling Malian forces in the northern part of the country.

Since then, U.S. Special Forces have carried out numerous operations against militants in Mali and neighboring countries, and President Donald Trump has increased the number of drone strikes against Islamist militants across Africa. 800 U.S. troops are stationed in Niger, Mali’s eastern neighbor. Four American soldiers were killed in an ambush in 2018 near the town of Tongo Tongo, near the Niger-Mali border.

Arming and training native troops to combat threats in lieu of American boots on the ground has been a staple of U.S. foreign policy since the Cold War, when President Richard Nixon made the training and equipping of South Vietnamese troops to take over the combat roles of American soldiers in Vietnam a priority during his administration. George W. Bush, Barack Obama, and Donald Trump have all used the same method in the War on Terror. However, the results of these programs have often been poor for American foreign policy and occasionally deadly for American troops. As a result of these programs, U.S.-trained foreign soldiers have too often used the skills and equipment provided by the U.S. to attack American citizens.