Khashoggi was killed by government agents in October 2018. The Washington Post contributor resided in the U.S. and was a critic of the Saudi Arabia government.

In addition to the five people sentenced to death, three others were sentenced to 24 years in prison for helping cover up the murder, the public prosecutor said, according to the Wall Street Journal.

Saudi Arabia Prince Mohammed bin Salman likely authorized the murder to some extent, according to a 2018 CIA assessment. The United Nations released a report in 2019 that also said the prince likely ordered the killing in some way. It called for an international investigation into the incident.

Bin Salman has denied any involvement or knowledge into the murder. He faced international criticism because some of the Saudi agents involved worked for him. 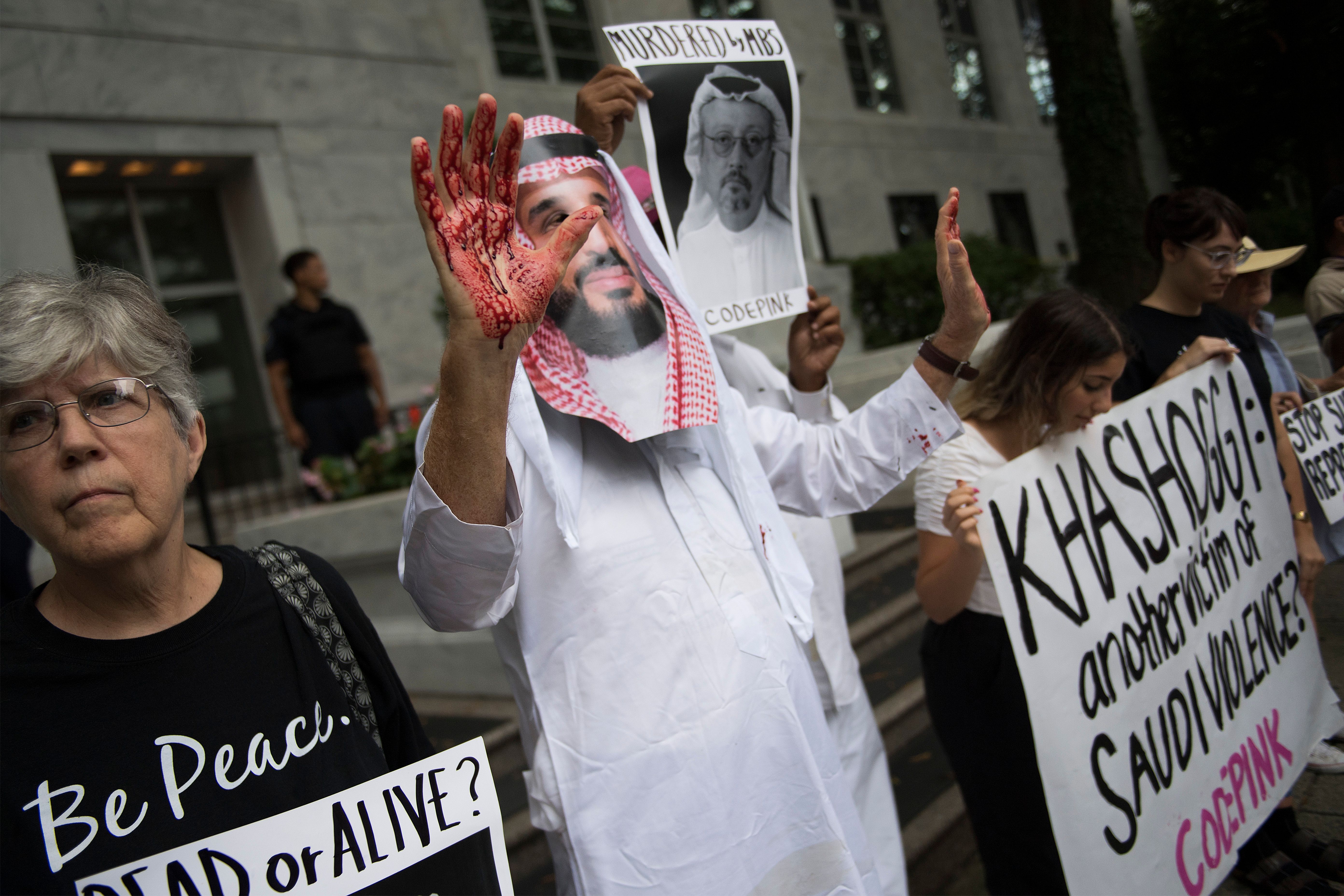 A demonstrator dressed as Saudi Arabian Crown Prince Mohammed bin Salman (C) with blood on his hands protests outside the Saudi Embassy in Washington, DC, on October 8, 2018. (JIM WATSON/AFP via Getty Images)

The trials were not public and names of those found guilty were not provided, CBS News reported. All of the people convicted in the murder are allowed to appeal the verdict.

Khashoggi died after walking into the consulate in Istanbul to receive documents so that he could marry his fiancé, who was Turkish. She was waiting outside and he never came out, according to CBS News. Khashoggi’s body was reportedly dismembered and removed from the building. His remains are still missing.

President Donald Trump’s administration sanctioned 17 Saudi Arabians who may have been involved in the killing. The sanctions did not extend to the prince. (RELATED: Rand Paul Calls On Congress To Halt Arms Sales To Saudi Arabia Over Jamal Khashoggi Disappearance)