“I’ve left a detailed message for her as to what I was thinking, what I was doing and what I hoped she would do,” Neil Abercrombie, who led the state from 2010 to 2014, told Politico in an interview after his announcement that she should resign at a rally. “I’m sure she pays attention to her voicemail.”

Abercrombie called Gabbard personally and told her he believes she should resign from office, before making the announcement in a press conference. (RELATED: Trump Says He Has ‘Respect’ For Tulsi Gabbard After Voting ‘Present’ On Impeachment)

This comes as President Trump said he has “respect” for 2020 Democratic presidential candidate Tulsi Gabbard after she voted “present” on the two impeachment articles against him, breaking with all of her Democratic colleagues.

“I give her respect. She didn’t vote the other day. I give her a lot of respect. Because she knew it was wrong. She took a pass,” Trump said during a speech Saturday at the Turning Point USA Student Action Summit in West Palm Beach, Florida, Fox News reported.

Gabbard on Wednesday voted “present” during the vote to impeach Trump, after saying earlier in the week she would be in favor of censuring him. 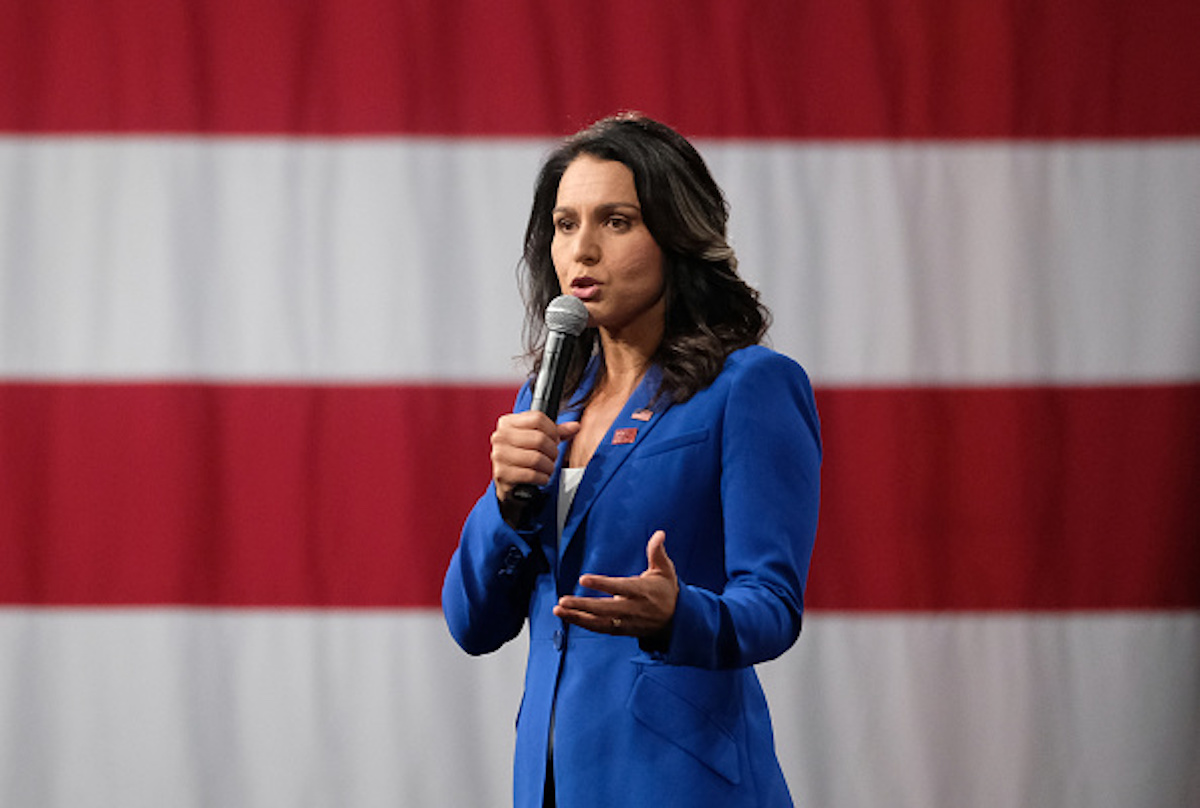 Gabbard announced Tuesday that she was still undecided on impeaching Trump and reportedly that she would vote to censure him. Reporters had been speculating all day on whether Gabbard would vote, as she was not seen on the House floor and was not responding to press inquiries. She was the only Democrat to vote “present.” (RELATED: Here Are The Three Democrats That Voted Against Impeachment)

“I’m taking this time for myself to be able to review everything that’s happened, all the information that’s been put forward,” “Gabbard told a crowd Monday at Furman University in Greenville, S.C., according to ABC News. “And just all the factors that go into really trying to figure out what is the best action to take for our country. And for democracy. It’s not a simple or easy decision to make.”

This comes as a group of House Democrats were reportedly considering censuring Trump instead of impeaching him. Instead, Democrats voted on party lines except for three members, who voted “no.”