Trump’s personal lawyer Rudy Giuliani attacked the Manhattan U.S. attorney’s office in an interview with New York Magazine published Monday over an investigation that has been opened up into him.

The former New York City mayor has been embroiled in controversy over allegations about his role in the Ukraine investigation that has led to President Donald Trump’s impeachment. He suggested during the interview that the Southern District of New York, which he ran for much of the ’80s, is out to get him over this, and out of jealousy.

Giuliani remained steadfast in denying any crimes levied against him, saying that “they’re out of their minds.” He suggested that the people looking into him have lost “their integrity in their insanity over hating Trump.”

“If they think I committed a crime, they’re out of their minds,” according to Giuliani. “I’ve been doing this for 50 years. I know how not to commit crimes. And if they think I’ve lost my integrity, maybe they’ve lost theirs in their insanity over hating Trump with some of the things they did that I never would’ve tolerated when I was U.S. Attorney.”

Giuliani served as the U.S. attorney for the Southern District of New York from 1983 until 1989. He also accused the attorney’s office of being jealous because “they haven’t done anything in eight years like” he did since leaving office.

“It’s a terrible thing to say because it will get the Southern District all upset, but I know why they’re all upset,” according to Giuliani. “Because they’ve never done anything like me since me. They haven’t done an eight years like I did since I left being U.S. Attorney. Nothing close.”

“Jealousy, and because I’m of a different political philosophy than they are. 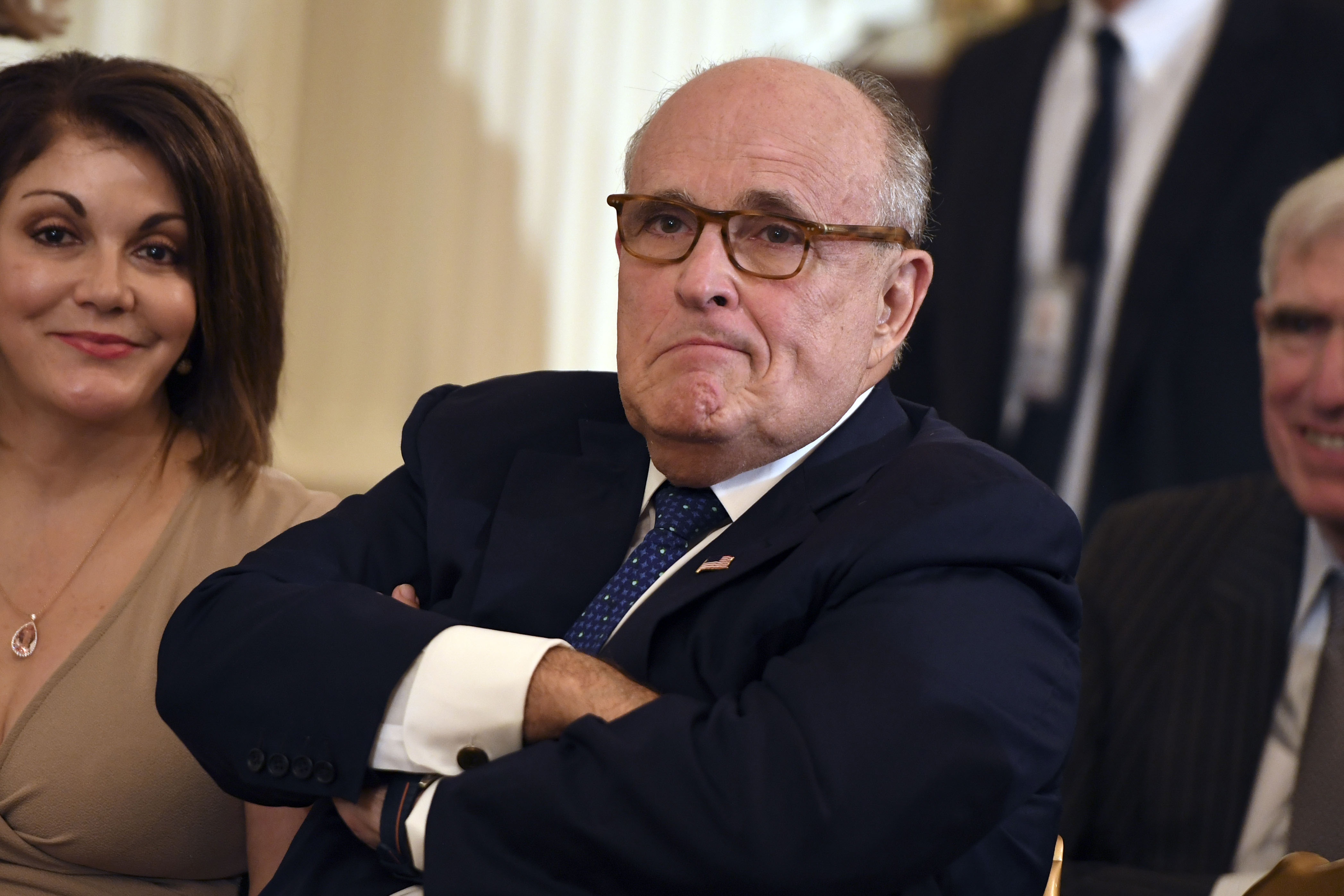 Rudy Giuliani looks on before the US president announces his Supreme Court nominee in the East Room of the White House on July 9, 2018 in Washington, DC. (SAUL LOEB/AFP via Getty Images)

The former mayor added that the Southern District are “logically impaired anti-Trump people.” He also called out former FBI director James Comey, saying that he ended up being “a disgrace.”

“I’m embarrassed that I hired him,” Giuliani said. “Never seen anyone run the FBI like that.”

Comey was dismissed as by Trump as FBI director in 2017 over how he handled former First Lady Hillary Clinton’s email probe, according to the Trump administration. (RELATED: Steele Dossier Played ‘Central And Essential Role’ In FBI Decision To Apply For Surveillance Warrants)

He was conducting an investigation into whether Trump campaign members worked with Russians in the 2016 election at the time. A subsequent inspector general’s report into the investigation found that the bureau had “significant inaccuracies” in how it surveilled officials on President Donald Trump’s campaign.

The Southern District is looking into whether Giuliani broke lobbying laws due to his Ukraine dealings. The former mayor is also being investigated by federal prosecutors over allegations that he tried to get rid of former ambassador to Ukraine Marie Yovanovitch.

She testified during Trump’s House impeachment hearing after being dismissed.