President Donald Trump and first lady Melania Trump released a message on Christmas wishing everyone happy holidays and describes what they believe is the true meaning of the holiday.

“Melania and I send our warmest greetings to those celebrating Christmas in the United States and around the world.  During this joyous time of year, we join a grateful Nation in thanking God for His abundant blessings and boundless love,” the message states. (RELATED: American Troops In Syria Receive Christmas Gifts Thanks To ‘Operation Holiday Express’)

As Trump and his family are in West Palm Beach, Florida, for Christmas, he and his wife released a message to the American people, wishing everyone a Merry Christmas. 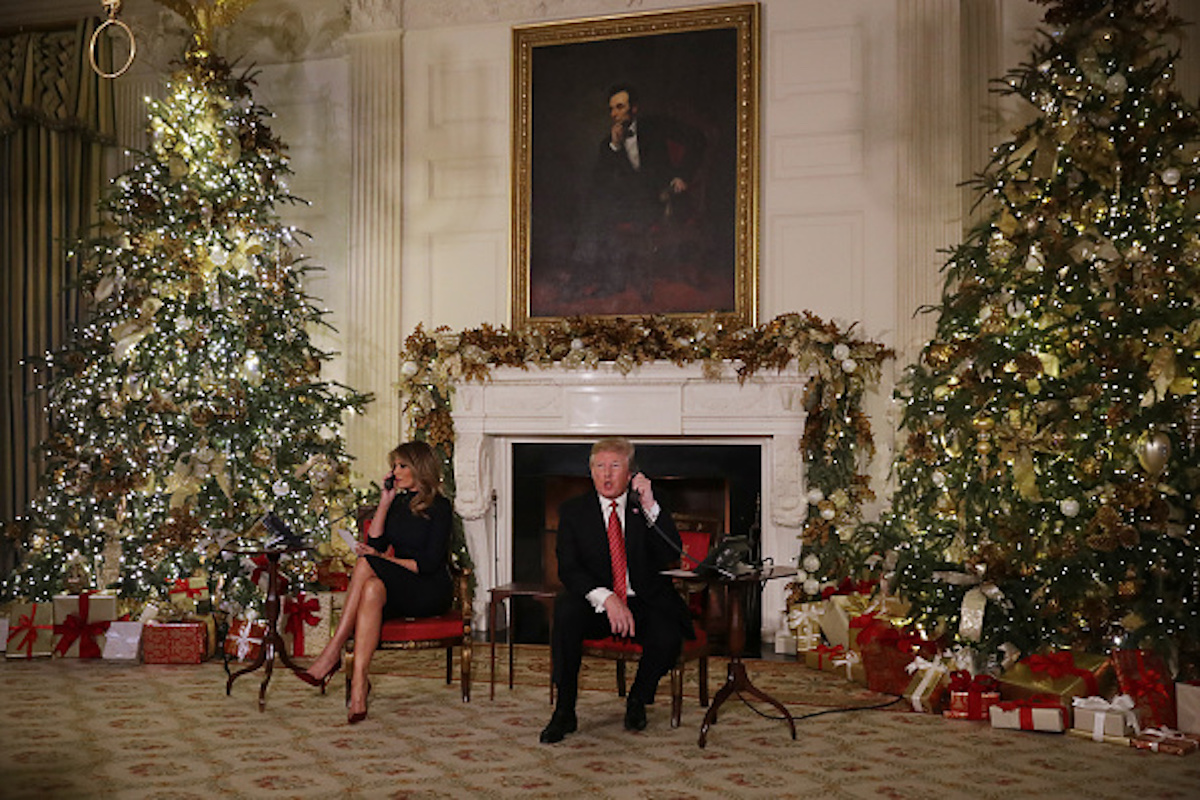 “As families, friends, and communities come together to rejoice in the birth of Christ, we are reminded of the divine message from the first Christmas: ‘Glory to God in the highest, and on earth peace, good will toward men.’ While the challenges that face our country are great, the bonds that unite us as Americans are much stronger. Together, we must strive to foster a culture of deeper understanding and respect—traits that exemplify the teachings of Christ,” the message continues.

They also paid tribute to servicemen and women overseas who can’t be home for the holidays.

“As we celebrate Christmas, we remember the precious religious liberties our forefathers so righteously fought to secure. We also pause to pay tribute to those courageous men and women of our Armed Forces who continue to fight for our cherished freedoms.  As Commander in Chief, I salute them for their service and thank their family members for their shared sacrifice in this noble mission, especially during the holiday season,” Trump said in the message.

President Donald Trump looks on as first lady Melania Trump pressed a button to light the National Christmas Tree during a lighting ceremony held by the National Park Service at the Ellipse near the White House, on December 5, 2019 in Washington, DC. (Photo by Drew Angerer/Getty Images)

Trump is set to come back to Washington D.C. after Christmas amid Democrats’ ongoing effort to impeach him. (RELATED: House Democrats Attended Trump’s Holiday Party At White House Hours Before Filing Articles Of Impeachment)

“We hope your heart is filled with the love and joy of your faith, family, and friends this Christmas. We send our best wishes for a merry Christmas and a happy and prosperous New Year,” Trump concluded.