Why Have The American People Decided To Throw Out Their Political Leaders And Start Over?
Kyle Hooten Contributor
December 30, 2019 5:10 PM ET
Font Size:

The scientist chiefly responsible for the birth of three genetically edited children in China was sentenced to three years in prison on Monday.

In November of last year, He Jiankui shocked the scientific community when he claimed to have created the first genetically edited human babies. On Monday, he was fined 3 million yuan ($430,000) and sentenced to three years in prison alongside two colleagues who each received lesser sentences and fines, according to the Associated Press.

The Nanshan District Court found that the trio of scientists guilty of a number of crimes related to their experiments, which involved attempted use of the genetic editing tool CRISPR to produce children with a natural immunity to HIV/AIDS. (RELATED: Gene Editing Could Revolutionize Science — So Why Are Scientists Trying To Turn Animals Into Frankenstein?)

“None of the three defendants acquired doctor’s qualifications,” the court said in its verdict, according to the South China Morning Post. “[They] craved fame and fortune, and deliberately went against the country’s regulations on scientific research and medical management. [They] went beyond the bottom lines of scientific research and medical ethics.” 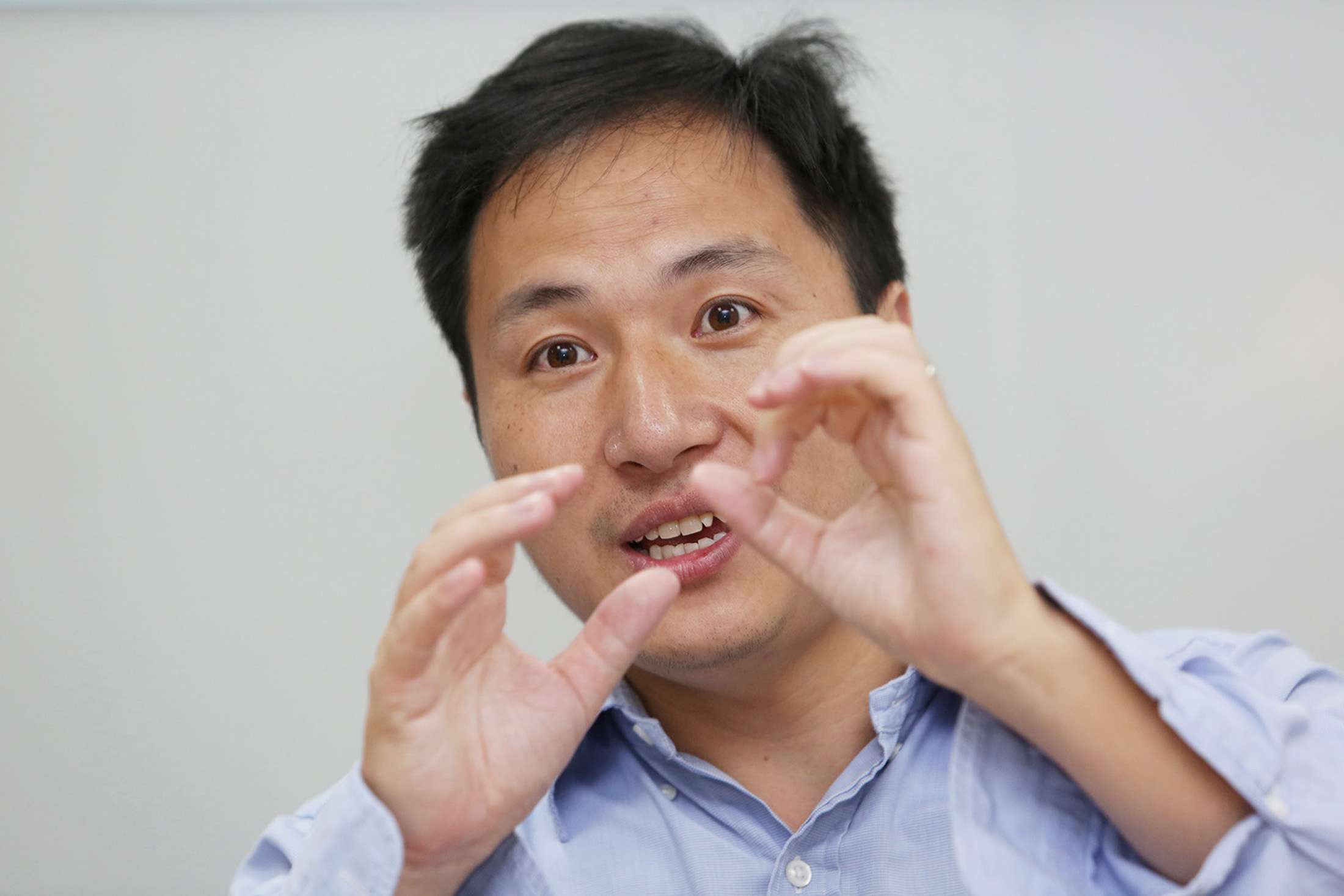 Although the court was able to confirm that Jiankui and his fellow researchers did produce three genetically edited children using two mothers, it is unclear if the experiments succeeded in producing the desired results, AP reports.

Creating genetically modified human babies is banned in China, America and most other countries. The US prohibits editing embryos except for lab research, according to AP.