A woman accused of assaulting three Jewish women was released without bail, because of New York’s upcoming bail reform law, and was arrested again just one day later.

The bail reform legislation is set to take effect January 1, but the judge in accused attacker Tiffany Harris’ case cited it as a reason for releasing her Saturday, according to the NY Post. The release came after Harris was charged with attempted assault as a hate crime.

“So I’m releasing her on consent and also because it will be required under the statute in just a few days,” Brooklyn Criminal Court Judge Laura Johnson said according to the NY Post. “Ms. Harris, you’re being released on your own recognizance.”

Harris admitted to the anti-Semitic attack, according to a criminal complaint. She was arrested again Sunday after her release when she punched a 35-year-old in the face, according to police. Police do not believe this attack was a hate crime.

“Yes, I slapped them,” Harris told cops according to the complaint from Friday’s attack. “I cursed them out. I said ‘F-U, Jews.'”

She also has an open harassment and assault case from November of 2018 and was not sentenced to any jail time after charges of felony criminal mischief in November, the NY Post reported. 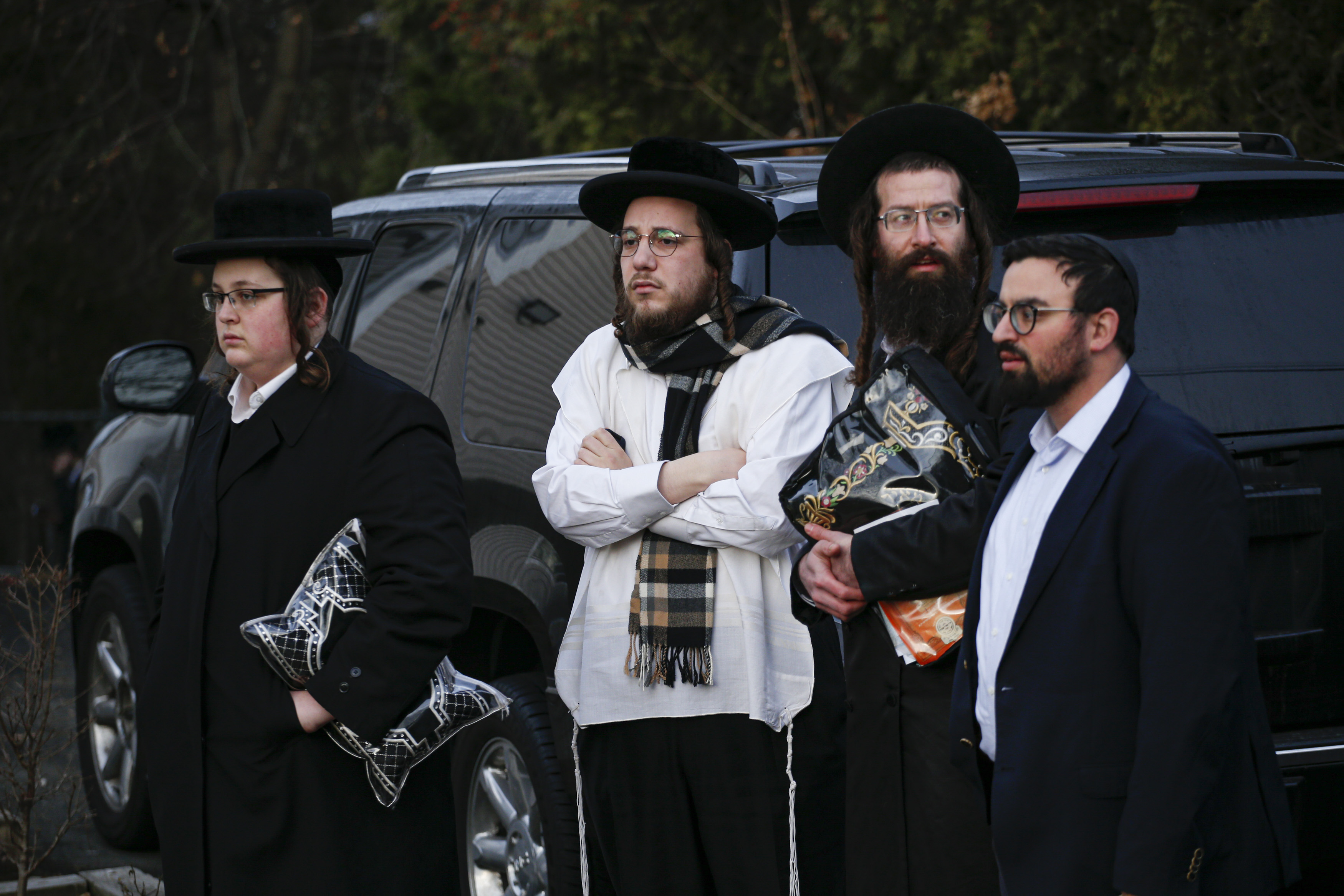 Members of the Jewish community gather outside the home of rabbi Chaim Rottenbergin Monsey, in New York on December 29, 2019 after an attack there. (KENA BETANCUR/AFP via Getty Images)

Ayana Logan, 43, is another suspect released after a hate crime that occurred in New York. Logan was released without bail Friday, although she was ordered to attend mental health sessions, the NY Post reported. (RELATED: 40,000 Jews Have Fled France In 10 Years Amid Rising Anti-Semitism) 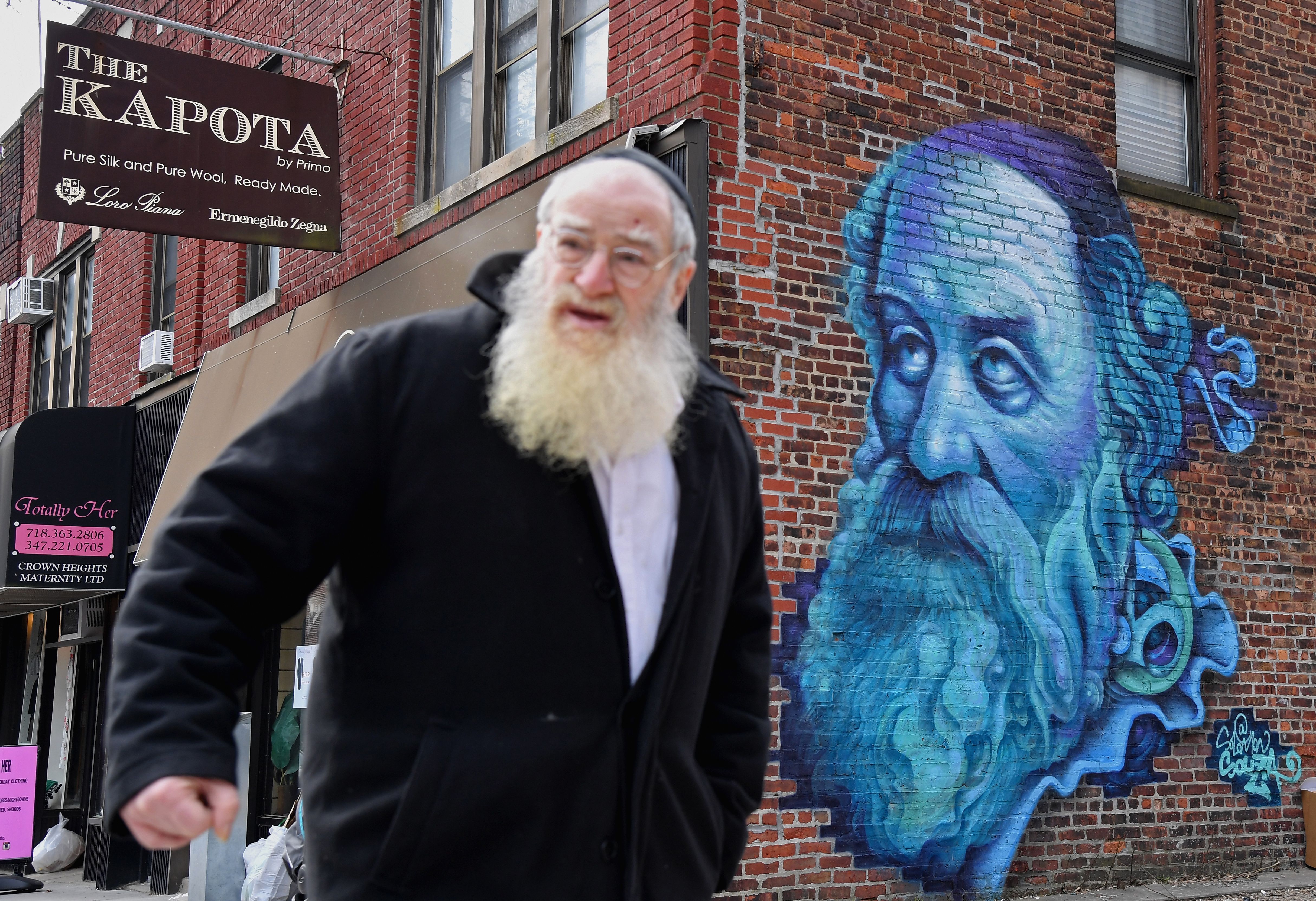 An Orthodox Jewish man walks past a mural of Alter Rebbe, the founder of Chabad Chassidus, by graffiti artist Salomon Souza in the Brooklyn neighborhood of Crown Heights on February 27, 2019 in New York. – Crown Heights has experienced a surge in antisemitic attacks over the last months, all aimed at members of the Hasidic community. (Photo: ANGELA WEISS/AFP via Getty Images) 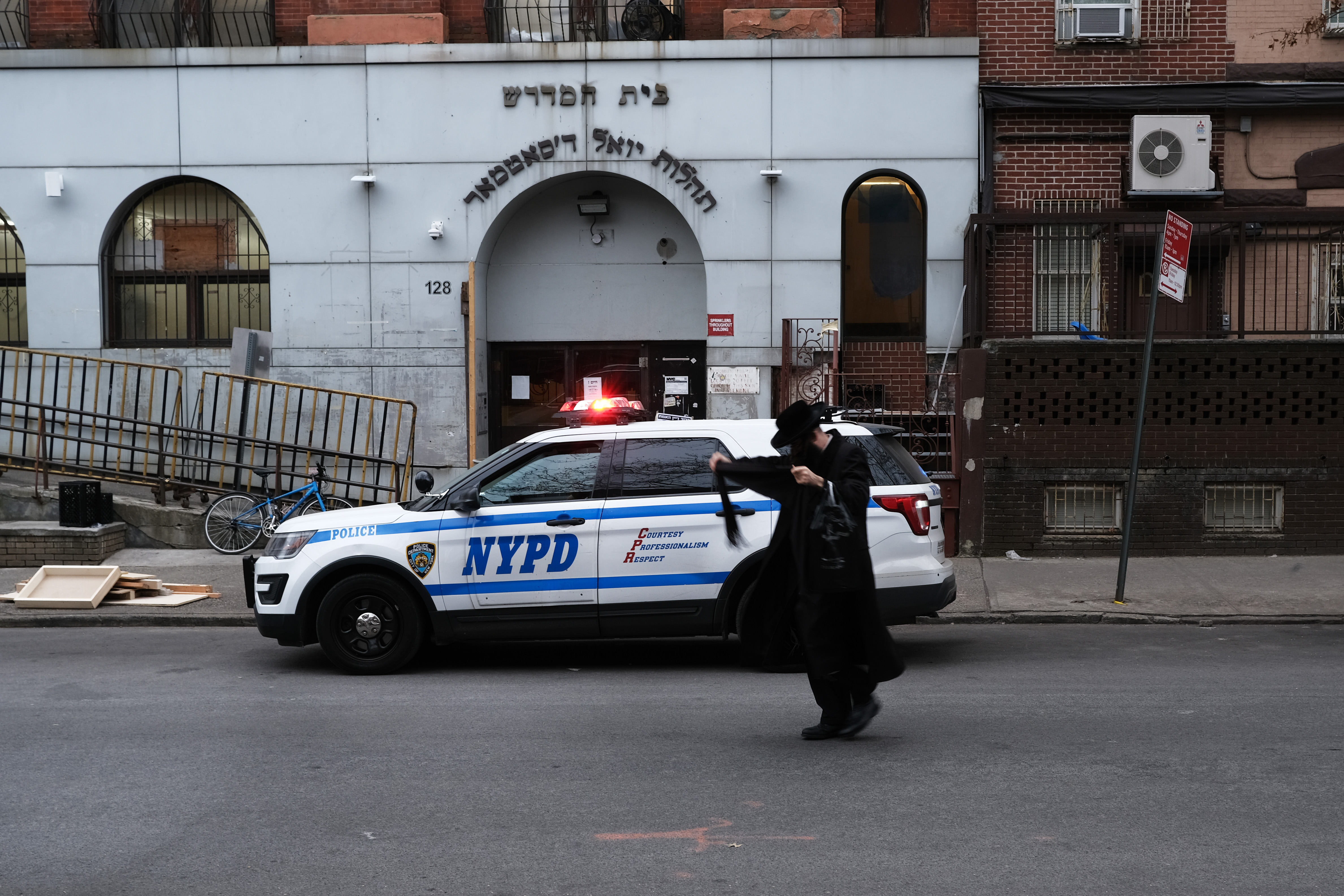 NEW YORK, NEW YORK – DECEMBER 29: A member of an Orthodox Jewish community walks through a Brooklyn neighborhood on December 29, 2019 in New York City. Five Orthodox Jews were stabbed by an intruder at a rabbi’s house during a Hannukah party on Saturday evening in the upstate New York town of Monsey. Tensions remain high in Jewish communities following a series of attacks and incidents in recent weeks. (Photo by Spencer Platt/Getty Images)

“You f—king Jew, the end is coming for you!” Logan allegedly yelled as she tried to hit an Orthodox Jewish woman with her handbag. The woman was holding hands with her 3-year-old son when the attempted assault occurred. 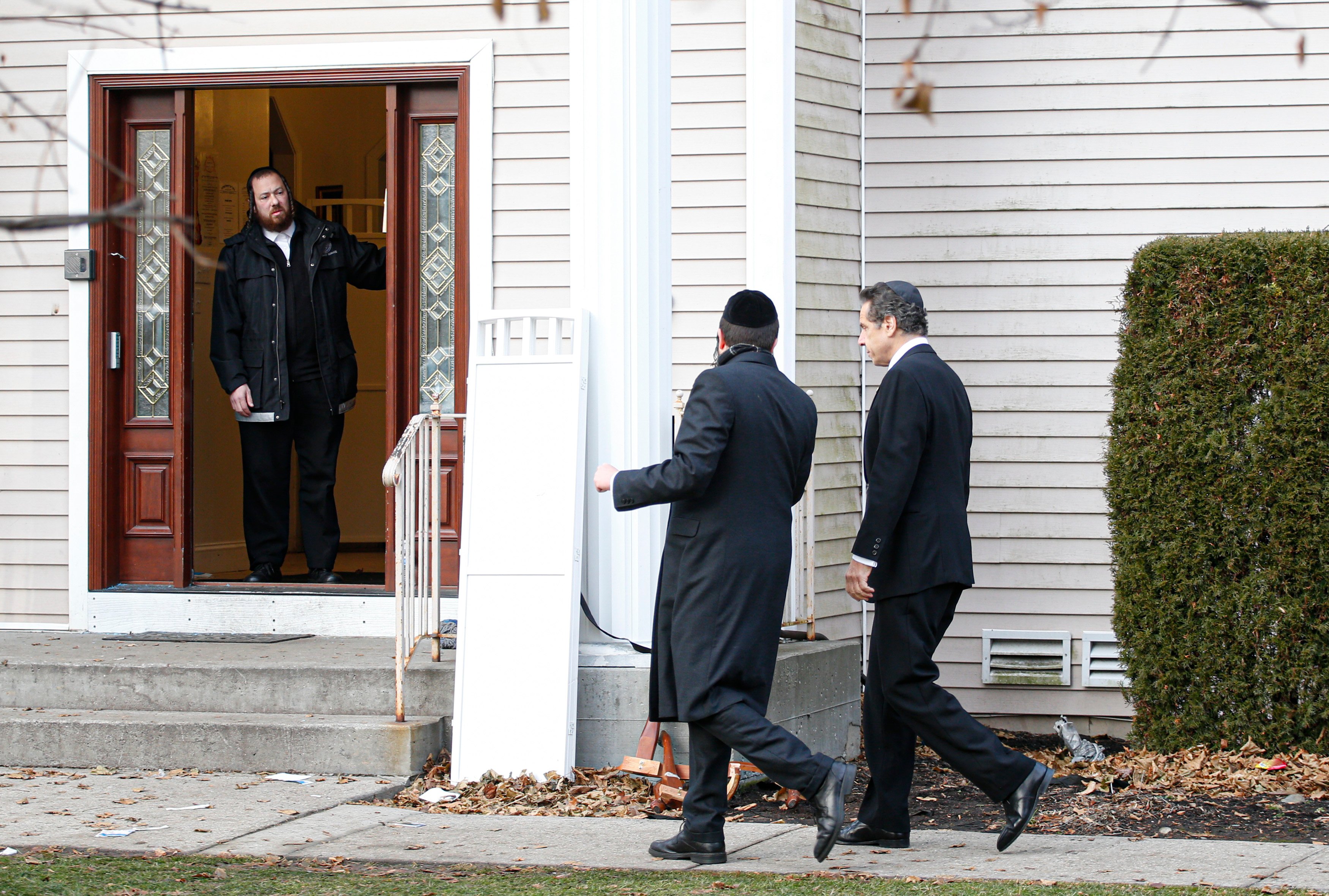 New York Governor Andrew Cuomo arrives to the home of rabbi, Chaim Rottenbergin Monsey, in New York on December 29, 2019 after a machete attack that took place earlier outside the rabbi’s home during the Jewish festival of Hanukkah in Monsey, New York. An intruder stabbed and wounded five people at a rabbi’s house in New York during a gathering to celebrate the Jewish festival of Hanukkah late on December 28, 2019, officials and media reports said. (Photo by KENA BETANCUR/AFP via Getty Images)

There has been at least eight attacks against New York’s Jewish community in December alone. Five people were stabbed Saturday evening when a man with a knife broke into a rabbi’s home in Monsey, New York during a Hanukkah celebration.