A Kansas police officer has resigned after admitting that he fabricated a story about McDonald’s employees writing an expletive remark on his coffee cup.

An officer on the Herington, Kansas police force, who has not been identified, resigned from his position after admitting that he wrote “F***ing Pig” on his McDonald’s coffee cup and falsely blamed employees at the location, Herington Police Chief Brian Hornaday announced during a Monday press conference.

“McDonald’s and its employees did not have anything whatsoever to do with this incident. This was completely and solely fabricated by a Herington police officer who is no longer employed with our agency,” Hornaday said Monday. “The actions of this former officer are absolutely in no way reflective of the values and the typical character of the Herington Police Department.”

“I truly hope that the former officer of the Herington Police Department that did this — I hope he understands the magnitude of the black eye that this gives the law enforcement profession from coast to coast,” he continued. 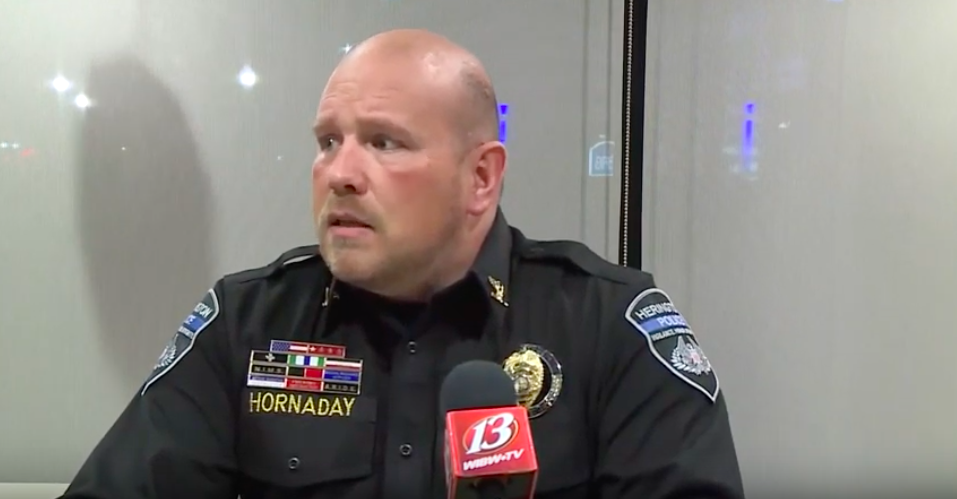 Uproar began when Hornaday on Saturday took to Facebook to say that one of his officers, while visiting a nearby McDonald’s restaurant before work that day, was given a coffee cup with the offensive message. The accusation prompted an immediate investigation by the store.

Dana Cook, who owns that store location, later stated that surveillance footage proved that none of the McDonald’s employees wrote any sort of message on the cup.

“We took seriously our role to be transparent and fully cooperative with Chief Hornaday and his department throughout his investigation. We look forward to contiuing our strong relationship with the department moving forward,” Cook said during the press conference. “Our McDonald’s family maintains great respect for all members of law enforcement and our military.”

The 23-year-old now-former officer had only been with the department for about two months, having joined after roughly five years in the Army. The former office claims the incident was intended to be a joke. (RELATED: Oklahoma Police Officer Tries To Get Starbucks Coffee For His Dispatchers On Thanksgiving, Is Called A ‘Pig’ Instead)

Hornaday, for his part, says he will think twice before sharing such stories on social media.

“I sincerely hope it doesn’t ever happen again, but I assure you that I will often question my decision about posting anything on social media because of the impact that it could have, mostly because of everything we do, everything we say in the public is always brought into question,” he said.