Hong Kong protesters didn’t stop to celebrate the New Year, marching through the streets Tuesday evening in an effort to continue their fight for democracy.

Midnight fireworks have been cancelled for the first time in a decade because of security concerns, according to the Canadian Broadcasting Corporation (CBC). Instead, a Symphony of Lights will play on Hong Kong’s skyscrapers.

Protesters said they would not be celebrating, instead calling for the demonstrations to continue into 2020. (RELATED: Trump Signs Pro-Hong Kong Legislation)

“This year there are no fireworks, but there will probably be tear gas somewhere,” a protester named Sam, 25, said according to CBC. “For us it’s not really New Year’s Eve. We have to resist every day.” 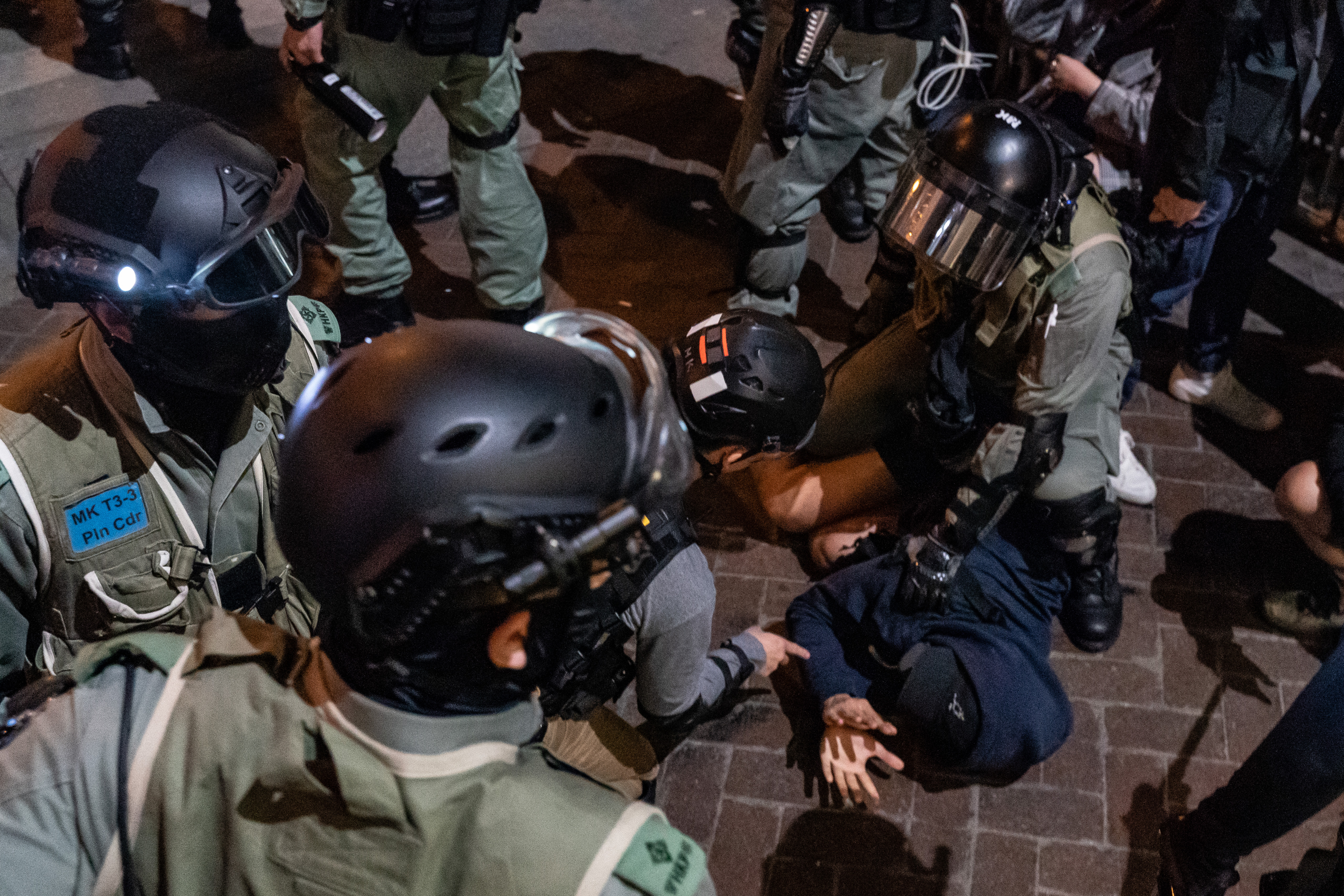 A man is detained by riot police outside of a police station at Mongkok district ahead of countdown on New Year’s eve on December 31, 2019 in Hong Kong, China. (Anthony Kwan/Getty Images)

The pro-democracy protests began in June over a now-withdrawn bill aimed at allowing for extraditions to China. Despite the bill being withdrawn, the protests continued and have grown into a call for democracy.

Masked protesters formed chains and walked through shopping malls on New Year’s Eve as officers patrolled some of the popular areas of Hong Kong. Various demonstrations throughout the city were planned for the evening, according to CBC.