Migrants stationed near the U.S. southern border pleaded with the Mexican government to stop a tentative plan by the Trump administration to deport Mexican nationals to Central America.

Protesters, most of whom were Mexican migrants themselves, gathered around Tijuana offices of the National Commission of Human Rights on Monday, requesting that the government provide more rights and resources to Mexican migrants fleeing violence, according to The San Diego Union-Tribune. Additionally, the demonstrators asked their government to prevent the White House from sending Mexican asylum seekers to Guatemala — an idea the Trump administration has left open.

“We came here to complain because they want to send us to Guatemala. We, Mexicans, are asking for political asylum and the truth is that’s not a safe country,” said Luis de Jesus Carreño Díaz. “So now they want to send us to a worse place? We have no family there. There is no work. There are no shelters. What are we going to do? Turn to crime to eat? I don’t think so.”

Several people being held in an immigration detention center in San Diego, according to Carreño, said they are being told they will be transferred to Guatemala after the new year. The stories are causing him and his family to reconsider crossing the border and claiming asylum in the U.S. 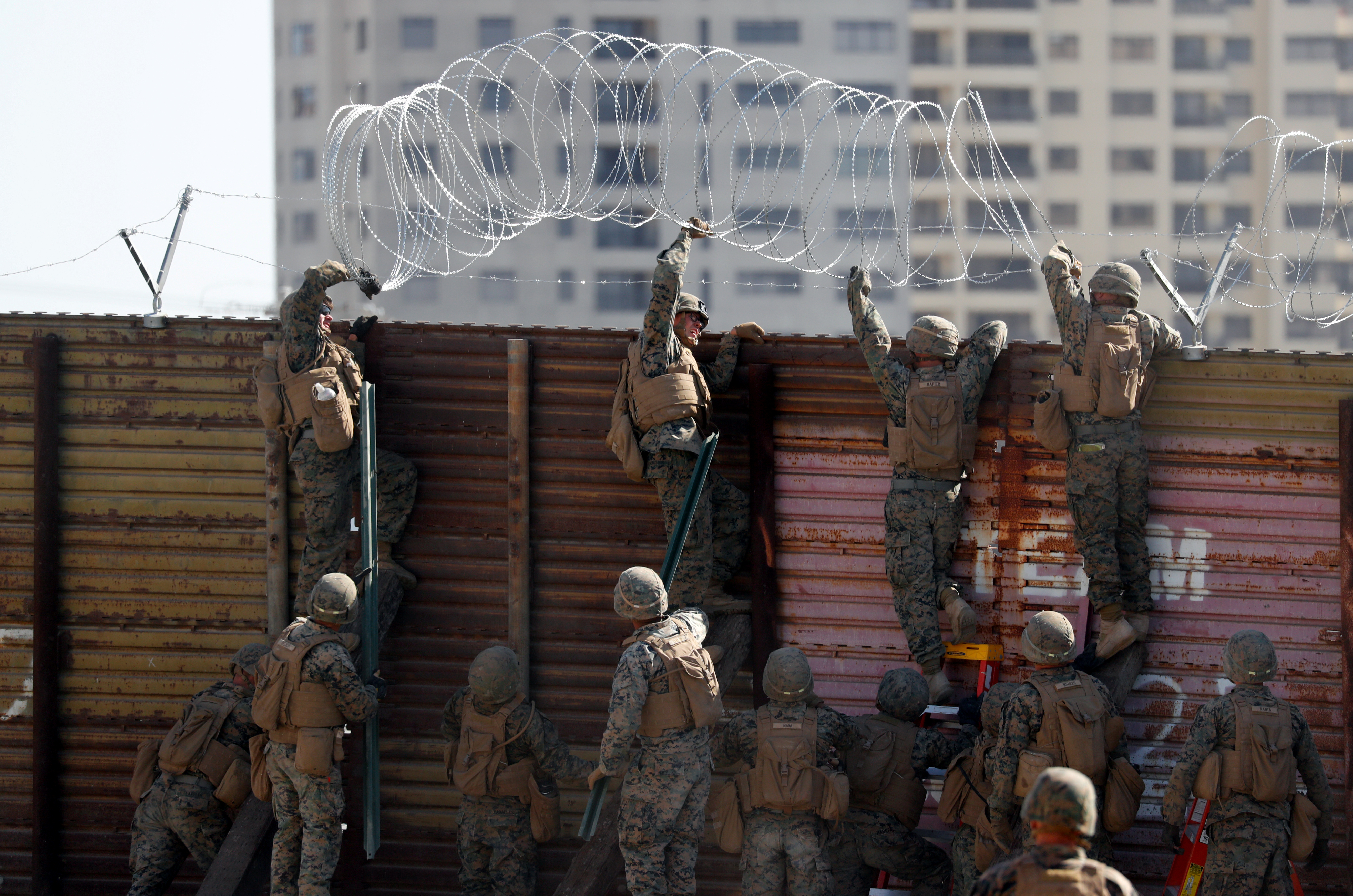 U.S. Marines instal concertina wire along the top of the primary border wall at the port of entry next to Tijuana in San Ysidro, San Diego, U.S., November 9, 2018. REUTERS/Mike Blake

The Trump administration — after implementing a number of policies aimed at reducing the flow of Central American migrants appearing at the southern border — is forced to deal with changing demographics. Customs and Border Protection (CBP) announced in November that, for the fist time in roughly a year-and-a-half, the majority of those apprehended by Border Patrol are Mexican nationals.

The Department of Homeland Security, which oversees CBP and other immigration-related agencies, is implementing programs tailored toward reducing Mexican illegal immigration.

The department, for example, relaunched the Interior Repatriation Initiative, which deports Mexican nationals deep into in the interior of the country instead of just a few miles past the border, making recidivism more difficult. Immigration and Customs Enforcement (ICE) has already begun repatriating Mexicans to Guadalajara, a city in the central region of the country. (RELATED: Former ICE Chief Predicts ‘Out-Of-Control’ Border If Democrats Win In 2020)

The Trump administration, while mum on specifics, has not ruled out the possibility of sending them all the way to Guatemala.

“As we fully implement the agreement, all populations are being considered, including Mexican nationals,” acting Deputy Secretary of Homeland Security Ken Cuccinelli tweeted earlier in December.

1
Bloomberg Office Vandalized, Campaign Immediately Suggests Bernie Sanders Is To Blame
Politics
2
We Checked In With Post-Impeachment Adam Schiff, And As Expected, He's Gone A Little Mad
Editorial
3
'I'm Hoping For Track To Just Become Fair Again': Teenager At Center Of Transgender Lawsuit Is Fighting Back. Here's What She Had To Say
US
4
Matt Gaetz Comes Out Swinging On 'The View,' Declares The 'Death Of The Political Left'
Politics
5
Trump Name Drops Matt Drudge At Colorado Rally: 'He's Starting To Like Me Again'
Media