Investigators say Brandon Kirby, 40, began his crime spree in the early hours of the morning at an adult video store in Missouri. There, an arrest report alleges that Kirby stole a pickup truck which contained a sleeping man and the man’s pet goat, reports Newson 6 News.

The man who was asleep inside the vehicle says he didn’t wake until Kirby had driven him through part of Kansas and into Tulsa, Oklahoma. There, the passenger opened his eyes to discover Kirby holding him at gunpoint and getting high on meth, according to the arrest report.

Kirby eventually deposited his unwilling passenger (and the passenger’s pet goat) in Creek County, Oklahoma. While this was not the first mistake he made that day, it is the one which lead to his eventual arrest, as the freed passenger was able to use OnStar to report the vehicle stolen, according to Newson 6. (RELATED: This Mark Zuckerberg Story Involving A Goat May Be The Most Bizarre One Yet) 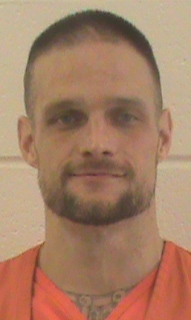 OnStar remotely slowed the pickup to about 15 miles an hour. Kirby then lead police on a slow speed chase before officers flattened his tires with a spike strip and pushed his stolen ride off the road.

In a last-ditch effort to evade arrest, Kirby dropped his gun and attempted to flee from the law before hiding in some tall grass along Highway 412, his arrest report shows.

This was not Kirby’s first encounter with crime. The Oklahoma Department of Corrections records show convictions in multiple Oklahoma counties, per Newson 6.

1
Harvey Weinstein Diverted To Hospital Instead Of Rikers Island, Complains Of Chest Pains
Entertainment
2
Shaq Drops F-Bomb Live On CNN At Kobe Memorial
Editorial
3
Here's What The Lead Roger Stone Juror Wrote In Her Jury Questionnaire
Politics
4
'It Destroyed My Body': Here's Why This Former Trans Woman Regrets His Gender Transition
US
5
FBI Agent Faulted In FISA Report For 'Significant' Errors Has Finally Been Identified
Politics