Former Trump campaign chairman Paul Manafort told investigators with the special counsel’s office in October 2018 that he did not believe President Donald Trump would give him a pardon, according to documents released Wednesday.

Manafort also told investigators that he pleaded guilty in the special counsel’s probe in September 2018 because he believed he “had no chance at trial.”

The Justice Department released two transcripts of Manafort’s interviews with the special counsel along with those of 18 other witnesses involved in the probe. The 356-page document dump, which includes 33 heavily redacted transcripts in all, were provided to BuzzFeed News and CNN as part of a lawsuit the outlets filed under the Freedom of Information Act.

“Manafort does not believe Trump will pardon him,” reads a summary of an interview that the longtime GOP operative gave on Oct. 1, 2018.

On Sept. 14, 2018, Manafort pleaded guilty in federal court in Washington, D.C., to conspiracy and witness tampering charges. A jury in Virginia had convicted him Aug. 21, 2018, on tax and bank fraud charges stemming from his work in Ukraine. He was sentenced to 73 months in prison on March 13. (RELATED: Manafort Sentenced To 73 Months In Prison)

The notes of Manafort’s interviews stated he was “hopeful” for a pardon during the course of the special counsel’s probe, “but did not discuss one directly with Trump.” 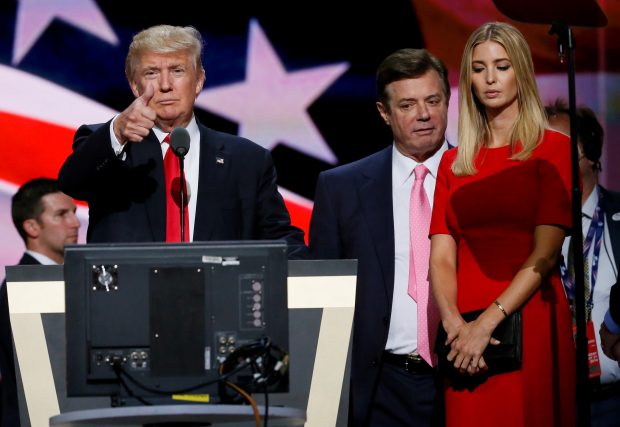 “He noticed Trump’s public comments about pardons. Manafort never received any sort of assurance from Trump about a pardon. They did not discuss how best for Manafort to situate himself,” the notes read.

Manafort’s plea deal led to some speculation that the former Trump aide has been angling for a pardon in exchange for not flipping against the president.

But Manafort told investigators that he entered a plea deal because he “knew he was going to lose” at trial, “and it was not worth the agony or the money to continue to fight.”

“Manafort thought it was probably best to fight until the end but ultimately decided he wanted to deal with taking care of his family,” the FBI agents wrote.

A transcript of interviews that former Trump lawyer Michael Cohen gave the special counsel also addresses pardon discussions. Cohen, who also entered a plea deal with the special counsel, said that he never discussed pardons with Trump, but did bring up the issue with Trump lawyer Jay Sekulow as well as with Robert Costello, an attorney who is closely associated with Rudy Giuliani.

“Cohen has never talked directly to Trump about pardons,” FBI agents wrote in notes from Cohen’s March 19, 2019, interview with the special counsel.

Cohen said he maintained hope he would receive a pardon, and that he was never explicitly told he would not receive one.

“The word back was that they were not talking about pardons for anyone at that time. Cohen took it as a ‘not now,’ not that it would never happen,” the transcripts says. “Cohen did not recall Sekulow ever having told him he would not get a pardon. Cohen was left with the impression that Trump was going to take care of everyone and everything.”