The Trump administration pressed the Supreme Court Thursday to protect a contested Louisiana rule that requires abortion providers have admitting privileges at a nearby hospital.

An abortion clinic and two physicians challenging the law, called Act 620, warn that two of Louisiana’s three abortion clinics will close if the regulation takes effect. The Trump administration said the plaintiffs have not made good faith efforts to comply with the law, such that any adverse consequences for abortion access would be their fault and not the state’s.

“Because plaintiffs challenging an abortion regulation bear the ‘burden to present evidence of causation’ — that is, evidence that the regulation itself, rather than other causes, had ‘the effect’ of creating a substantial obstacle to obtaining an abortion — any assertion that abortion providers are unable to comply with a regulation must be subject to searching review,” the government’s brief reads.

“Otherwise, abortion providers could effectively veto disfavored legislation by asserting that compliance is too difficult or objectionable and threatening to leave practice if forced to follow the law,” it adds.

For example, the government pointed to evidence credited in a lower court that one of the abortion providers — identified in legal papers as “Doe 5” — did not earnestly attempt to obtain admitting privileges. Doe 5 concedes that a qualifying hospital will grant him admitting privileges if he can find a “covering doctor” to stand in as a backup when he is unavailable. The administration said Doe 5 has not made serious efforts to find a covering physician, however.

Another abortion provider, “Doe 6,” applied to one of nine qualifying hospitals, according to the lower court.

Louisiana’s admitting privileges requirement is largely similar to a Texas law the Supreme Court invalidated in a 2016 decision called Whole Woman’s Health v. Hellerstedt. The administration suggested Hellerstedt may need to be narrowed or overruled outright, depending on how the justices choose to proceed. (RELATED: Democrats Press Supreme Court For Quick Decision To Salvage Obamacare) 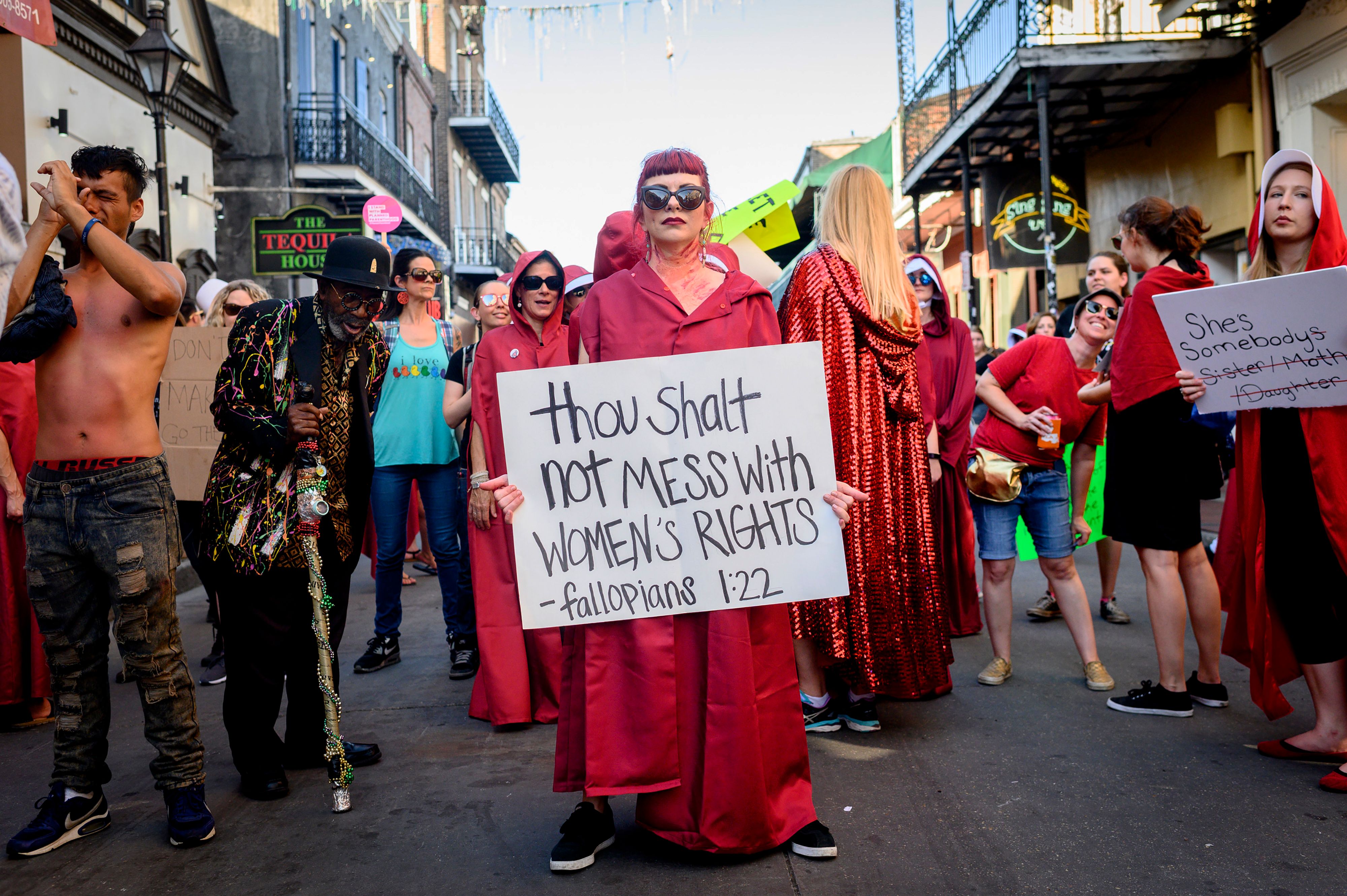 Demonstrators protest a proposed heartbeat bill that will ban abortion after six weeks on Bourbon Street in New Orleans, Louisiana, on May 25, 2019. (Emily Kask/AFP/Getty Images)

Yet the court doesn’t need to reach the heart of the dispute, the administration argued elsewhere in its brief. It said the case can be dismissed on technical grounds, since the abortion providers don’t have standing to challenge the law. The providers brought their case on behalf of patients seeking abortions, but the government said that’s inappropriate because providers and patients have different interests.

“Because the law creates compliance costs without any personal benefits for abortion providers, such providers have every incentive to see the law invalidated,” the brief reads. “For women, however, the calculus is different. The law imposes no direct costs on them, and they may see its benefits as quite significant (while viewing any indirect costs as speculative).”

The administration also asked the court Thursday to participate in the case’s oral argument, which is set for March 4. The justices generally grant such requests.

A coalition of over 200 lawmakers from both houses of Congress took a far more aggressive position in their own legal filing, urging the justices to use the Louisiana dispute to reconsider Roe v. Wade itself.

Act 620 has not taken effect. The Supreme Court put the law on hold while litigation continued in February 2019. The 5th U.S. Circuit Court of Appeals overturned a lower court ruling that blocked Act 620 in September 2018.

Approximately 10,000 abortions are performed in Louisiana each year.