The Iraqi parliament voted Sunday to expel United States troops from their country.

The rebuke came as a result of the Trump administration’s decision to kill Iranian Gen. Qasem Soleimani, the leader of the terrorist Quds Force, in Iraq. As the Iraqi parliamentarians voted, hundreds of thousands of pro-Iranian protesters crowded the tweets of Tehran to express their mourning at the loss of Soleimani, according to The  New York Times.

A protester holds a poster with the image of top Iranian commander Qasem Soleimani, who was killed in a US airstrike in Iraq, in the Kashmiri town of Magam on January 3, 2020. – Hundreds of people in Indian Kashmir staged “anti-American” demonstrations in the troubled territory on January 3 within hours of US forces killing a top Iranian commander. (Photo by TAUSEEF MUSTAFA/AFP via Getty Images)

The 170-0 vote is contingent upon the approval of Iraqi Prime Minister Adel Abdul Mahdi  — but since he authored the legislation, his signature is seen as a foregone conclusion. (RELATED: Liberal Pundits Are Calling US Protests In Iraq ‘Trump’s Benghazi’)

As American troops are stationed in Iraq “at the invitation” of the Iraqi government, their expulsion would seem a done deal.

Soleimani’s remains were returned to Iran early Sunday. Abu Mahdi al-Muhandis, the deputy of the terrorist Iraqi Popular Mobilization Forces, was also killed in the raid.

The killing has been wildly applauded by Republicans lawmakers but criticized by many Democrats as well as isolationist conservatives as an unwise decision that brings the country closer to a war in the Middle East or even another world war. (RELATED: 100 Marines Sent To Baghdad To Fortify Embassy Defenses Amid Protests) 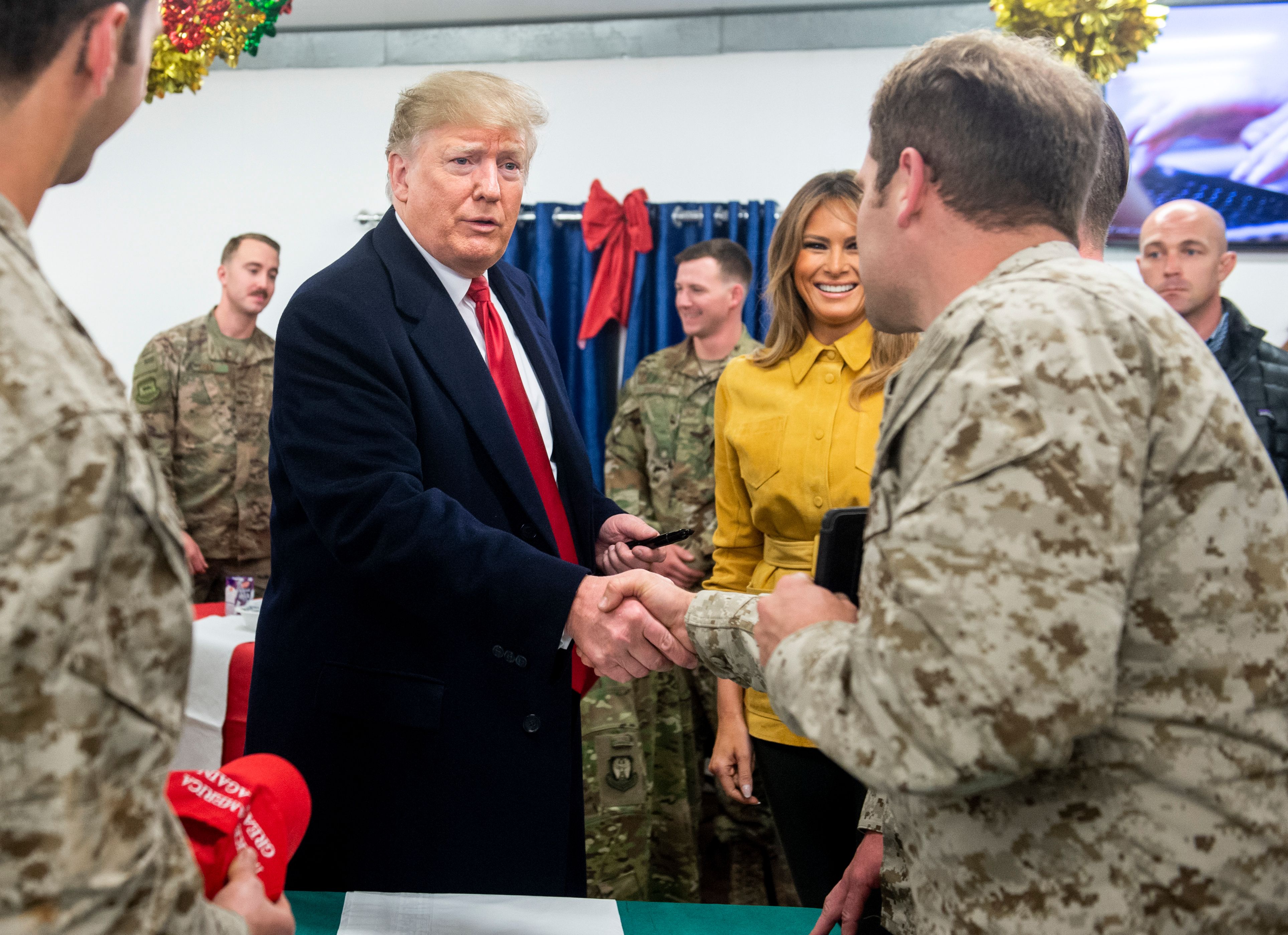 US President Donald Trump and First Lady Melania Trump greet members of the US military during an unannounced trip to Al Asad Air Base in Iraq on Dec. 26, 2018. – President Donald Trump arrived in Iraq on his first visit to US troops deployed in a war zone since his election two years ago (Photo by SAUL LOEB / AFP) (Photo credit should read SAUL LOEB/AFP/Getty Images)

On Saturday, President Donald Trump warned Iranian leaders that if the country attempts a revenge attack for Soleimani’s death the United States will target 52 areas of opportunities in Iran, including historical sites. Trump said the number 52 is representative of the number of hostages that Iranian militants took hostage over 40 years ago at the U.S. Embassy in Tehran.

In a responsive tweet, Iranian Foreign Minister Mohammad Javad Zarif told Trump that “targeting cultural sites is a war crime.” He said that the “end of U.S. malign presence in West Asia has begun.”