It appears that John Light, managing editor of Talking Points Memo, needs to see the light, or maybe just a little glimmer would do the trick. Because if he truly understood his left from his right — something I think we generally learn in Kindergarten — he’d know that John Bolton doesn’t frequently grasp his left lens.

Stay with me here.

Light tweeted a bunch of photographs of former White House National Security Adviser John Bolton holding onto the right lens of his glasses. It seems like a ridiculous twitch or habit of sorts. Light is right to point out the weirdness.

But that is where his rightness ends.

If you’re looking straight at the photograph you could conceivably call what Bolton is doing the left side of the picture. But if you’re someone who occupies a top role at a news outlet, you might want to be more careful before making such a dumb error.

He has not acknowledged his error. 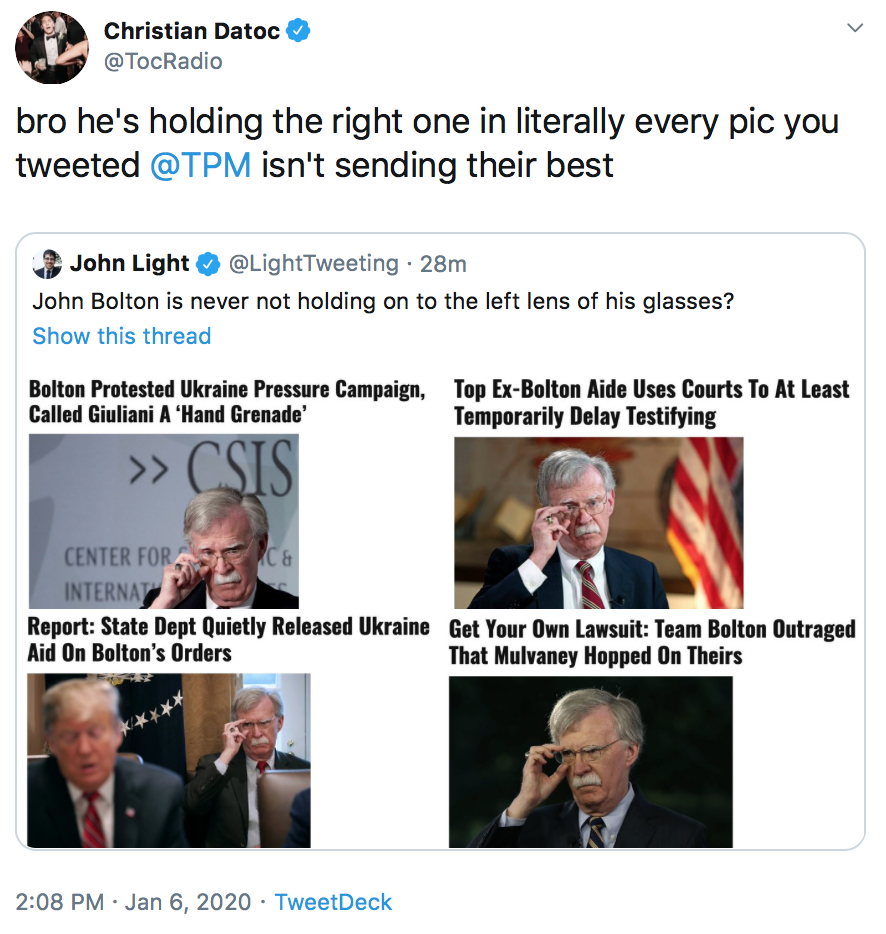