Tyler Cowen, a professor of economics at George Mason University, has carved out a significant identity for himself as the libertarian-oriented proprietor of the blog “Marginal Revolution.”

However, Cowen’s good standing among libertarian true believers will likely be undercut by a Jan. 1 post, “What libertarianism has become and will become — State Capacity Libertarianism.” That is, according to Cowen, some government — actually, a lot of government — is needed. (RELATED: Economist Tyler Cowen pepper-sprayed by lunatic performing ‘citizens arrest’)

As Cowen wrote, “Having tracked the libertarian “movement” for much of my life, I believe it is now pretty much hollowed out.” He continued,

One branch split off into Ron Paul-ism and less savory alt right directions, and another, more establishment branch remains out there in force but not really commanding new adherents. For one thing, it doesn’t seem that old-style libertarianism can solve or even very well address a number of major problems.

Yes, that is the problem — libertarianism doesn’t solve major problems. Cowen mentioned “climate change” as a conundrum that libertarianism can’t solve, but we can point to a far more immediate challenge: Libertarian societies can’t defend themselves. 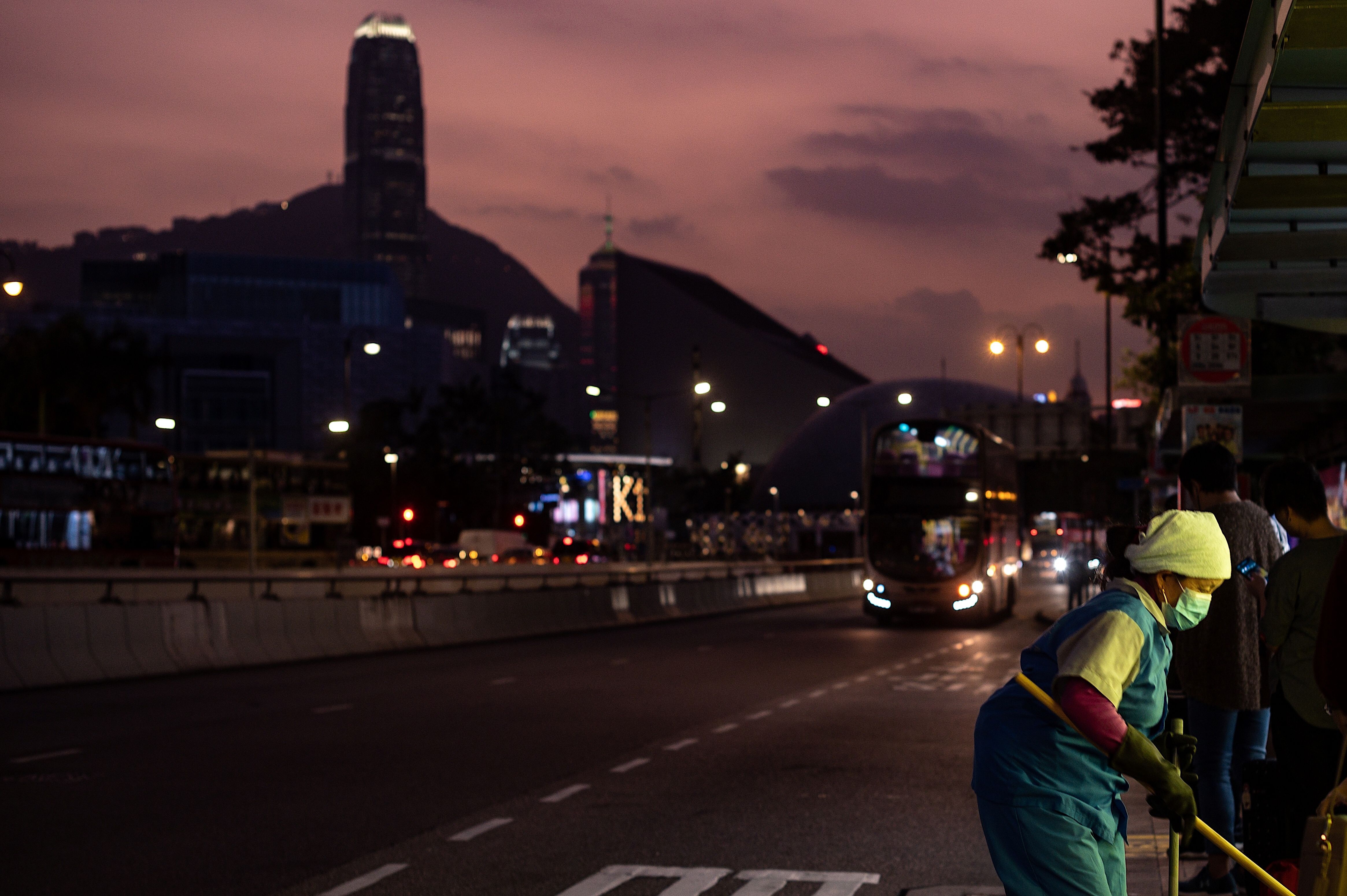 A case in point is Hong Kong. The territory, once a British colony, has been hailed for decades as a libertarian paradise of prosperity; and yet all along, its freedom and riches were a function of the willingness of other countries to defend it — Britain, backstopped by the United States. In other words, Hong Kong, with its low taxes and laissez-everything, was nothing more than a free rider. It’s easy to let the good times roll when someone else is guarding the gate.

Yet in 1997, Britain formally handed the territory over to the People’s Republic of China, which in return offered vague and unenforceable promises of semi-autonomy within the overall Chinese panda hug.

In fact, over the years, Beijing’s dominion over Hong Kong has grown more domineering, and, in reaction, protests have erupted in 2014 and again in 2019-20.

No one should doubt, of course, that Beijing has every intention of bringing Hong Kong into line with the rest of China. And if that means oppressing Hong Kongers in the same manner as the Christians, the Tibetans, the Uyghurs, or the Falun Gong; that’s no problem for the Communist Party of China — tough and totalitarian tactics fit right into its playbook. (RELATED: Hong Kong Protesters Gather On Thanksgiving After Trump Signs Pro-Democracy Legislation)

OK, maybe even now, Hong Kong is a Milton Friedman wonderland, enjoying low capital gains taxes and zero tariffs. And yet in terms of political and cultural freedom, Hong Kong is a downbound train, headed to the condition of the rest of China. So yes, Hong Kong might a good place to own a sweatshop, or to stash cash — or to run an organ-harvesting operation — but it will not be a place of human flourishing.

So if Hong Kong is the libertarian ideal, that tells us something about the political worldview of libertarians. It’s fine to be in favor of free enterprise, but other kinds of freedom also matter. And human experience — as distinct from Ayn Rand-type ideology — tells us that defending freedom takes iron, even blood.

Israel, for example, has roughly the population of Hong Kong, and yet it operates a world-class military, including nuclear weapons — and that’s why nobody messes with the Jewish state. And while Israel is prosperous and democratic, it ranks a mere 27th on the Heritage list and 46th on Cato’s. But no rational Israeli would trade their style of freedom for Hong Kong’s “freedom.” 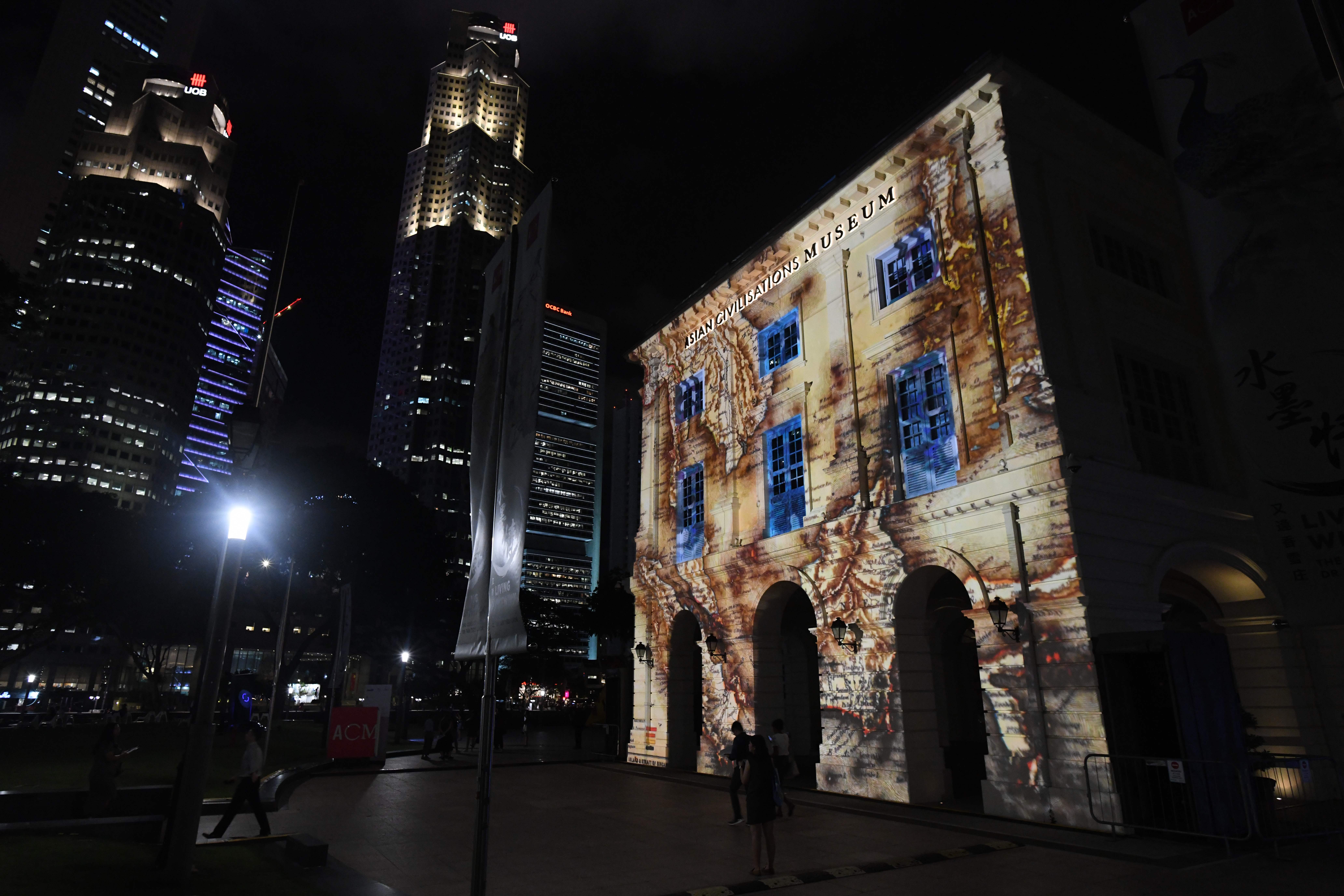 A visual art titled ‘Knots of Knowing’ is projected on the facade of the Asian Civilisation Museum during a media preview for the Light to Night festival in Singapore on Jan. 7, 2020. (Photo by ROSLAN RAHMAN/AFP via Getty Images)

So now, back to Tyler Cowen and his “State Capacity Libertarianism.” He endorses the pubic provision of many social services; indeed, Cowen reminds one of libertarian icon Friedrich Hayek, who, back in “The Road to Serfdom” (1944), declared that “some minimum of food, shelter and clothing, sufficient to preserve health” could be administered “without endangering general freedom.” Indeed, Hayek even endorsed “a comprehensive system of social insurance.” In other words, while Hayek was a true friend of freedom, he also understood that freedom was unsustainable if, in the meantime, people were starving. That’s simply a common-sense judgment about the way the world works.

Interestingly enough, Cowen also mentions “space programs” as another desideratum of State Capacity Libertarians. Space exploration is a great goal for humanity, and in particular, many libertarians have gravitated toward the idea of some sort Elon Musk-type utopia on Mars or elsewhere in the great above.

Yet in the meantime, even the most ardent space-libertarians end up relying on Uncle Sam to finance their rocket dreams; Musk’s SpaceX, for example, is closely intertwined with the statists at NASA. And then there’s the looming issue of how to defend any asset in space from the depredations of China or some other galactic malefactor — and so it’s a safe bet that space-libertarians will be relying on the taxpayer-funded U.S. Space Force for a long time to come. (RELATED: Trump Officially Launches Space Force, But There’s A Catch)

It’s fun to be a libertarian in theory. However, in practice, it’s necessary to support state capacity. And if Cowen wants to hang another word on that concept and call it “State Capacity Libertarianism,” well, such semantic nuancing is fine.

This is, after all, a free country — for as long as we can defend it.