Actress Rose McGowan joined protestors outside of the courthouse Monday as disgraced director Harvey Weinstein arrived for his rape trial.

McGowan and six other accusers made remarks before Weinstein’s trial began, according to a report published by Page Six. 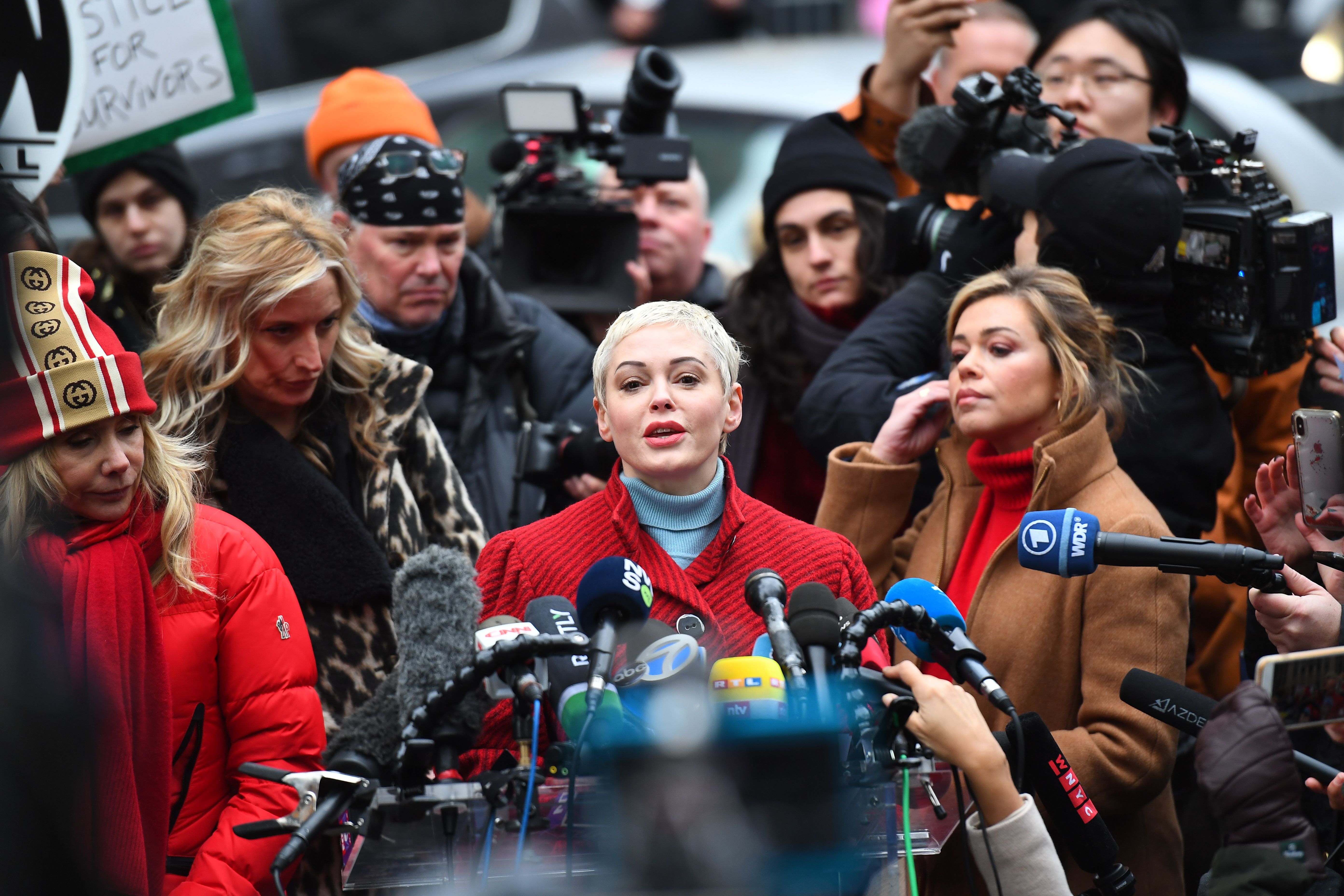 Actress Rose McGowan speaks during a press conference, after Harvey Weinstein arrived at State Supreme Court in Manhattan January 6, 2020 on the first day of his criminal trial on charges of rape and sexual assault in New York City. – Harvey Weinstein’s high-profile sex crimes trial opens on Monday, more than two years after a slew of allegations against the once-mighty Hollywood producer triggered the #MeToo movement that led to the downfall of dozens of powerful men. The disgraced movie mogul faces life in prison if convicted in a New York state court of predatory sexual assault charges, in a trial expected to last six weeks. (Photo by JOHANNES EISELE/AFP via Getty Images)

“Dear Harvey, no matter what lies you tell yourself — you did this,” she said.

“You brought this upon yourself by hurting so many,” McGowan said. “You have only yourself to blame. I came here today to see this through.”

McGowan accused Weinstein of forcibly performing oral sex on her in a hotel room when she was 23 years old, according to the BBC. The actress and the director later reached a $100,000 settlement and McGowan turned down a $1M NDA that would have kept her from talking about the incident. (RELATED: Judge Reportedly Scolds Harvey Weinstein Mid-Trial For Cellphone Use)

“You thought you could terrorize me and others into silence,” McGowan added. “You were wrong. We rose from your ashes. We rise together.”

“Today is a day for us to honor how far we’ve come and how much we’ve endured to get here,” she said.

McGowan also called Weinstein’s interview with the NYPost last month, where he claimed he did so much for women in the industry, “disgusting” and “despicable.”

“For every woman he put on the screen, he took out about 100 behind the scenes,” she said.

Weinstein faces life in prison after being charged with two counts of predatory sexual assault, one count of criminal sexual acts, and two counts of rape. He was indicted on two more separate sex crime charges Monday in Los Angeles.