The poll released Wednesday found that 47% of voters approve of the president’s drone strike while 40% disapprove, and 14% have no opinion. (RELATED: ‘She Should Send Them Over’: Senate Democrats Want Pelosi To End Stalemate Over Impeachment Articles) 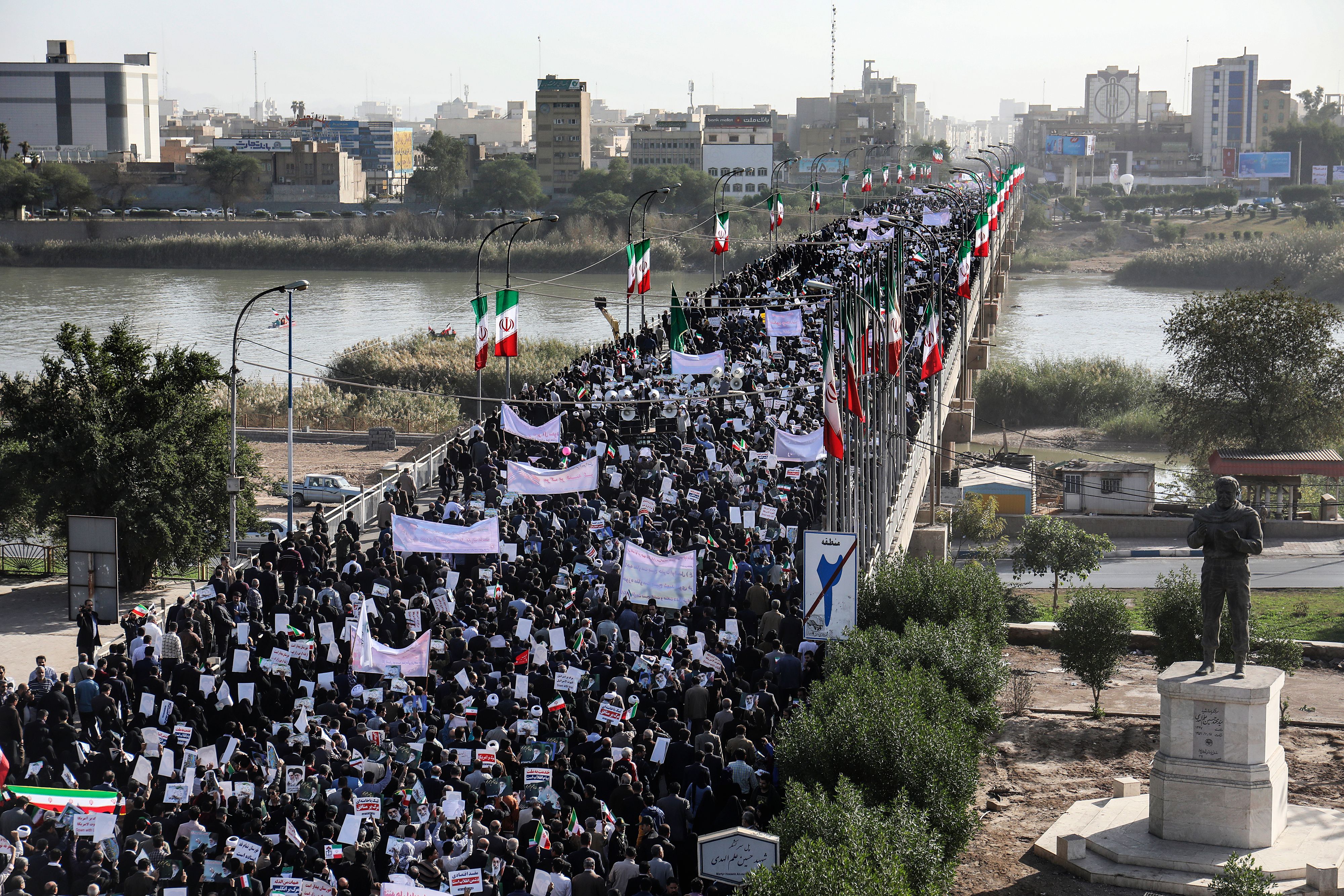 Pro-government demonstrators march in Iran’s southwestern city of Ahvaz on January 3, 2018, as tens of thousands gathered across Iran in a massive show of strength for the Islamic rulers after days of deadly unrest. / AFP PHOTO / TASNIM NEWS / MORTEZA JABERIAN (Photo credit should read MORTEZA JABERIAN/AFP via Getty Images)

“Our polling suggests President Trump’s standing with voters is at best unchanged amid fallout from the Soleimani killing,” said Morning Consult Vice President Tyler Sinclair, according to Politico. “This week, 56% of voters disapprove and 41% approve of the president’s job performance, compared with 52% who disapproved and 44% who approved two weeks ago.”

When broken down by party demographic, the poll found that 85% of Republicans approved of Trump’s decision, while 70% of Democrats disapproved. 40% of Independents supported the strike.

Trump currently maintains a 44.8% approval rating average, according to RealClearPolitics.