The 86-year-old justice and four-time cancer survivor told CNN that she is “cancer free” during a Tuesday interview in her chambers, which the outlet published Wednesday afternoon.

The justice has appeared in reasonably good form during oral arguments before the high court. She generally asks the first question of advocates and otherwise seems fully astute, even as she gives the physical appearance of frailty. Ginsburg kept a fairly aggressive schedule of public events prior to the opening of the court’s 2019 term and spoke to friendly audiences in Washington, D.C.; Buffalo, New York; and the University of Arkansas.

She has also hired clerks for the court’s 2020 term, which may be a sign that a willful departure is not in the offing.

For Ginsburg and her admirers, Wednesday’s announcement is most welcome as compared to news one year earlier. In January 2019, Ginsburg was recovering from surgery that removed cancerous nodules from her lungs. The procedure, called a pulmonary lobectomy, was conducted at the Memorial Sloan Kettering Cancer Center in New York in December 2018.

Though the surgery was a success, the justice missed the high court’s January sitting. The abrupt announcement and protracted absence that followed prompted the White House and its allies in the conservative legal movement to prepare for another Supreme Court vacancy. (RELATED: Trump Administration Press Supreme Court To Protect Louisiana Abortion Regulations) 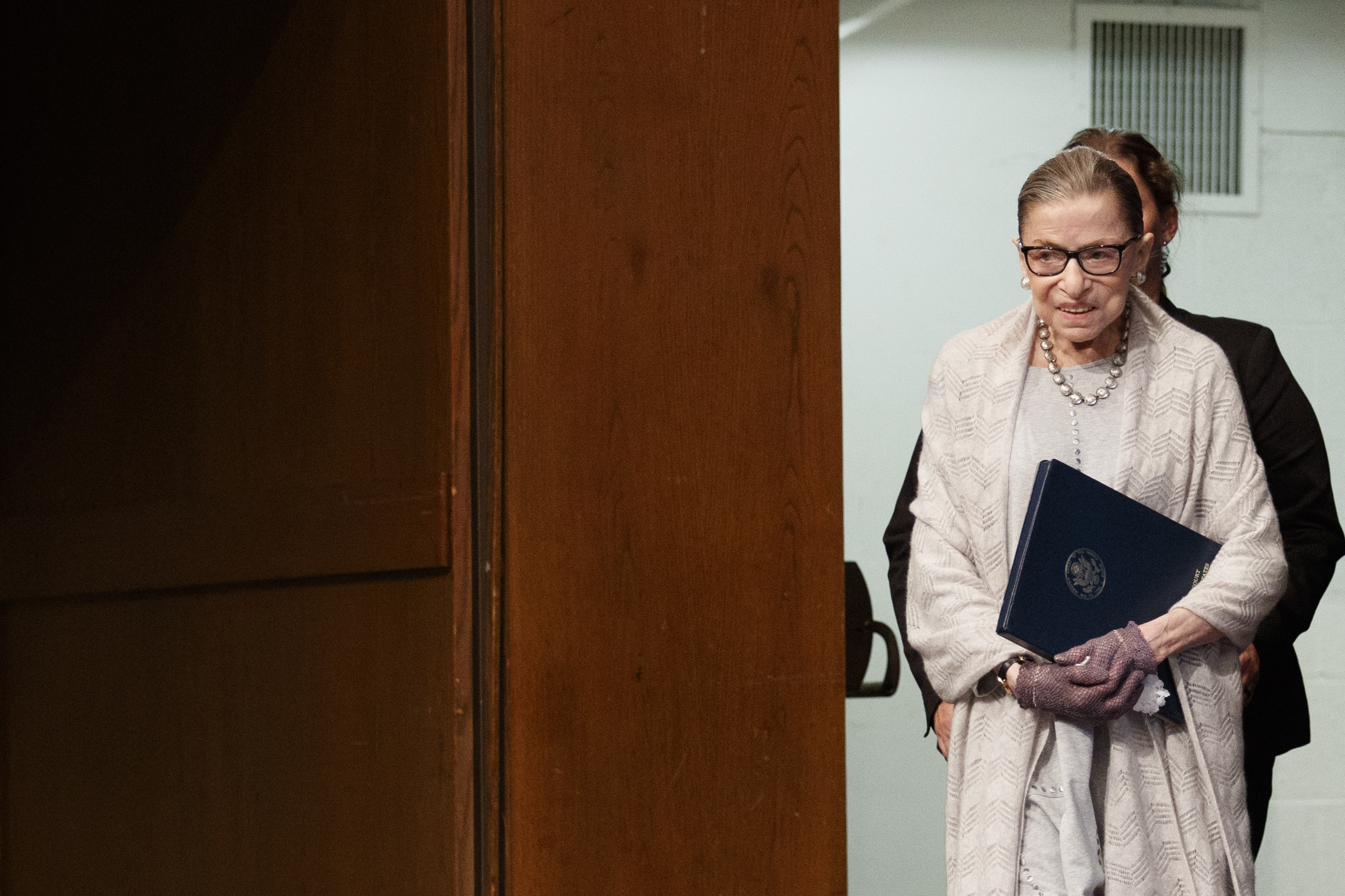 Ginsburg returned to Sloan Kettering months later for a three-week outpatient course of radiation therapy for pancreatic cancer. She completed that regiment in August 2019 and was again pronounced in good health. Those two diagnoses follow earlier bouts with pancreatic cancer and colon cancer.

Recent years have also seen hospitalizations for fractured ribs, fever, and chills. Nonetheless, Ginsburg has resisted calls to step down and said she will serve on the court for as long as she feels able.

Arguments at the Supreme Court will resume Monday following a four-week hiatus for the holidays.