Washington Democratic Rep. Adam Smith, the chairman of the Armed Services Committee, has retracted comments made Thursday morning that House Speaker Nancy Pelosi should deliver the articles of impeachment to the Senate.

After a CNN interview, Smith tweeted that he “misspoke this morning. I do believe we should do everything we can to force the Senate to have a fair trial. If the Speaker believes that holding on to the articles for a longer time will help force a fair trial in the Senate, then I wholeheartedly support that decision.”

I misspoke this morning, I do believe we should do everything we can to force the Senate to have a fair trial. If the Speaker believes that holding on to the articles for a longer time will help force a fair trial in the Senate, then I wholeheartedly support that decision.

But just hours earlier, when asked by the host of CNN’s “New Day” whether it was time to move on, Smith said it was.

“I think it is,” said Smith. “I mean, I understand what the speaker was trying to do, basically trying to use the leverage of that to work with Democratic and Republican senators, to try to get a reasonable trial, a trial that would show evidence, bring out witnesses.”

“But at the end of the day just like we control it in the House, Mitch McConnell controls it in the Senate,” he continued. “I think it was perfectly advisable for them to leverage that, get a better deal. At this point it doesn’t look like that’s going to happen. And yes, I think it is time to send the impeachment to the Senate and let Mitch McConnell be responsible for the fairness of the trial. He ultimately is.” (RELATED: Mitch McConnell Has The Votes To Move Forward On Impeachment Trial)

Pelosi is receiving some pushback from her colleagues in the Senate, with more Democrats in that legislative body telling Pelosi it is time to move on. 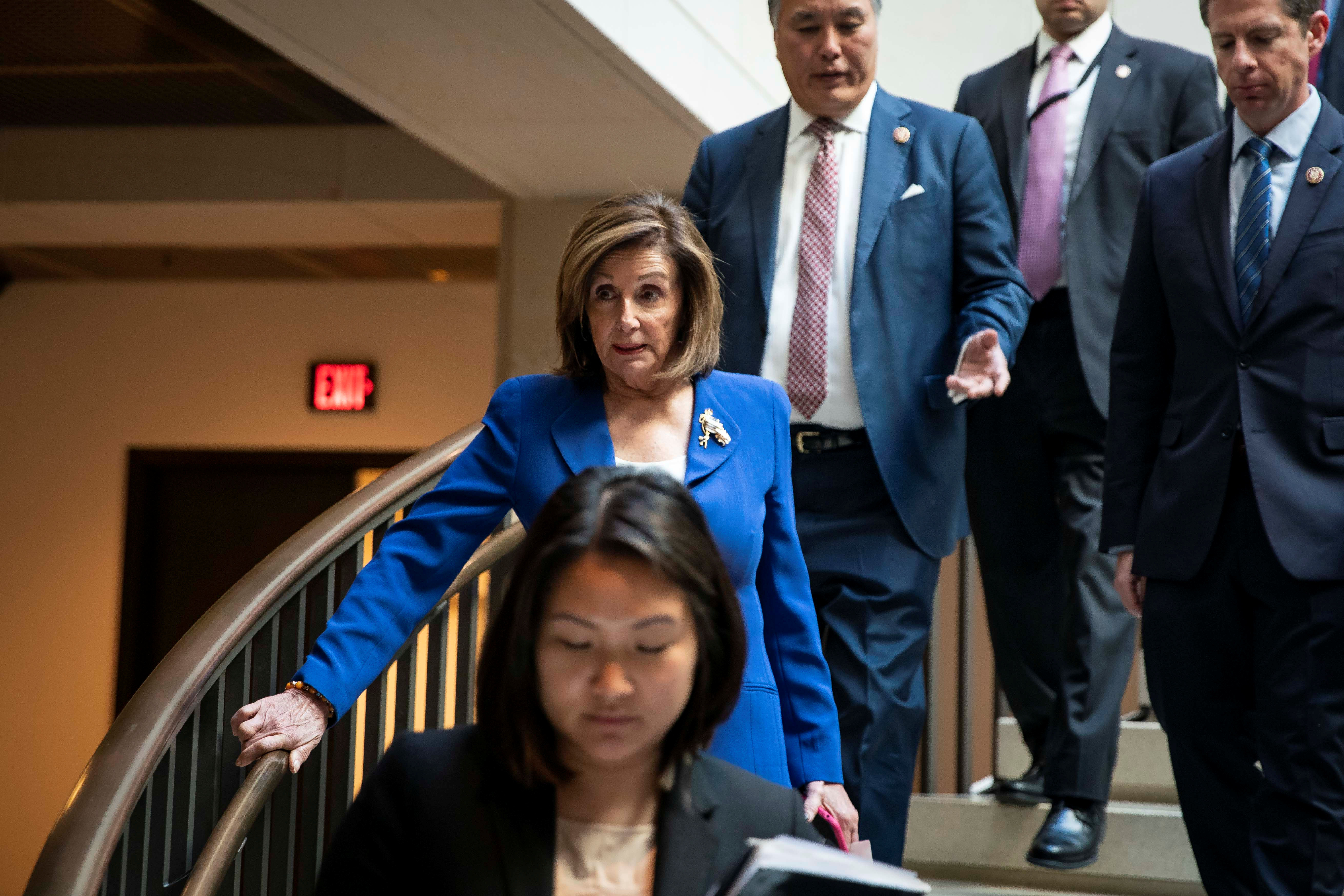 House Speaker Nancy Pelosi (D-CA) arrives for a briefing on developments with Iran after attacks by Iran on U.S. forces in Iraq, at the U.S. Capitol in Washington, U.S., Jan. 8, 2020. REUTERS/Al Drago

After successfully impeaching President Donald Trump in the House of Representatives, Pelosi almost immediately began talking about withholding the articles until she could have some influence on the Senate trial.

House Majority Whip James Clyburn suggested Pelosi never deliver the articles to the Senate if Democrats couldn’t be assured of a “fair” trial.

1
Judge On Roger Stone Case Goes After Tucker Carlson, Trump Over Comments About Juror
US
2
Here's What College Students Had To Say About Third-Trimester Abortions
Politics
3
FBI Agent Faulted In FISA Report For 'Significant' Errors Has Finally Been Identified
Politics
4
Bernie Sanders Promoted Article Saying American Dream 'More Apt To Be Realized' In Venezuela
Politics
5
Trump Snaps At Jim Acosta’s One-Liner On 'Truth' In India — 'You Ought To Be Ashamed Of Yourself'
Politics