2020 presidential candidate Sen. Elizabeth Warren appealed to young women with a plethora of life advice in a video Wednesday, saying, “Dump the guy who ghosted you.”

The Massachusetts senator discussed “everything from student debt to reproductive rights” in an exclusive video with Elle titled “I’ve Got A Plan For That.”

The video features questions that Elle readers submitted for Warren, such as, “I’ve been casually dating a guy for the past three months, but now he’s ghosting me. He won’t return my texts, but he still looks at all my Instagram Stories. What do I do?” (RELATED: Here’s How Many Abortions Planned Parenthood Performed Within A Year)

“Give him up,” Warren said in the video. “You’re too good for him. If he wants to go silent, let him go. He is not the one for you.”

“You’re better than that,” she whispered. Warren tweeted out the video with the caption, “You deserve better. Dump the guy who ghosted you, convince the roommate to let you adopt a dog, and I’ll take care of canceling your student loan debt!”

You deserve better. Dump the guy who ghosted you, convince the roommate to let you adopt a dog, and I’ll take care of canceling your student loan debt! https://t.co/YIMb9o1Y8P 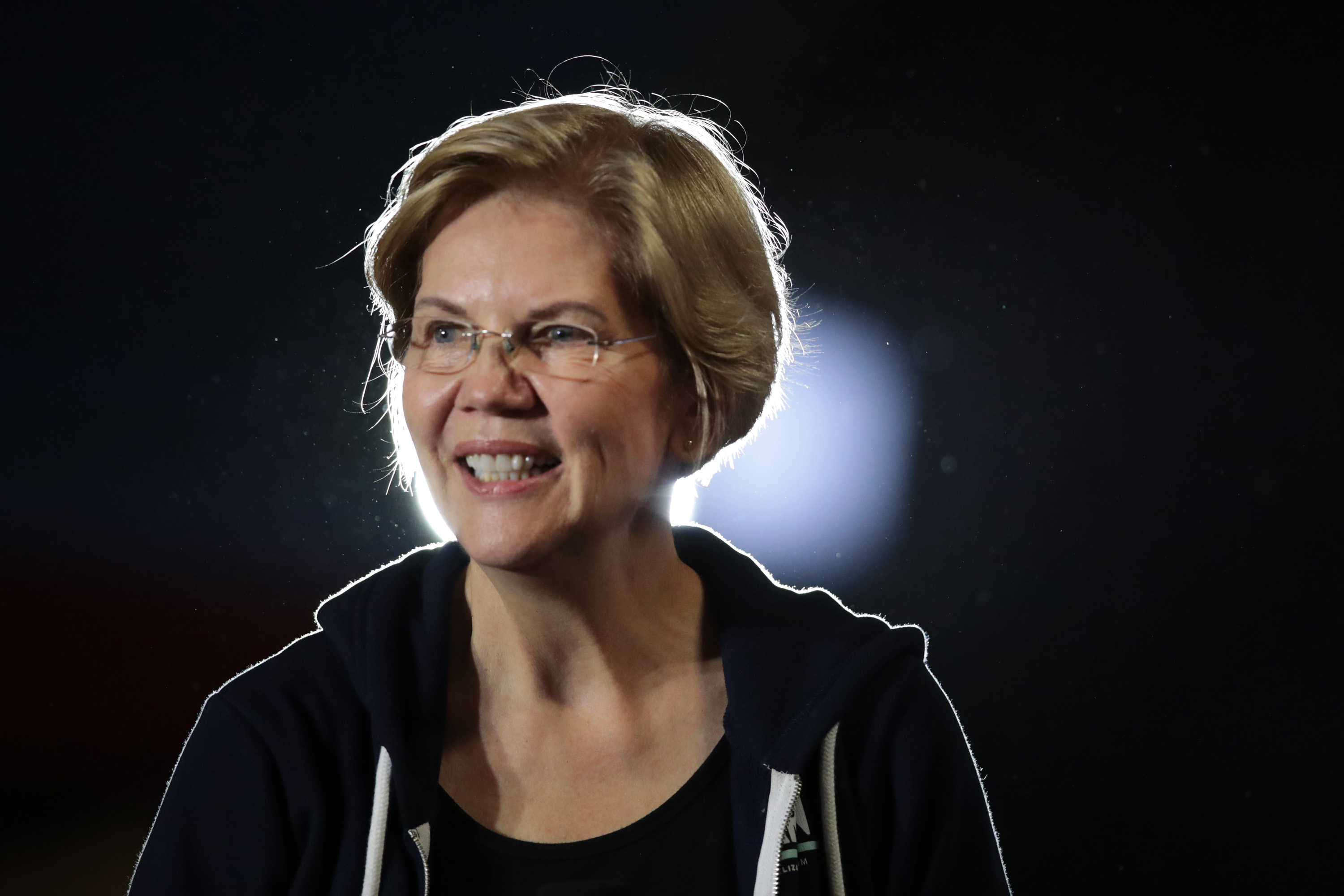 Another reader posed the question to Warren, “I really want a dog, but my roommate isn’t into the idea. How do I convince her?”

Warren suggested bringing the reluctant roommate along to the dog shelter to convince her that a dog is a good idea.

“Make it specific, and you’ll have a roommate who will be into a dog.” (RELATED: Pregnant Michelle Williams Says She ‘Wouldn’t Have Been Able To Do This Without Employing A Woman’s Right To Choose’)

The 2020 presidential candidate also discussed a question on student loan debt, promising to eradicate student debt, and suggested that to take the perfect selfie, you should “stop thinking about yourself.”

“When you go back and look at the selfies later on, what you mostly remember is what a great time you had,” Warren said. “For me, selfies are about fun. So have some fun!”