Here’s A List Of Some Of The Most Unusual Animals, Reptiles Available At A Typical Wuhan Wet Market
David Hookstead Smoke Room Editor-in-Chief
January 09, 2020 7:42 AM ET
Font Size:

Support for Clemson and LSU in the national title game is pretty much split right down the middle.

The study from betonline.ag based on geotagged Twitter data determined that 26 states in America are pulling for Clemson. (RELATED: David Hookstead Is The True King In The North When It Comes To College Football)

That means 24 states are pulling for Ed Orgeron and LSU. Check out the full map below. 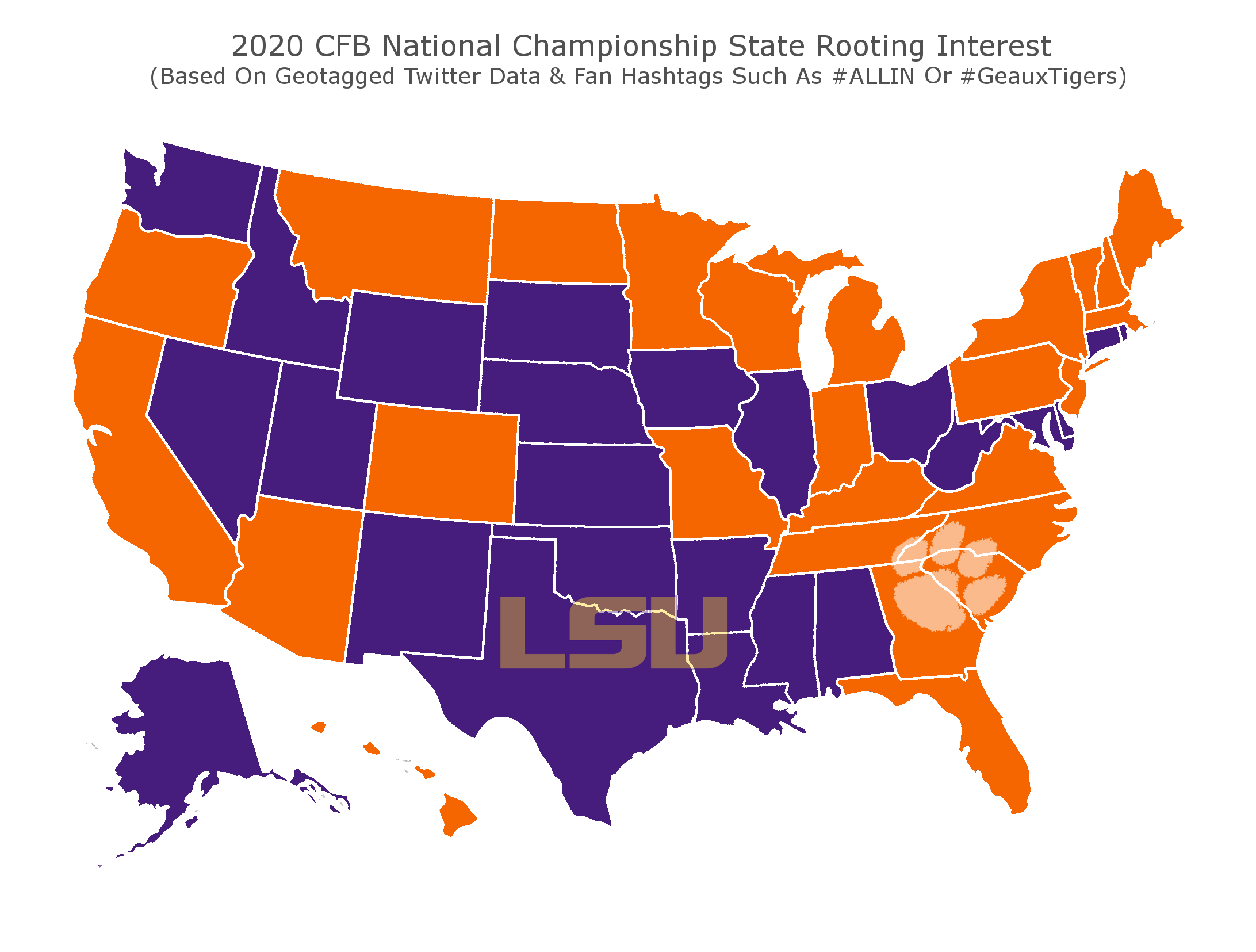 I’m not too surprised by the even support for the national title game. LSU is extremely popular with Joe Burrow and Ed Orgeron, and they’re going for their first title in awhile.

After years of getting beat down by Alabama in the SEC, they finally have a chance to be at the top of the mountain.

As for Clemson, they might be the most likable team in America that isn’t your own team. How can you cheer against Dabo Swinney and the Tigers in orange and white?

It’s just not possible. Of course people are pulling for them, and you can put me in that camp.

Sound off in the comments with who you’re pulling for, and make sure to catch the game Monday night on ESPN.