Hunter Biden, son of former Vice President Joe Biden, may be profiting from a mine with a record of human rights abuses in Africa through a Chinese company that he invested in.

Hunter Biden served on the board of and held a 10% stake in the Chinese investment firm Bohai Harvest RST (BHR), which in turn had investments in Tenke Fungurume mine in the Democratic Republic of the Congo. The mine has seen several brutal crackdowns on workers by security personnel and the Congolese military.

In 2017, BHR gained financial support from China Molybdenum, a Chinese mineral company, to purchase a 24% stake in the Tenke Fungurume mine, the largest cobalt and copper mine in the Democratic Republic of the Congo. The Congo is the world’s largest producer of cobalt ore and contains one of the world’s richest deposits of copper.

The region around the mine has over 10,000 independent, “artisanal” miners who often mine in areas reserved solely for BHR’s operations, causing the company to ask the Congolese military in June 2019 to crack down on illegal mining. The military began its eviction campaign of the allegedly illegal miners by burning down homes belonging to the miners. A 3-year-old girl and a 14-month-old boy were severely burned during the campaign. The military then began firing indiscriminately into mining camps, killing one woman and injuring nine others.

There have also been reports that the mine utilizes cheap child labor in dangerous working conditions. Several tech companies and automakers have reconsidered buying Congolese cobalt after such reports.

The Congolese military has a history of human rights abuses. The Second Congo War, fought from 1998 to 2003, caused around four million deaths, and atrocities were committed by both sides of the conflict. In 2004, members of the Congolese military were brought up on charges of war crimes after they waged a brutal campaign to eject rebels form an Australian mining concession. In 2015, the U.N. threatened to withdraw aid to a military campaign by Democratic Republic of the Congo against rebels unless the country removed two generals repeatedly accused of human rights abuses. 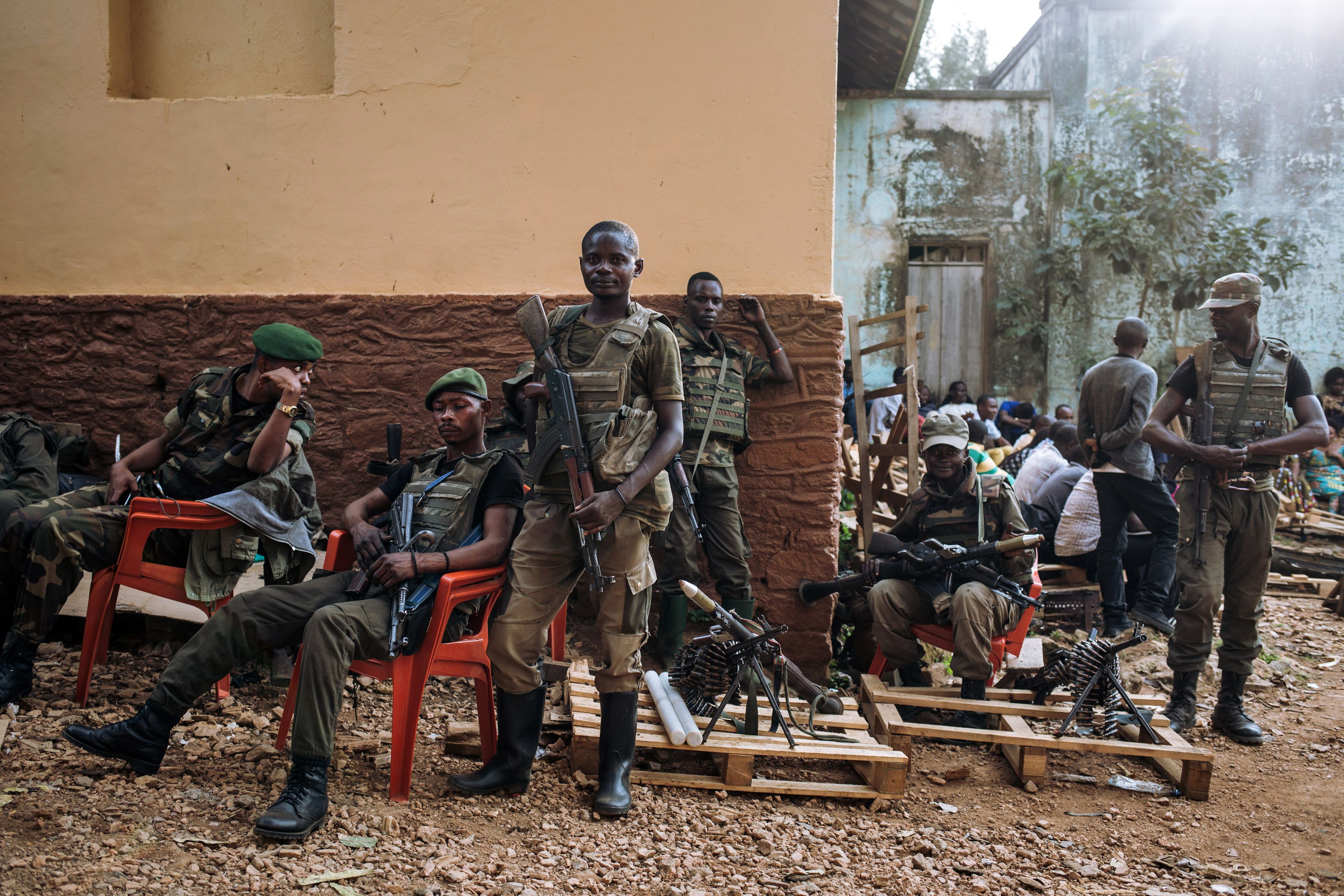 TOPSHOT – Members of The Armed Forces of the Democratic Republic of the Congo (FARDC) stand guard at the entrance to the Independent Electoral Commission (CENI) on December 21, 2018, ahead of the presidential election postponed on December 30, and a week after a fire broke in the CENI warehouse and destroyed electronic voting machines and ballot papers earmarked for the capital. (Photo by ALEXIS HUGUET / AFP) (Photo credit should read ALEXIS HUGUET/AFP via Getty Images)

BHR sold its stake in the mine in September 2019 to China Molybdenum, which netted BHR an estimated profit of $1.1 billion. Under pressure from allegations that his position at BHR constituted a conflict of interest for his father’s 2020 presidential campaign, Biden stepped down from the board of BHR in October 2019, but he still owns his 10% stake in the company.

The mine owned by the Chinese and netting Hunter Biden some healthy profits is also a part of a race for strategic minerals that could have serious national security implications for the United States.

Cobalt is considered a strategic resource by both the United States government and the government of China because of its numerous industrial and military applications. It is most commonly used as an important component in batteries found in smartphones and electric cars. It can also be used to create superalloys vital to the building of jet engines. The U.S. has no major deposits of cobalt, and China only produced 2% of the world’s cobalt in 2018, so a race has initiated to claim cobalt mines abroad to meet demand. (RELATED: China’s Latest Trade Threat Reignites Concerns Over US Mineral Dependency) 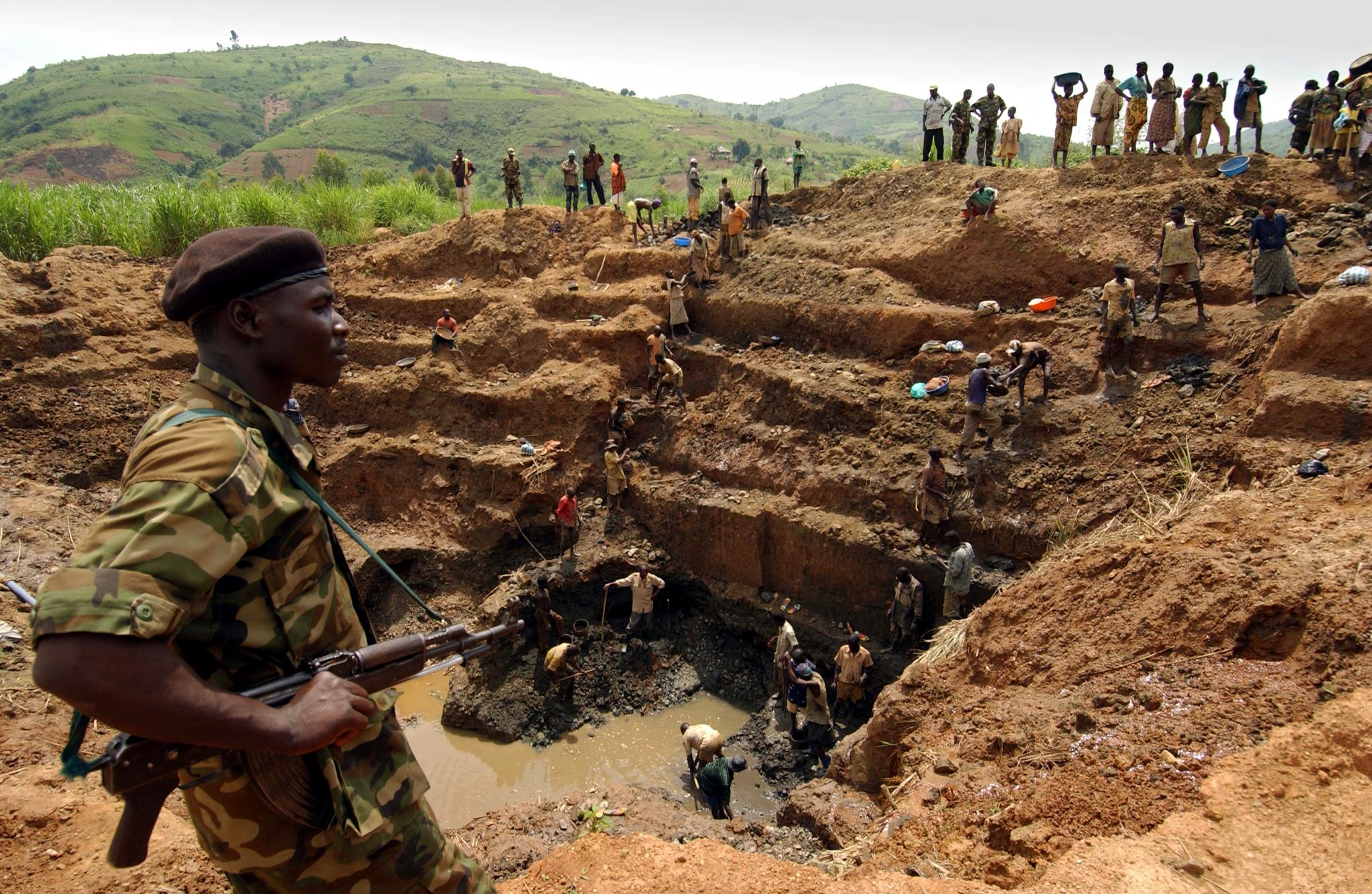 In the Democratic Republic of the Congo, China has largely won that race and now dominates the cobalt industry. The Congo produces 64% of the world’s cobalt. Eight of the 14 largest cobalt mines in the Congo, including Tenke Fungurume, are owned by Chinese companies, giving China control over half of the country’s output of cobalt. Chinese companies also produce 80% of the chemicals derived from cobalt that are used in the manufacturing of lithium-ion batteries. China can now utilize its cobalt resources in Africa to dominate in the electric car industry and the production of batteries for smartphones. It also has an advantage over the United States in the military applications of cobalt.

Biden’s involvement with BHR has also come under scrutiny. Between 2014 and 2015, Hunter Biden received $700,000 in compensation for undisclosed reasons from Rosemont Seneca Bohai (RSB), which obtained a 20% stake in BHR during that same timeframe. Hunter joined the board of BHR in 2013 and obtained his 10% stake in 2017. In December 2013, Hunter Biden accompanied his father on a trip to China aboard Air Force Two and arranged a meeting between the CEO of BHR and the vice president. Trump accused Hunter Biden of arranging that meeting to fundraise $1.5 billion from China for BHR.

Through his stake in BHR, Hunter Biden might be profitting from a mine in the Demcoratic Republic of the Congo that has experienced brutal crackdowns on miners by security forces and the Congolese military. Biden was also on the board of directors of the company, BHR, when it obtained the largest cobalt mine in the Congo, one with major national security interests for both China and his own country.