Speaker of the House Nancy Pelosi said Friday that the House expects to send the articles of impeachment against President Donald Trump over to the Senate next week.

“I have asked Judiciary Committee Chairman Jerry Nadler to be prepared to bring to the Floor next week a resolution to appoint managers and transmit articles of impeachment to the Senate,” Pelosi wrote in a letter to Democrats.

This comes as Pelosi addressed the press Thursday for the first time in 2020, saying she would not move forward with the articles of impeachment against President Trump until she sees what the Senate trial will look like. 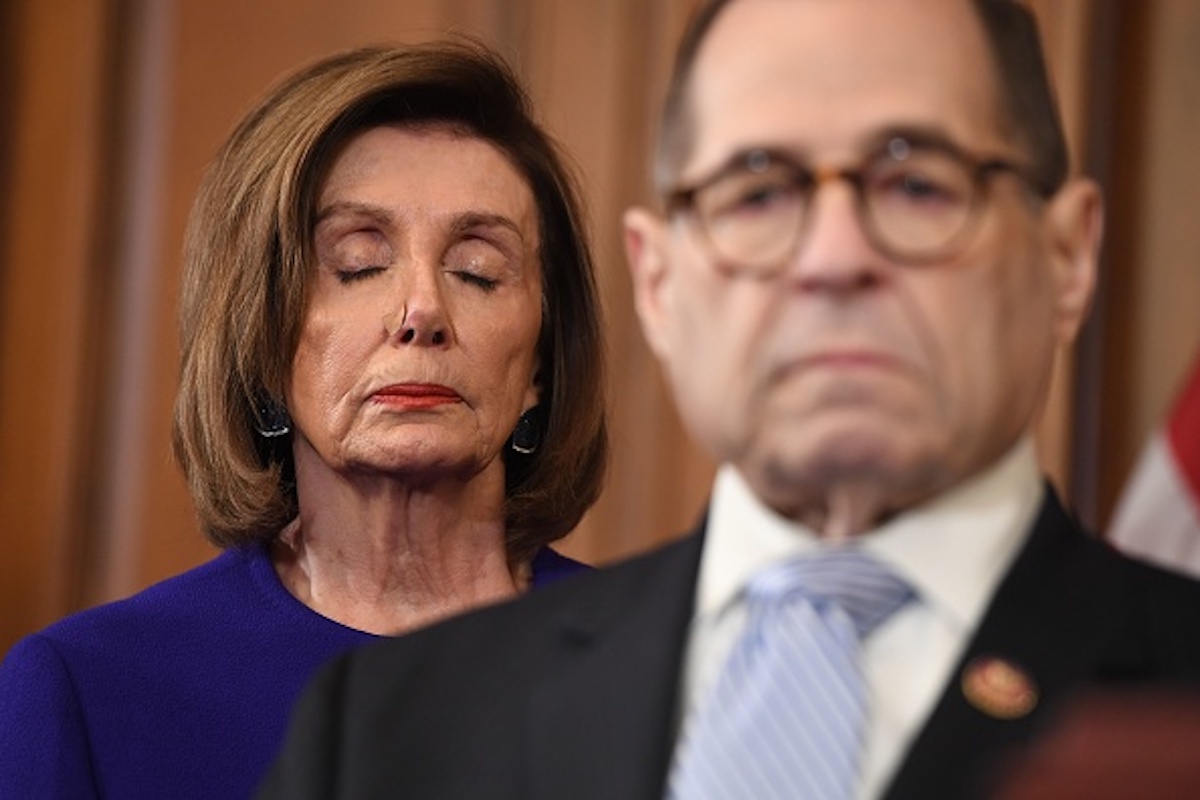 Speaker of the House Nancy Pelosi (L) and House Judiciary Chairman Jerry Nadlerlisten as Democrats announced articles of impeachment against US President Donald Trump during a press conference at the US Capitol in Washington, DC, December 10, 2019 listing abuse of power and obstruction of Congress. (Photo by SAUL LOEB/AFP via Getty Images)

“Now, in terms of impeachment, you keep asking me the same question, I keep giving you the same answer, as I said right from the start, we need to see the arena in which we’re sending our managers, is that too much to ask?” Pelosi said Thursday. (RELATED: Pelosi Continues To Delay Articles Of Impeachment)

Pelosi has continued to withhold the articles of impeachment until the Republican-led Senate agrees to hold a trial that both sides can agree on.