The Trump administration told the Supreme Court there is no reason to fast-track its consideration of two petitions seeking review of a lower court decision that struck down the Affordable Care Act’s individual mandate.

A coalition of blue states and congressional Democrats asked the high court in January to decide whether to hear their appeal as soon as possible. The Department of Justice said the lower courts should finish their work before the justices get involved.

“Petitioners’ submission, at bottom, is that the vitality of the ACA’s myriad provisions is too important to be left unresolved,” the government’s Jan. 10 filing reads. “But definitive resolution of that issue will be facilitated, not frustrated, by allowing the lower courts to complete their own consideration of the question.”

The 5th U.S. Circuit Court of Appeals struck down the individual mandate in December and said it could no longer be justified on tax grounds after the 2017 Tax Cuts and Jobs Act set the financial penalty for failing to purchase health insurance at zero. The 5th Circuit did not strike down Obamacare in full, however. Instead, it returned the case to a federal trial judge in northern Texas to determine how much of the statute can survive without the mandate. In legal parlance, that question is referred to as “severability.”

The administration warned the justices that taking on such a question before the lower courts issue a judgment would be practically difficult. What’s more, the Supreme Court usually does not analyze large factual records before a lower court has done so.

“If the Court were to grant review of the severability question at this juncture, it would have to confront the severability of statutory provisions spanning 900 pages without the benefit of any decision from the court of appeals on that question, or of a decision from the district court applying the more granular analysis that the court of appeals prescribed,” the government’s brief reads. (RELATED: First Amendment Challenge To Mandatory Membership, Bar Fees Reaches Supreme Court) 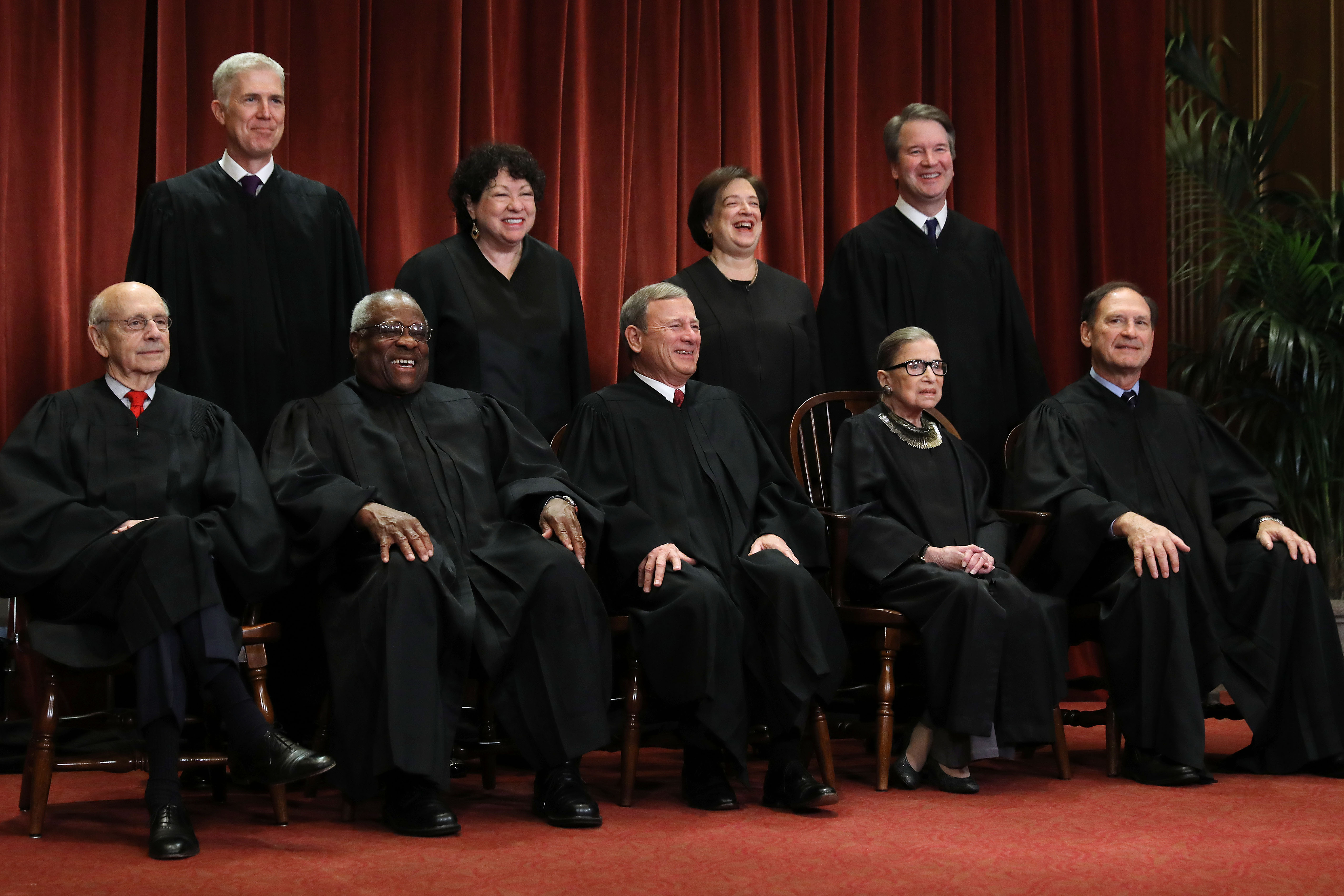 The justices of the Supreme Court are pictured on Nov. 30, 2018. (Chip Somodevilla/Getty Images)

Another round of proceedings could take years to litigate. The trial court’s severability analysis will likely take months to complete. Once that decision issues, another appeal to the 5th Circuit will follow. Democrats defending Obamacare say such prolonged uncertainty will wreak havoc for families and policymakers, making immediate resolution in the Supreme Court essential.

A second timing factor also cuts against Democrats. As a general matter, the Supreme Court finalizes its docket for a given term in mid-January. Cases granted after that deadline are usually deferred to the following term. Democrats hope the high court will decide whether to hear their appeal before that deadline passes or break with its usual practice and schedule the dispute for resolution this term if justices do not grant review before the end of January.

Despite the high-stakes and break-neck pace, there are no immediate consequences for the ACA. The lower court decisions in the case are stayed, meaning Obamacare will continue to function as normal while litigation continues.