At one juncture of the film, Thomas was asked about a colloquy with Biden over natural law philosophy and the Constitution. Though he did not cite Biden by name, Thomas lamented that lawmakers do not seem to have full command of the subject matter during judicial confirmation hearings.

“One of the things you do in hearings is you have to sit there and look attentively at people you know have no idea what they’re talking about,” Thomas said of the hearings.

“I have to be perfectly honest with you — you sit there, and you have no idea what they are talking about,” Thomas said elsewhere.

Thomas said Biden’s questions about natural law jurisprudence were little more than a ruse to draw him into a debate about abortion. The justice was famously circumspect about the subject during his confirmation hearings, at what one point claiming he had never even discussed the 1973 Roe v. Wade decision as a law student.

The Daily Caller News Foundation viewed the documentary at an advanced screening. Biden chaired the Senate Judiciary Committee when former President George H.W. Bush nominated Thomas for the high court. The Biden campaign did not respond to the DCNF’s requests for comment.

“The biggest impediment was the modern day liberal,” he added. “They were the ones who would discount all those things, because they have one issue or because they have the authority, the power to caricature you.” (RELATED: Trump Administration Tells Supreme Court Not To Fast-Track Obamacare Challenge) 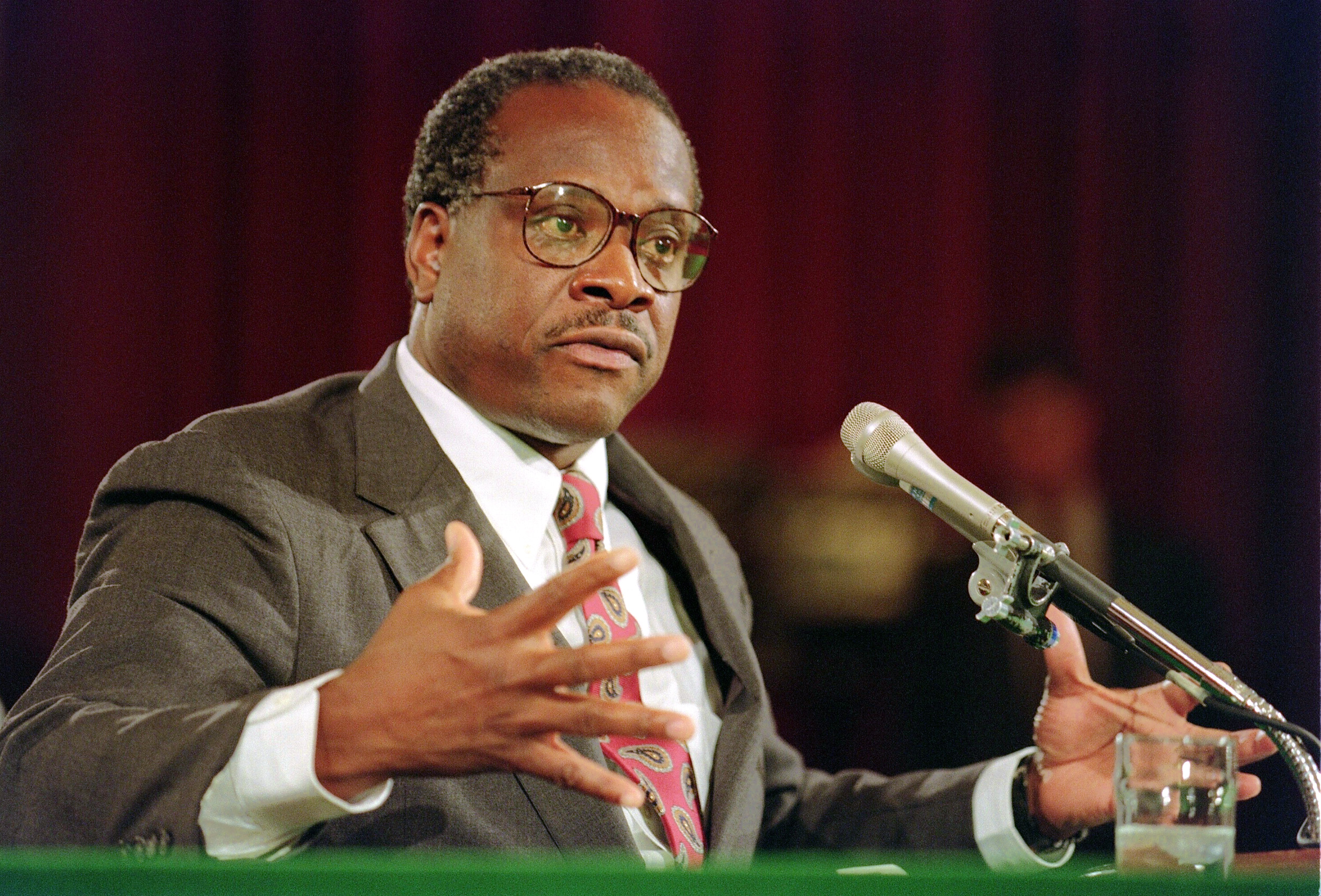 Justice Clarence Thomas is pictured during his confirmation hearing for the Supreme Court on Sept. 10, 1991. (J. David Ake/AFP/Getty Images)

Though Thomas has given Biden a poor appraisal in the past, his criticisms have renewed salience as Biden seeks the Democratic nomination for president. Anita Hill, a law professor who accused Thomas of sexual misconduct, similarly panned Biden’s leadership of the Judiciary Committee and said he did not do enough to protect her from detractors.

The former vice president’s overtures to Hill in recent years have proven unavailing. Hill said Biden did not show actual contrition over two conversations preceding the launch of his presidential campaign.

The documentary, which premiers in theaters nationwide on Jan. 31, is the result of some 30 hours of interviews with Thomas and his wife, Virginia Thomas. It tracks his ascendance to the Supreme Court, from the impoverished lowlands of coastal Georgia through his 1991 confirmation. The film also features discussion of Clarence Thomas’s most important writings as a justice, like his dissent in a 2003 affirmative action case.

“Justice Thomas’ life is a remarkable journey, the quintessential American success story,” executive producer Gina Cappo Pack said in a statement. “He began life in Gullah-speaking Pin Point, Georgia, suffered poverty and privation in Savannah, dealt with the vicious iniquities of the segregation, and yet rose to serve on the highest court in the land.”

“We offer viewers a chance to hear Thomas’ story directly from the man himself, a unique opportunity,” director Michael Pack added.