A coalition of mostly left-wing groups said Monday that the Federal Election Commission should remain in a crippled state throughout the 2020 elections.

The FEC has had only three active commissioners on its six-member board since the end of August 2019, rendering the nation’s campaign watchdog unable to meet the four-member quorum needed to take official actions to enforce the law. The three remaining members of the commission are serving on long-since expired terms.

But instead of calling for the immediate nomination and confirmation of a slate of six new FEC commissioners, as a bipartisan group of campaign finance lawyers did in a letter Jan. 6, the left-wing coalition urged President Donald Trump and Senate leaders to nominate and confirm only one or two new commissioners, which would leave the FEC with at least one vacancy throughout the 2020 elections.

“We support restoring the FEC’s quorum in advance of the 2020 election by confirming one or two appropriate Commissioners identified through the existing process,” wrote the left-wing coalition in response to the Jan. 6 letter from the campaign finance lawyers. (RELATED: Campaign Finance Lawyers Urge Trump And Congressional Leaders To Fix Deadlocked FEC)

The coalition, which includes Citizens for Ethics and Responsibility in Washington, Campaign Legal Center, Common Cause, Public Citizen and 15 other groups, called for the creation of a new nomination process for the FEC after nominating one or two new commissioners that will prevent bad actors getting a seat on the commission.

“But for the remaining vacancies, a nonpartisan blue-ribbon panel should be established to identify qualified candidates for the President’s potential nomination, and the Senate should decline to confirm any nominee who is not drawn from the panel’s recommendations,” the coalition wrote.

The coalition cautioned against confirming six new FEC commissioners in one go, saying that doing so would bring in nominees opposed to enforcing campaign finance laws on the books. (RELATED: In Less Than A Year, 3/4 Of The ‘Squad’ Is Under Financial Investigation)

Senate Democrats are also pushing back on the idea of appointing a slate of six new FEC commissioners, noting that it will take just one appointment to restore the agency’s quorum, The Washington Post reported Jan. 6.

Meanwhile, Senate Majority Leader Mitch McConnell and the White House are pushing to bring the FEC back to a fully functional state with six new commissioners, WaPo reported.

The two campaign finance lawyers, Beth Kingsley and Cleta Mitchell, who spearheaded the bipartisan letter urging for a full slate of new FEC commissioners criticized the left-wing coalition’s reluctance to bring the commission back to a fully functional state. 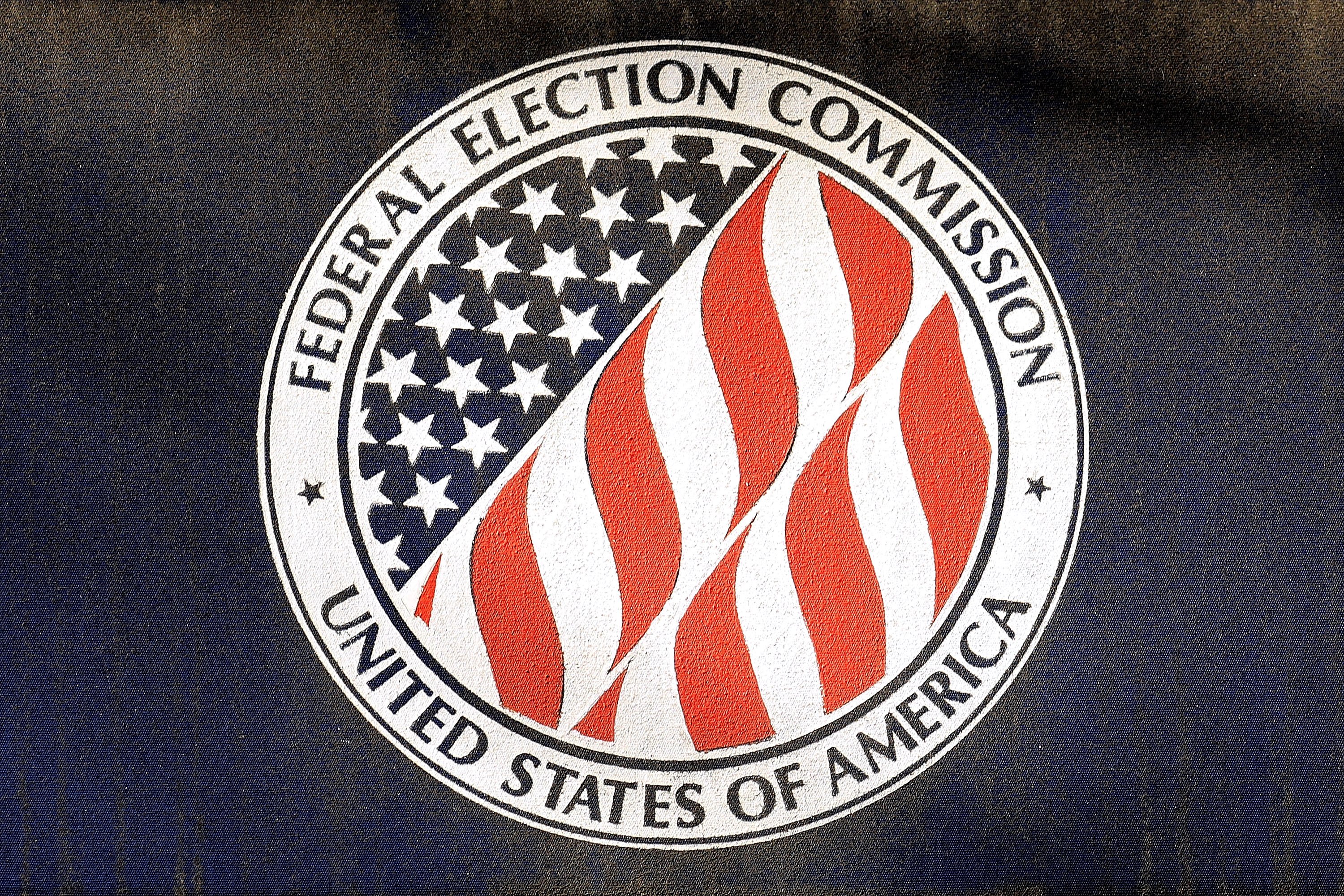 The seal of the Federal Election Commission is printed on window awnings outside its headquarters Oct. 24, 2016 in Washington, D.C. (Photo by Chip Somodevilla/Getty Images)

“Nominating enough commissioners to restore quorum would be a helpful first step, but I would rather see a full commission with members whose terms have not expired,” Kingsley told the Daily Caller News Foundation. “They need four votes to take any action — including the guidance that we want to see available — and it’s easier to get four votes out of six than to get a unanimous vote of a four-person commission.”

“The letter’s suggestion of a ‘nonpartisan blue-ribbon panel’ would be a dramatic departure from the historical process and the idea is not calculated to get us a functioning commission in time for this election, which I think is crucial,” she added.

Mitchell told the DCNF: “The White House and Senate should ignore the childish demands of these groups and restore the FEC to full membership as soon as possible”

“Their ‘plan’ reflects the utter contempt and disdain these people have for the Constitution and the rule of law,” Mitchell said. “They are responsible for creating the current morass when they started pressuring the Senate leadership more than a decade ago not to confirm well-qualified commissioners. That’s why we don’t have a quorum today.”

Government affairs lobbyist Craig Holman of Public Citizen, one of the coalition’s signatories, told the DCNF that it’s necessary to rework how the Senate and White House handle FEC nominations due to McConnell’s efforts to “neuter the FEC’s ability to enforce federal campaign finance laws.”

“2008 was the turning point, and the agency has never since recovered,” Holman added. “It will stay this way as long as McConnell gets to choose the Republican commissioners. This is why Public Citizen is calling for a new appointment process.”