“Thinking about blocking one of my most persistent reply guys but wondering if I’ll cease to exist if I don’t have his annoying attention directed at me at all times.”

Mary Katharine Ham on CNN Tuesday: “It’s like going on The Bachelor and expecting to make friends.” Ham was reacting to Warren and Sanders tussle about whether he told Warren that a woman couldn’t become president. (RELATED: Either Bernie is Sexist Or Warren Is A Liar)

Dating and Blogging: Do the two mix?

“I would be outraged if the person I am dating read my blogs honestly,” wrote Anna Merlan, senior staff writer,Vice Features.

Inorganic African Feminist: “Every time a dating app man I don’t know tells me they read my writing an angel gets its wings ripped off. I think there’s a weird way reading the writing of someone you’re getting to know overfamiliarizes prematurely.”

MOOD: “…Today has been a long week. Off to bed. I’m sure I missed a lot of nice messages and I know I wasn’t able to reply to a lot of the ones I saw so just wanted to end the day with a blanket statement of gratitude. Thanks for the kind words. Night.” — Addisu Demissie, Sen. Cory Booker’s (D-N.J.) campaign manager.

In praise of a reporter: Booker’s campaign manager approves of Atlantic scribe

Backgrounder: On Monday, Booker dropped out of the presidential race.

“Another great one on us from another reporter I’ve grown to respect a whole lot — @IsaacDover is tough, fair, a high-key great writer and way too well-sourced for my liking.” — Demissie.

“Booker and his aides kept holding out hope that moments like these would add up to some kind of magic, even as political observers outside the campaign were asking if he was the last person to realize it was over.”

“…Booker attracted more people to the basement of a small-town community center at lunchtime on a weekday than Joe Biden had drawn to an event 60 miles away the Friday before. For that matter, two is more standing ovations than candidates tend to get. When people see Booker in person, they seem to get won over. It’s a matter of puzzlement to campaign reporters that the enthusiastic response he generates at his appearances didn’t translate into better standing in the polls.”

“…Meanwhile, Booker himself immediately moves to the top of potential-running-matelists; he’s possibly the only man who would make the shortlist if one of the male candidates becomes the presidential nominee—and he’d be a natural running mate for either Elizabeth Warren or Amy Klobuchar.”

Elizabeth Warren says Bernie Sanders told her in 2018 that he doesn’t believe a woman can get elected president. Sanders denies the allegation.

“I just wrote a book laying out point by point how women are denied and demonized when they come forward with a sexual assault allegation, so watching Warren be disbelieved and blamed using the same tactics after saying man said something sexist to her is pretty surreal.” — Moira Donegan, opinion columnist, Guardian, self-described “angry feminist writer.”

“I’ve jaded my sons to an unhealthy level. I told them I was taking them to an orphanage this morning for leaving their lights on and all they did was laugh.” — Jesse Kelly, senior contributor, The Federalist.

Behind the Scenes: What really led to Abby Huntsman leaving ABC’s “The View.” Here.

Larry David doesn’t want to sign anything for you: “This is fucked up!” Here.

Author Stephen King gets a bunch of shit for his views about diversity. Here.

The New Yorker‘s David Remnick interviews Ronan Farrow. Farrow says the prosecution has advantages in the sexual assault case against Harvey Weinstein. He says the trial, for the women who consider themselves Weinstein accusers, is “nerve-shredding.” He says the women also feel some “vindication.”   Here.

Ex-FNCer Shepard Smith is trying to figure out where he goes next. CNN and MSNBC are in the running. Here. On Monday, The Daily Beast reported that MSNBC wants him. The story refers to him as a “Fox News escapee.” (RELATED: Report — Shepard Smith In Talks For MSNBC Primetime Slot)

Journo calls Meghan Markle is ‘vile’ and ‘dull as dishwater’

Raheem Kassam is a co-host for “The War Room” podcast. Eddie Scarry is a commentary writer for Washington Examiner.

EDDIE SCARRY: Not really a royal family follower but… what’s the consensus on whether Kate or Meghan is the hotter one? It’s pretty decidedly Meghan, right? It has to be.

EDDIE SCARRY: That looks like a judgement on her personality rather than her looks. If it’s her looks, You need your head checked! 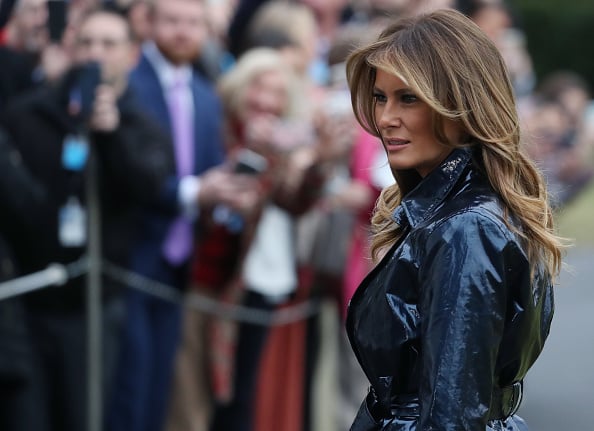 Jason Howerton, TheBlaze: “One more thing… Just take a look at ⁦‪@FLOTUS‬⁩. Look at that coat. She is without question one of the most STUNNING First Ladies ever and if she was a Dem she would have literally been on the front cover of Vogue every month for 4 years.”