Six of the seven impeachment managers selected by Speaker of the House Nancy Pelosi supported the impeachment of President Donald Trump before the whistleblower complaint was filed.

Of the seven, there are the six who publicly supported impeaching the president before the whistleblower complaint, regarding the president’s phone call with the president of Ukraine — specifically, whether Trump asked him to investigate former Vice President Joe Biden in exchange for U.S. military aid, was filed.

Crow: On July 30, before the whistleblower complaint was filed or there was any public knowledge about the president’s call with Ukraine, Crow wrote a post for Medium, saying “must complete the work started by Special Counsel Robert Mueller,” and that there should be an impeachment inquiry into Trump.

Demings: Demings said as early as April, after the Mueller Report, that she wanted to impeach Trump. “We are struggling to justify why we aren’t beginning impeachment proceedings,” she said, according to Politico.

Garcia: On her first chance to vote on impeachment, Garcia voted against tabling a resolution on impeachment. The vote took place on on July 17. The resolution was titled “Impeaching Donald John Trump, President of the United States, of high misdemeanors.”

Lofgren: Lofgren also voted against tabling Green’s impeachment resolution on July 17. Also, like Nadler, she has denounced partisan impeachment, saying in 1998 that “we are moving forward” on impeachment “on a partisan basis” and “that will do damage to our country.”

Nadler: Nadler in June, weeks before Trump’s phone call with Ukraine, was pushing to open an impeachment inquiry, according to CNN. Nadler also reportedly campaigned to become the House Judiciary Chairman by saying he would be best to lead impeachment against the president, according to The New York Times. Also in 1998, Nadler said that impeaching the President of the United States is an undoing of a National Election, despite his continued calls to impeach Trump. 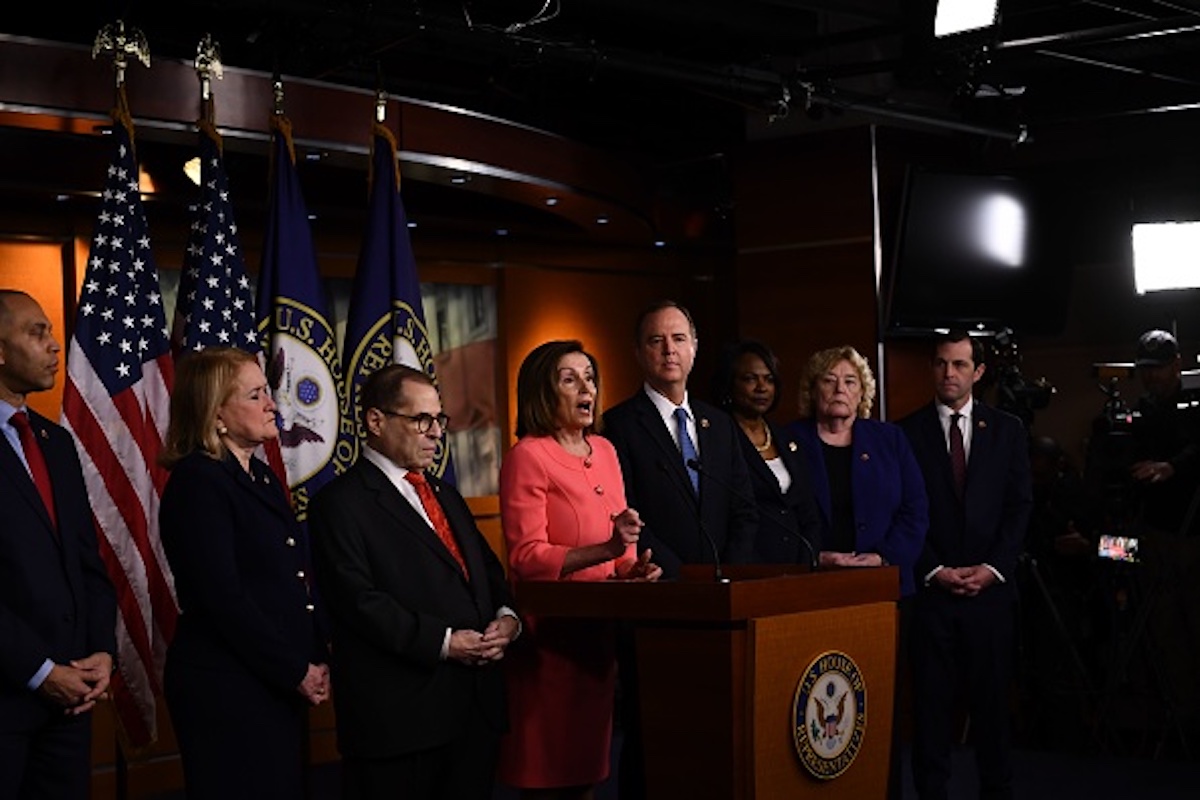 Speaker of the House Nancy Pelosi (D-CA) announces impeachment managers for the articles of impeachment against US President Donald Trump on Capitol Hill January 15, 2020, in Washington, DC. (Photo by BRENDAN SMIALOWSKI/AFP via Getty Images)

Democrats voted to impeach Trump over the ongoing scandal regarding the president’s phone call with the president of Ukraine. The House Intelligence, Foreign Affairs and Oversight committees all investigated Trump, his cabinet members, and closest allies. (RELATED: House Votes To Impeach President Trump)

The seven impeachment managers’ roles are very much like the roles of prosecutors, as the members are responsible for presenting the impeachment inquiries to the Senate, to make the case as to why Trump should be impeached with the evidence they have gathered.