The inquiry, which kicked off in recent months, appears to focus on information from documents that Dutch intelligence obtained from Russian computers and provided to the U.S. government, The NYT reported, citing people familiar with the matter.

The story refers to news articles at The NYT and Washington Post from 2017 that contained information about the intelligence.

Dutch intelligence turned over a Russian analysis of a purported email exchange from 2016 between Florida Rep. Debbie Wasserman Schultz, who was chair of the DNC, and Leonard Benardo, an official with the Open Society Foundations, a left-wing activist group, according to The NYT. (RELATED: DOJ Watchdog Says Comey Violated FBI Policy In Handling Memos)

The email showed Wasserman Schultz suggested to Benardo that then-Attorney General Loretta Lynch would ensure Hillary Clinton would not face prosecution over her private email server.

Comey has publicly cited information about Lynch as one of the reasons he circumvented the Justice Department to announce that he was not recommending prosecution of Clinton in the email case. 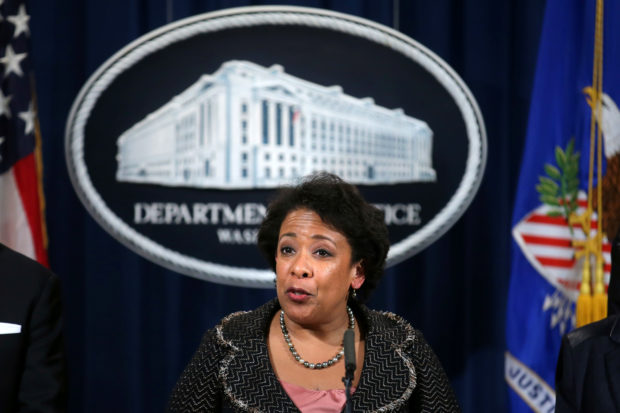 Wasserman Schultz and Benardo denied having contact, The NYT reported. Investigators said Russia might have planted the email on its servers to use as disinformation.

Prosecutors are also focusing on the role that longtime Comey confidante Daniel Richman might have played in a potential leak of the information.

The Justice Department’s inspector general faulted Comey for providing Richman with several memos of his conversations in 2017 with President Donald Trump. Comey has acknowledged that he instructed Richman to share information from one of the memos with The NYT after he was fired May 9, 2017. Comey has also said he authorized Richman to make the disclosure so that he could force the appointment of a special counsel to continue the Russia investigation.

The Justice Department declined to prosecute Comey over his handling of the memos.

Prosecutors are looking at whether Richman played a role in disseminating information about the Dutch intelligence document, according to The NYT. Richman, who has also served as a personal attorney for Comey, was quoted in an April 22, 2017, NYT article that mentioned the Dutch document.

The Justice Department did not immediately respond to a request for comment.