Referring to CNN President Jeff Zucker, the Fox News host said, “His latest client is the Democratic establishment, which has dispatched him to cruch Bernie Sanders befor he can take control of the party. So just before last night’s debate, CNN ran a story without any proof at all that Sanders once told Elizabeth Warren that a woman could not be president. Sanders denied that claim vigorously. The message was unmistakable and crystal-clear. He’s a sexist, don’t vote for him.”

Carlson said the “hit” is already backfiring, in reference to the CNN story that the network had picked up from Democratic Massachusetts Sen. Elizabeth Warren’s campaign and relied on four anonymous sources.

“Suddenly, in apartments around the Brooklyn and the Bay area, legions of Bernie supporters understood for the very first time why Donald Trump is always attacking CNN. Why? Because CNN deserves it. Thousands of them reached for the credit cards …” Carlson said in reference to Sanders enjoying a fundraising surge after Tuesday night’s Democratic debate where CNN moderator Abby Phillip quizzed Warren about Sanders’ alleged sexist remarks in such a way as to presume the story had been verified. (RELATED: CNN Airs Audio Of Tense Exchange Between Elizabeth Warren And Bernie Sanders)

“Sen. Warren, what did you think when Sen. Sanders told you that a woman could not win the election?” Phillip asked.

Warren seemingly refused to shake Sanders’ hand after the debate, and the two Democratic presidential candidates remain embroiled in the dispute. 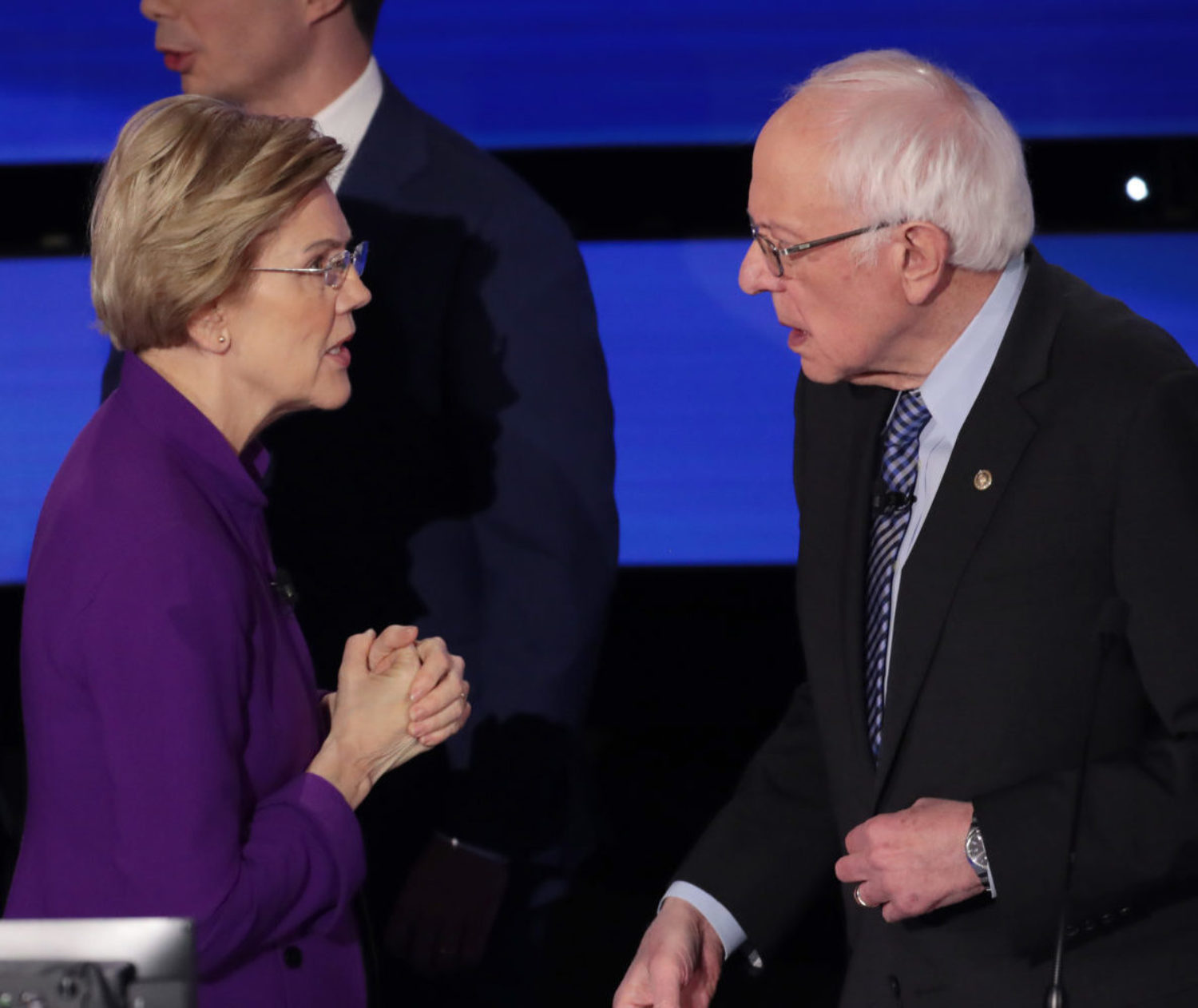 But Carlson maintained Sanders is winning the war of words.

“It turns out it’s possible to level attacks that are so stupid and so unfair that they wind up helping the person you are trying to hurt. That’s a lesson CNN has repeatedly failed to learn in the [President Donald]Trump era and they were no smarter this time.”

Describing Phillip’s question as “a banana peel” for Sanders to step on, Carson insisted “in the end it didn’t work. And by the way, it won’t work. Americans may dislike politicians but they hate the media more. If forced to choose between Bernie Sanders and CNN, most people will go with Bernie.” (RELATED: ‘Media Malpractice’: CNN Faces Backlash For One-Sided Questioning On Sanders Vs. Warren)

Carlson asked guest and former CNN employee Chris Plante, “Do you think other people are going to notice that it’s a hit on Bernie Sanders?” Plante, replied that Phillip’s question on Tuesday night used Warren to confirm her own story. “Once again we seen a lot of this last couple of years — circular reporting … It’s so appalling from start to finish. And clearly, Tucker, CNN is sticking it to Bernie.”