Democratic California Rep. Adam Schiff said Sunday that removing President Donald Trump from office remains urgent and that’s why Democrats did not force witnesses to testify during the impeachment inquiry through court orders.

“We subpoenaed many of these witnesses and because of the president’s obstruction, they ignore those lawful subpoenas,” Schiff told ABC News’ “This Week with George Stephanopoulos.” “If you argue that, well, the House needed to go through endless months or even years of litigation before bringing about an impeachment, you effectively nullify the impeachment clause.”

Schiff, the chairman of the House Intelligence Committee that was largely responsible for impeaching the president, was also named as an impeachment manager last week by House Speaker Nancy Pelosi. (RELATED: Adam Schiff: ‘Humiliated’ Iran ‘More Dangerous’ Following US Actions)

He raised the issue of enforcing subpoenas when told that Democrats have not been able to shake lose any Republican senators who might vote against party lines or are even willing to introduce witnesses to the Senate impeachment trial. Senate Majority Leader Mitch McConnell has stated that he has the votes to proceed with a trial on his own terms.

“The reality is, because what the president is threatening to do is cheat in the next election, you cannot wait months and years to be able to remove that threat from office,” Schiff said, even though for the past month Pelosi was not indicating any urgency in delivering the articles of impeachment to the Senate. McConnell has said that Pelsoi’s “one-woman blockade” of the impeachment process “produced absolutely nothing.” (RELATED: Trump Reluctant To Share Intelligence With Democrats Because of ‘Crooked, Corrupt’ Adam Schiff) 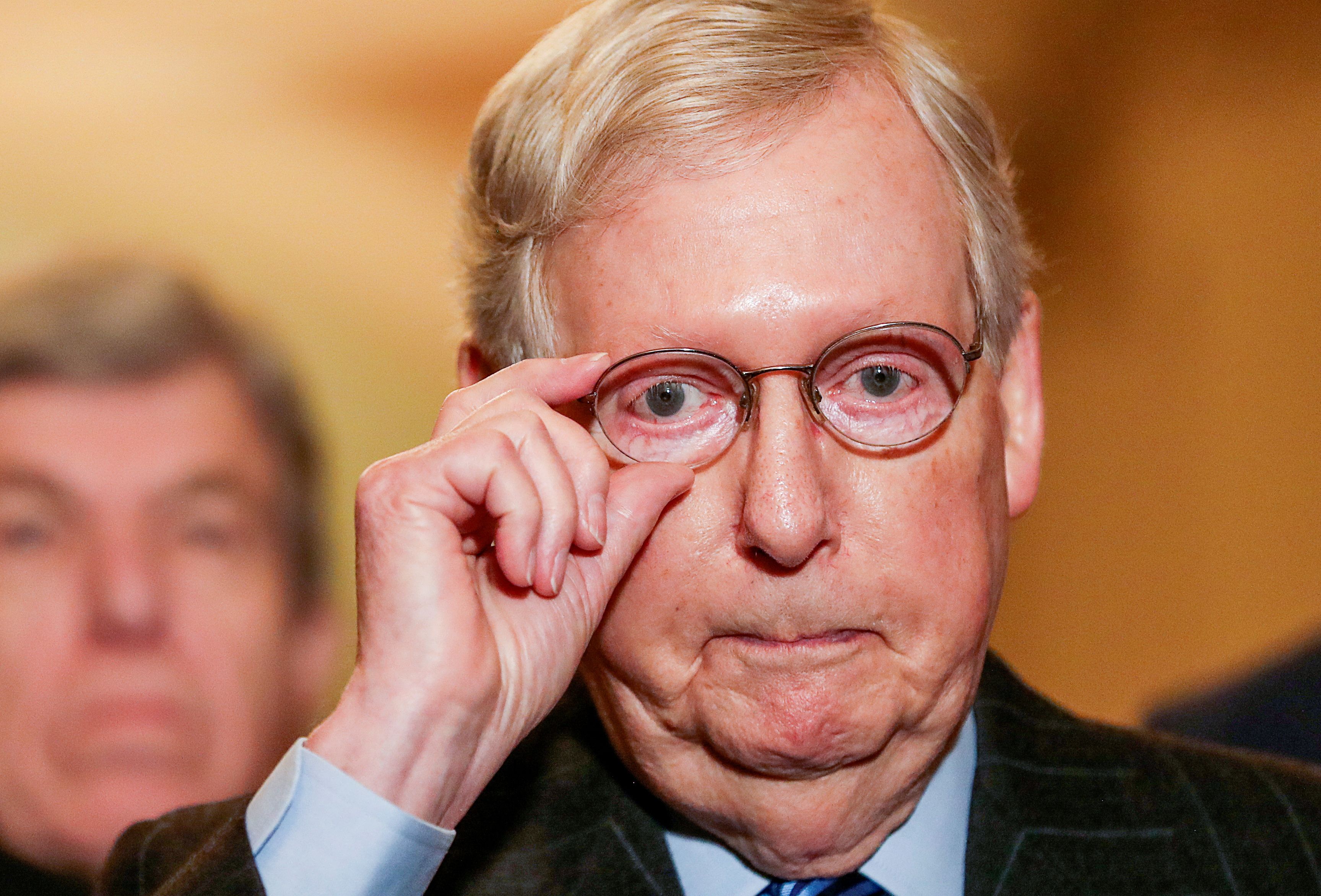 Schiff complained about not seeing McConnell’s resolution for the trial timetable and claimed no one else has “except I suppose the White House lawyers.”

Although Republican critics slammed Schiff for leading an impeachment inquiry that was unfair to the president, the congressman told “This Week” that when the impeachment trial begins on Tuesday, “We’ll be fighting for a fair trial. As I mentioned before, that is really the foundation on which this all rests. If the Senate … prevails and there are no witnesses, it will be the first impeachment trial that goes to conclusion without witnesses.”