Democratic Massachusetts Sen. Elizabeth Warren will create a Justice Department task force if elected president to investigate alleged corruption during the Trump administration, she said in a plan released Tuesday.

“Donald Trump has run the most corrupt administration in history,” Warren asserted in the plan, entitled “Restoring Integrity and Competence to Government after Trump.”

“I will direct the Justice Department to establish a task force to investigate violations by Trump administration officials of federal bribery laws, insider trading laws, and other anti-corruption and public integrity laws, and give that task force independent authority to pursue any substantiated criminal and civil violations.”

The Massachusetts Democrat also said that if Trump loses in November, he “will leave behind a government that has been infected by corruption and incompetence.” (RELATED: Elizabeth Warren Questions If Americans ‘Want Someone Who Lies To Them’)

“His vindictive actions as president suggest that he is likely to do everything he can to undermine the next president,” she added.

Warren laid out her criteria for selecting cabinet positions and political appointees in federal agencies.

She said that she will remove all political appointees, including U.S. attorneys, and also pledged to prevent Trump appointees from transitioning into career positions at their agencies through a practice known as “burrowing.” 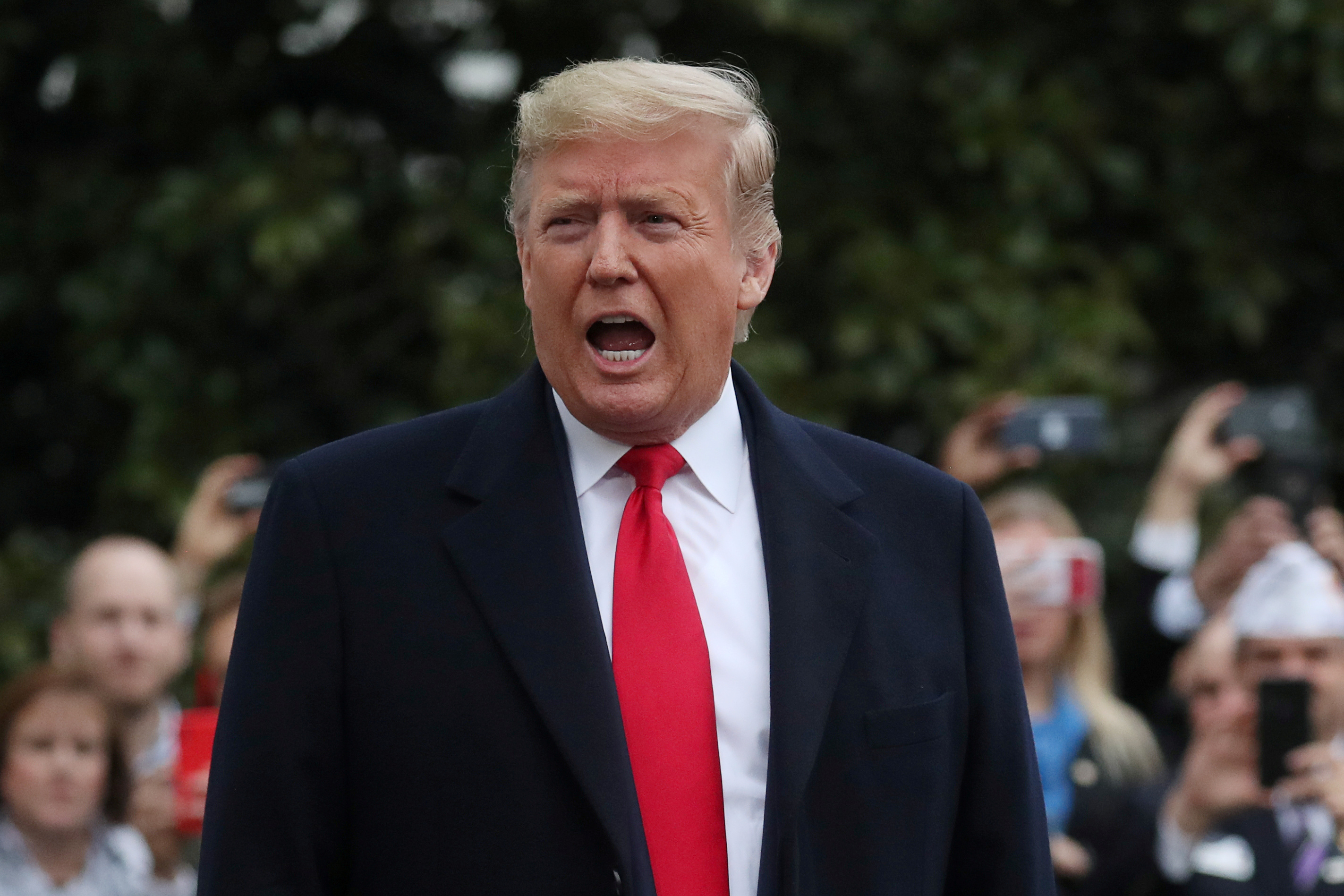 U.S. President Donald Trump talks to reporters as he departs for travel to New Orleans, Louisiana from the South Lawn of the White House in Washington, U.S., January 13, 2020. REUTERS/Leah Millis

“I will strengthen enforcement of rules around conversion from appointed positions to career civil service to root out officials who attempt to burrow into agencies,” she said.

Warren also promised that her cabinet will be “at least 50% … filled by women and non binary people.”

Her potential secretary of education will have to have worked as a public school teacher, and she will select a secretary of labor who has been a leader in the labor movement, the plan says.

Warren’s choice for secretary of homeland security, which oversees U.S. immigration policy, will have to be someone “who is committed to undoing the damage caused by the Trump administration and who believes that immigration makes our country stronger, not weaker.”