The Supreme Court seemed ready to rule Wednesday that states which subsidize private schools must also extend benefits to those run by churches or religious organizations.

Though the court seemed divided along familiar ideological contours, there appeared to be at least five votes for the proposition that a state which gives financial benefits to private schools cannot exclude parochial schools simply by virtue of their religious status. Some of the high court’s conservatives said excluding religious schools from general aid programs is much like racial discrimination.

Three parents whose children collected scholarships brought a lawsuit after a Montana court terminated the program, saying their rights to free exercise of religion and equal protection of the laws were violated.

“The only reason the court invalidated the program was because it included religious schools,” said Richard Komer of the Institute for Justice, which represents the plaintiffs.

Wednesday’s case involves a Montana school choice tax credit adopted in 2012. Under the terms of the program, taxpayers can collect a credit of up to $150 for making donations to scholarship organizations. In turn, those groups award scholarships to qualifying families, who may send their children to a school of their choosing, many of which have a religious affiliation.

Approximately 70% of private schools in Montana are religiously affiliated, according to the plaintiffs.

The initiative proved short lived. A state agency issued a rule saying families could not use those scholarship funds at religious schools. The plaintiffs in Wednesday’s case — Kendra Espinoza, Jeri Anderson and Jaime Schaefer — sued the agency in December 2015. All three women are low-income mothers with children at the Stillwater Christian School in Kalispell, Montana.

Though the plaintiffs prevailed in a trial court, the Montana Supreme Court invalidated the tax credit program in full in December 2018 on a 5-2 vote. The state court concluded that the tax credit violates a “no aid” provision of the Montana constitution, which bars public support for “any sectarian purpose” or religious institution.

The fact the tax credit was struck down in its entirety was a decisive fact for the left-leaning justices. Justice Elena Kagan said families with children in religious schools and secular schools are equally disadvantaged.

“Whether you go to a religious school or you go to a secular private school, you’re in the same boat at this point,” Kagan said.

“There is no discrimination at this point going on, is there?” she added.

Chief Justice John Roberts asked Adam Unikowsky, a lawyer for the state, whether the courts would tolerate such an outcome if the salient factor was race instead of religion. Roberts imagined a scenario in which a state legislature ended funding for public pools because studies showed a higher percentage of black Americans were using those facilities.

“How is that different than religion, which is also protected under the First Amendment?” Roberts said.

“I don’t think that race and religion are identical for all constitutional purposes,” Unikowsky replied. He said the states could terminate school choice programs for any number of non-discriminatory reasons, such as a general desire to protect religious schools from political influence. Justice Samuel Alito did not find those answers persuasive.

Justice Stephen Breyer said race is different from religion for a simple reason: The founding fathers were concerned about church meddling in government affairs, and vice versa.

“There is no establishment clause in regard to race,” Breyer said, in reference to the First Amendment.

The colloquy was illuminating because of a 2017 Supreme Court decision, Trinity Lutheran v. Comer. There a 7-2 court said Missouri was wrong to exclude a Lutheran church from a public program that financed playground resurfacing. Writing for the majority, Roberts said Missouri was discriminating against the church because of its religious status, which is unconstitutional.

In a footnote that only four justices joined, however, Roberts limited the reach of the decision, emphasizing it does not “address religious uses of funding or other forms of discrimination.” The discussion of race in Wednesday’s case seemed to show how far certain justices think the logic of Trinity Lutheran carries.

As in much of the country, Montana’s Protestant majority was suspicious of the successive waves of Catholic immigrants that came to America in the 19th century. In particular, American nativists were apprehensive about Catholic influence in education. As such, former Rep. James Blaine of Maine — who would later stand for president as the Republican nominee and hold senior positions in the government — proposed an amendment to the U.S. Constitution barring public support for “sectarian” institutions.

The so-called Blaine Amendment came within striking distance of success in Congress. It carried overwhelmingly in the House of Representatives, but fell four votes short of the required two-thirds majority in the Senate. State level efforts proved fruitful, however. Some 37 states adopted Blaine Amendments to their own constitutions, most of which have survived as of this writing.

The plaintiffs say Montana’s “no aid” clause — the basis the state Supreme Court used to end the tax credit — is one such Blaine Amendment. They rehearsed the history of anti-Catholic feeling surrounding Montana’s adoption of the law in one of their legal filings before the high court. Among other examples, the plaintiffs claim that Protestant anxiety over Montana’s burgeoning Catholic population even influenced selection of the state capital, Helena, because the city had few Catholics.

“The Court should not allow a vestige of nineteenth century anti-Catholicism to be twisted into an engine of animus against all religion,” the plaintiffs wrote. “Nor should the Court allow it to be used as a weapon to deprive children of educational opportunity.” (RELATED: Two Hundred Members Of Congress Are Urging The Supreme Court To Revisit Roe) 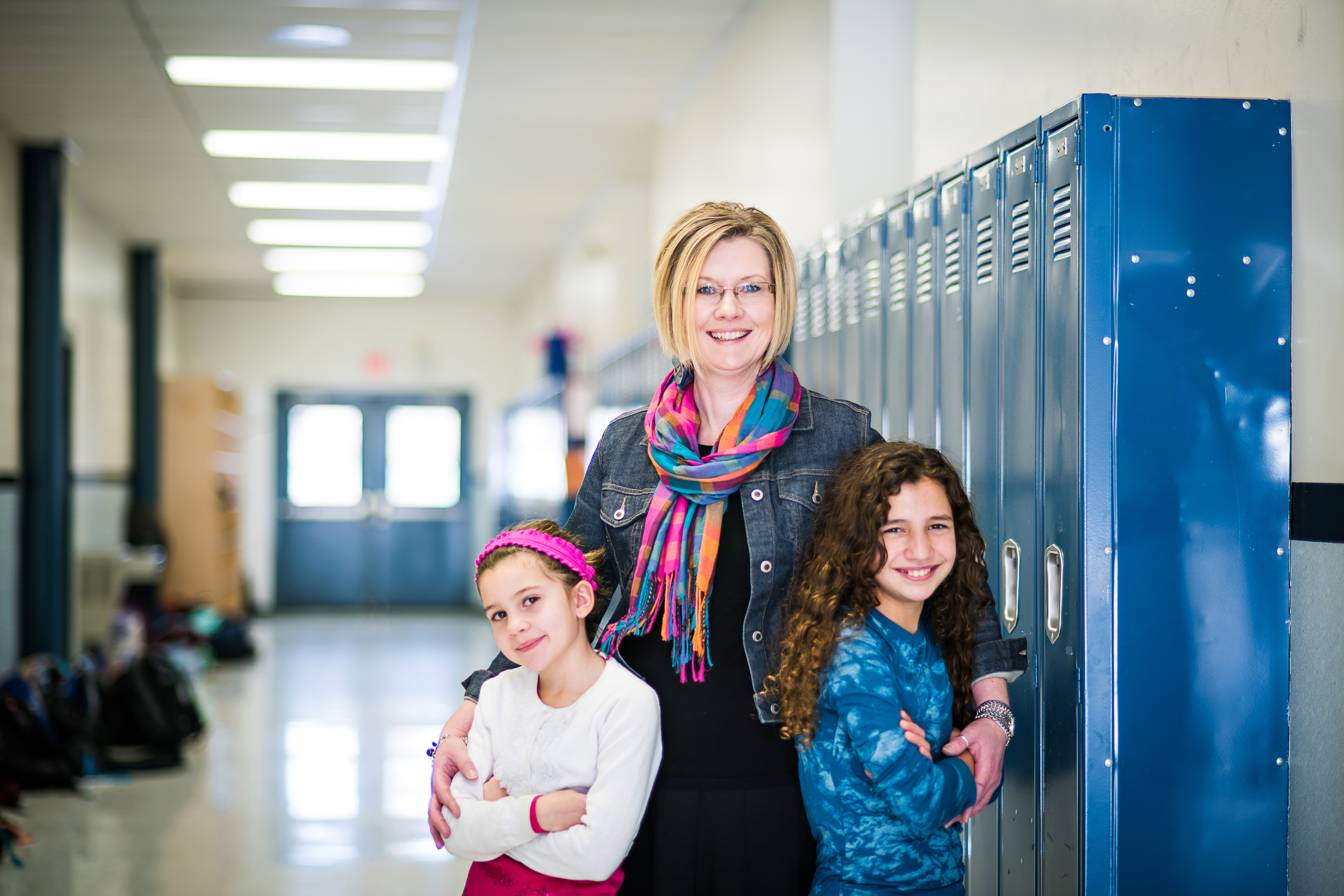 Montana acknowledges the prejudiced roots of the no-aid law. Nonetheless, it said the law can survive because its current iteration was adopted during a state constitutional convention in 1972. Speaking to the justices Wednesday, Unikowsky said delegates to the 1972 convention “conceived of the no-aid clause as a mechanism of protecting religious schools from political influence.”

“There’s a lot of leaders of religious denominations who came forward and testified in favor of the no-aid clause for that exact reason,” Unikowsky added. “And I think it’s very clear why that justification applies with complete force with respect to this program.”

Kavanaugh, who was active and forceful throughout the argument, countered that Montana could better address the Blaine-tainted history by allowing a tax-credit program that supports both secular and religious private schools.

Justice Sonia Sotomayor asked whether the plaintiffs believe the high court should strike Blaine Amendments from all state constitutions. Such an outcome would be “radical,” she warned.

At the beginning of Wednesday’s argument, Justice Ruth Bader Ginsburg suggested the parents do not have standing to bring a lawsuit.

“Under the Montana judgment, these parents are treated no differently than parents of children who are going to secular private schools, so where is the harm?” Ginsburg asked.

Roberts gave this line of argument life, raising the possibility that he would vote to dismiss the case on procedural grounds.

“The claimed injury here is to the schools, but we don’t have the schools before us in this case,” the chief justice said.

Education Secretary Betsy DeVos, a longtime advocate of vouchers and other school choice programs, was on hand for Wednesday’s proceedings.

Wednesday’s case is the first of two major disputes touching religious schools. Later this term, the justices will decide if religious schools are eligible for an exemption to workplace bias lawsuits.

A decision in the case, No. 18-1195 Espinoza v. Montana Department of Revenue, is expected by June.