“R. Downey Jr: wears blackface for Universal w/o regret bc it “sparked a necessary convo.” Univer.: yay Robert. Me: Never worn blackface but had one of those “necessary convos” re how standard seems to have changed over time.NBC-Univer: F.U.! Cancelled!”

Note to Readers: I’ve been busy working a story about a court case happening in New York federal court. A former journalism student, Ben Feibleman, is suing Columbia University after the school expelled him after finding him guilty of sexual assaulting a female classmate who is called “Jane Doe” in all court filings. His defense consisted of a 30-minute recording, 700 photographs and 13 videos from the night in question — all evidence that Columbia chose to ignore. Feibleman is now suing the university under Title IX. Some people are upset about the shocking way in which I wrote the story. “What kind of jarring crap is that?” a male reader wrote me late Thursday night. “Who writes like that?” He added, “You’re a pile of dog shit, not a journalist.” His note was vivid and included incredible English words such as “cocksucker, motherfucker” and “libtard.” He signed it: “FUCK OFF.” Hmmm… I guess he writes like that? As I told my editor after this sharp complaint rolled in, this story needed to be jarring because it is a jarring story. Shocking stories sometimes require disturbing language. Decide for yourself. But you’ve been warned: This story is raw and it may not be for you.

MOOD: “Psychologist warns that impeachment is now damaging America’s mental state –
No, really.” — Jen Harper about a story she wrote in The Washington Times.

“It’s not too much to say that Fox News viewers are occupying a different (and less fact-based) reality than the people who seek out other sources for their news.” — Chris Cillizza, CNN.

Senator gets ‘pooped’ during impeachment proceedings

“As we chased her to the subway, Lisa Murkowski waves off our questions, telling us she is ‘one pooped puppy” and that she is going to go home, take a bath, and maybe even have a glass of wine.” — Addy Baird, BuzzFeed News.

“Maybe no one who worked at Fox actually has journalism experience and doesn’t deserve a job in journalism.” — Lyz Lenz, former reporter for Columbia Journalism Review and now a columnist at The Gazette in eastern Iowa, in reaction to a story by Lloyd Grove in The Daily Beast about why some of the women who were fired from Fox News haven’t been able to get TV jobs.  “Anyway fuck Bombshell.”

“Full disclosure: if you have a hot profile picture and have interacted in any way with my tweets there’s a good chance i’ve uncovered your socials and scrolled back to the start of your insta.” — David Mack, deputy director, breaking news, BuzzFeed.

“I really would love to better understand the psychology behind why Greta Thunberg seems to drive prominent Republicans/Trumpians so nuts.” — Sam Stein, The Daily Beast.

Meghan McCain half-wishes she never talked about her miscarriage

“For me there’s so much stigma I almost regretted talking about it.” — Meghan McCain, talking to Paula Faris on ABC’s The View about her miscarriage. McCain said Faris was incredibly helpful in the aftermath of her own miscarriage in 2019.

Faris, 44, has had three miscarriages. Faris spoke about her faith podcast, Journeys of Faith, mentioning what she calls her “season of hell” that led her to the podcast. In an eight-month span of time, she was reporting on Wall Street when a stranger threw an apple so hard at her head that she got a concussion. She got the flu and pneumonia. She had a miscarriage and needed emergency surgery. She figured those were signs from God that it was time to slow down. 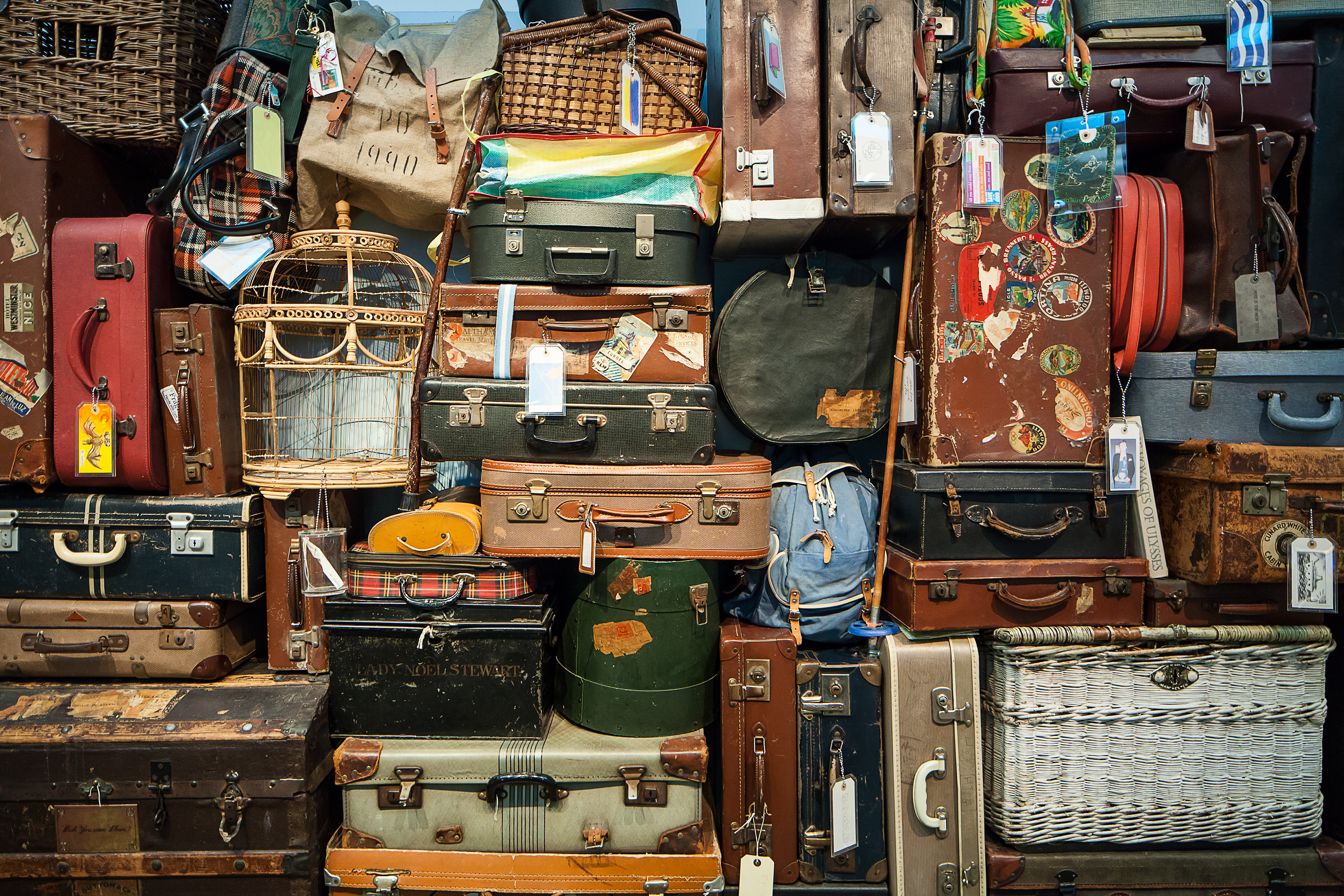 A follower snarked, “You told this story just so you could note that someone recognized you, didn’t you?”

Nichols replied, “I get recognized more often than that, but not this way, which was awesome.”

It’s not against the rules of grammar, but he seems beneath this.

“This’ll get me ratio’d or whatever but a lot of Twitter seems to want to enforce a politics where you only work or ally with people you agree almost totally with. but to get anything done in our system requires working with people you often disagree with.” — Ezra Klein, founder, editor-at-large, Vox.

Lisa Page gets bombarded by bots

“This is astounding. Bots are behind almost a third of the vile and hostile responses to my most recent tweet. Somebody cares enough about me to unleash a bot army against me. This is what bullying looks like in 2020.” — Lisa Page, a former FBI lawyer who has been trashed by President Trump for negative comments she texted about him during the 2016 campaign. Lawfare investigated the matter. Read here.

A man gets his first tattoo… at 60. And you’ve gotta read this. Here.

Montel’s spokesman shows off his brilliance

“Voting is a basic expectation of being an American citizen – that includes journalists.” — Jon Franks, a flack who believes strongly in his own Twitter expertise. He recently suggested I couldn’t pay for a nose job (assuming that I even need one).

Marianne Williamson will attend whatever event she wants to

“I am not endorsing any presidential candidate at this time; I support all the progressive candidates. I’m appearing with Andrew Yang in Fairfield because I know the institutional obstructions to his candidacy and I want to see him continue in the race past Iowa.” — Marianne Williamson, former Democratic candidate for president.

SEN. TED CRUZ, (R- Texas): “A reminder of what this is all about: any president — any administration — is justified in investigating corruption. And there was serious evidence of real corruption concerning Hunter Biden on the board of Burisma.”

Craig Mazin: “No, Ted, that’s a reminder of what a weak-willed, sniveling, dishonorable liar you are.”

S.E. Cupp has a warning for Republicans

“Elected Republicans, whatever instant gratification you’re getting for defending Trump’s corruption and abuse of power, History’s attention span and memory are a lot longer than Trump’s. Rest assured, it will remember you correctly.” — S.E. Cupp, CNN.

The Observer calls bullsh*t on Sanders and the trans community

“Everyone on the left has correctly expended so much energy over the past years condemning Trump for his association with and support from white supremacists, but when it’s [Bernie] Sanders and an anti-trans, anti-gay bigot it’s ‘he’s a part of our politics, what can we do?’ What bullshit.” — Chris Geidner, ex-legal editor, BuzzFeed. He now works for The Justice Collaborative.

“I’ve always seen this as a preserve of serious news,” — Jim Lehrer told WaPo of his time at PBS NewsHour. “It’s not magic, and it’s not saintly. We’ve been doing it for 36 years, and we’ll continue doing it. Others won’t. That’s their problem.” Lehrer died Thursday “peacefully in his sleep” at home, according to a statement from the network. He was 85.

Judy Woodruff, anchor, PBS NewsHour: “I am devastated to share news that my dear friend and cofounder of the @NEWSHOUR Jim Lehrer died today at home. Sending love to his Kate and their family.”

Robert Costa, moderator, PBS’s Washington Week: “Jim Lehrer, a friend and mentor to many, has died. What a life. What a journalist. A sad day but his legacy and example will carry on. I will miss him, particularly the love of country and politics he brought to everything he did.”

House Speaker Nancy Pelosi: “Our nation has lost a champion for truth and transparency. As one of the founders of PBS NewsHour, as well as its longtime host, Jim Lehrer worked to keep America’s leaders accountable to the people. My prayers are with his wife, Kate, and their family.”

Eric Alper, SiriusXM host: “PBS NewsHour co-founder Jim Lehrer has passed away at 85. I respected him immensely for his three philosophies: ‘The viewer is as smart and caring and good a person as I am. There is at least one other side or version to every story. I am not in the entertainment business.”

FNC’s Bret Baier: “Jim Lehrer, a friend and mentor to many, has died. What a life. What a journalist. A sad day but his legacy and example will carry on. I will miss him, particularly the love of country and politics he brought to everything he did.”